7 Days of a Stay At Home Dad 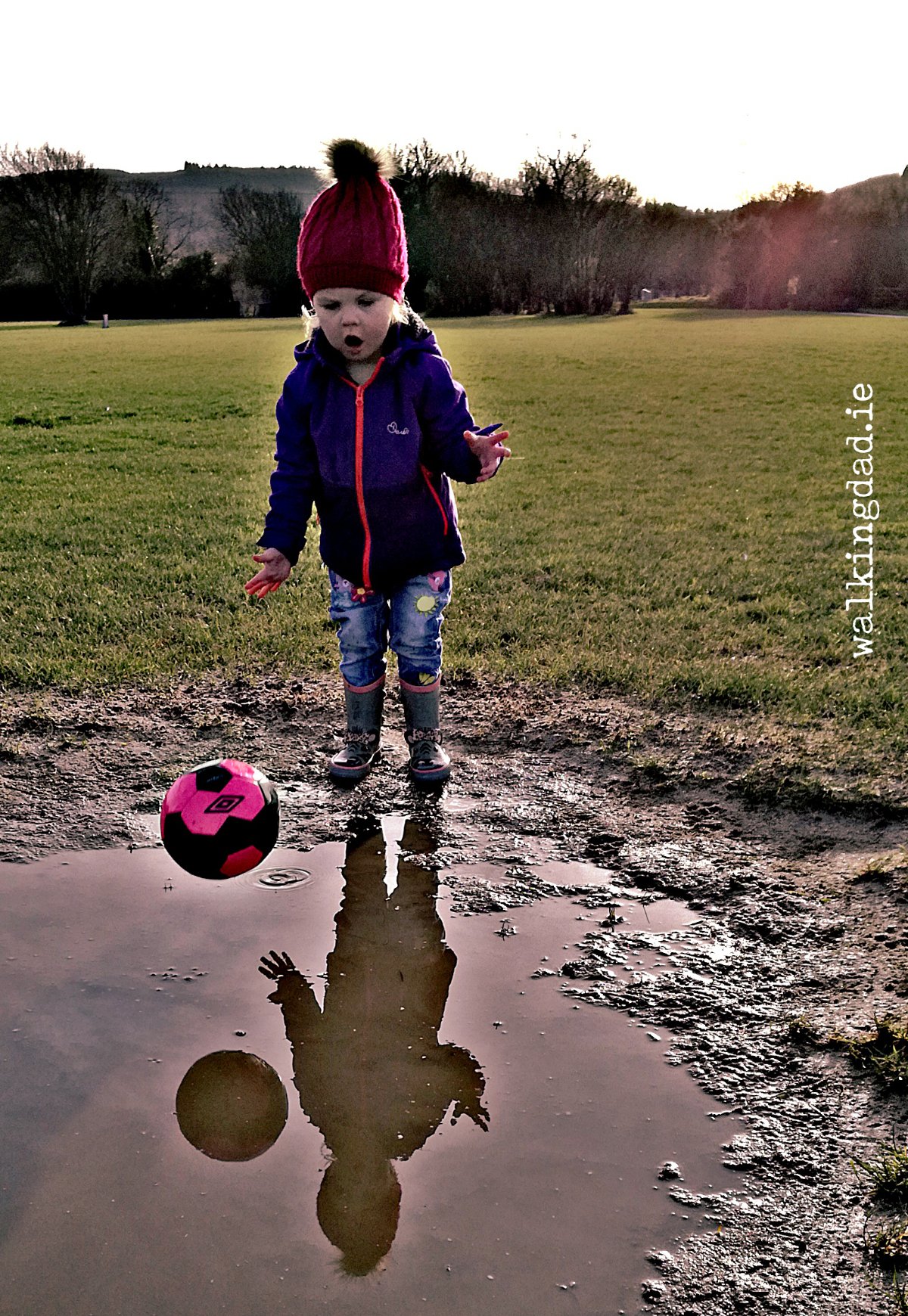 “I don’t mean to brag, but my Monday morning commute is a mere ten seconds long, and can be done in my underwear”

Now I know that sounds great, but imagine if you will, that you had to wake up, already in work, at your desk, every day. No snooze button, no fortifying coffee to steel you for the travails ahead, and definitely no option of taking a sickie for a duvet day. Slightly less appealing now, isn’t it?

Don’t get me wrong, being a stay at home dad is, without a doubt, the best job I’ve ever had, in job satisfaction terms anyway. Though if I HAD to criticise, I’d say: The hours are long, the pay non-existent, oh, and the boss is prone to wild mood swings and occasional incontinence. Mind you, over a decade of working in newspapers, I’d pretty much experienced all of those things before.

But like any other job, the stay at home dad life has its own inherent challenges and responsibilities. I believe that if, at the end of the week, I can assure myself that certain key needs have been met, then maybe I’ve not entirely failed as a primary carer to Amelia (Mimi).

Obviously food, sleep, and hygiene go without saying, but there’s more to parenting than just keeping them alive, so I feel our week must also include family, education, exercise, freedom, and Mama time. 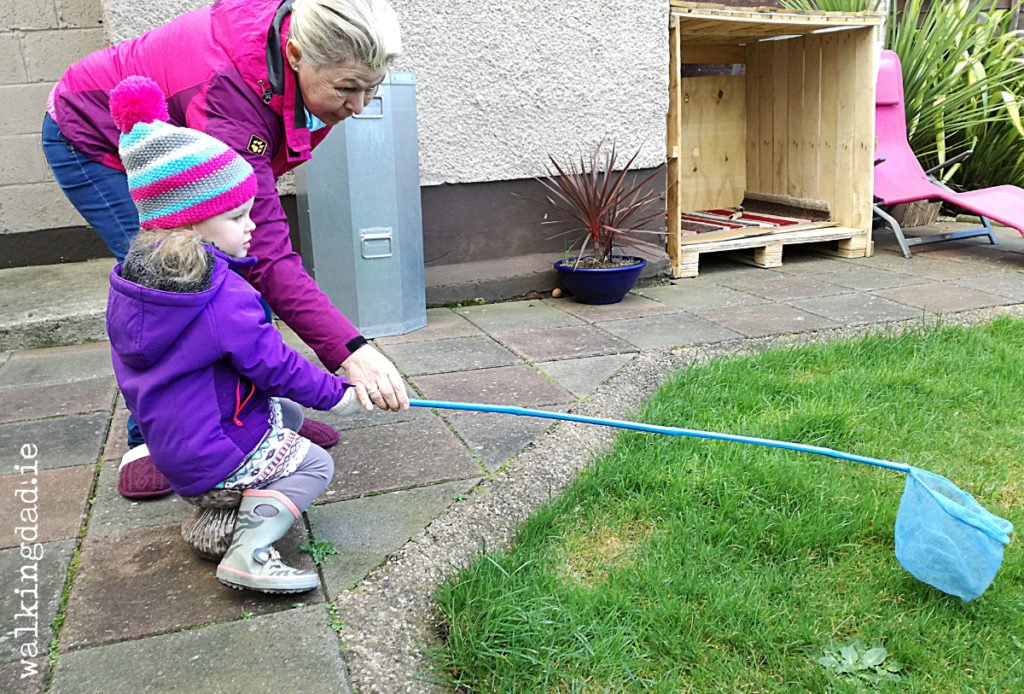 I must admit, as a new stay at home dad, I was reluctant to part with my little girl. To deliver her to anyone else’s care seemed remiss and frankly, I didn’t know what to do with myself when not with her. But it was selfish of me to keep her from her family, my in-laws, who have so much love to give and so much to teach her so I soon got over it. Ever since, Tuesdays have been Nana’s Day – when Amelia goes off to a haven of adoration and indulgence. I know now how lucky we are to have family so close by, and this gives me a chance to take on the domestic side of my job. Each week I attempt to scale and reduce the pile of laundry we call Mount Washmore, yet somehow it replenishes itself again!

Amelia, however, sometimes returns from Nana’s on the wrong side of a sugar rush, bleary eyed and exhausted from fun and frolics. At those times she has little patience for my so-called authority – a stark premonition of how her teenage years might look. 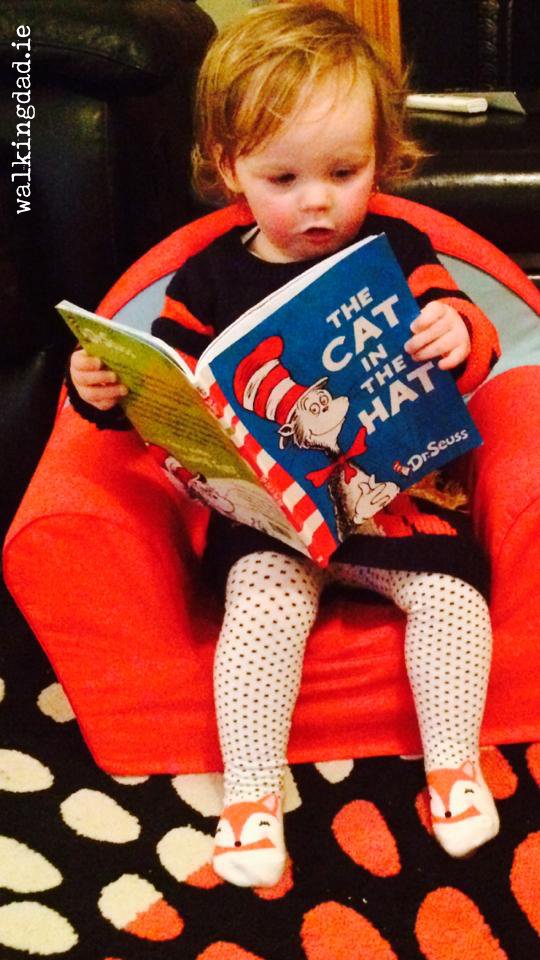 “Recently the dad numbers have swelled, to sometimes as many as FOUR!”

A staple of our routine is the weekly visit to our local library. The toddler playgroup there afforded an opportunity to expose Mimi to the joy and potential of books, along with the hedonism of running noisily riot in a bastion of calm and quiet. Storytelling, singing songs and rhymes, and the occasional toddler fistfight are the day’s highlights.

For the longest time I was something of a curiosity here – the only dad amongst a sea of doting mums. But recently the dad numbers have swelled, to sometimes as many as FOUR! Each of us nodding sympathetically to the other as we try, however unconsciously, to prove our capability. 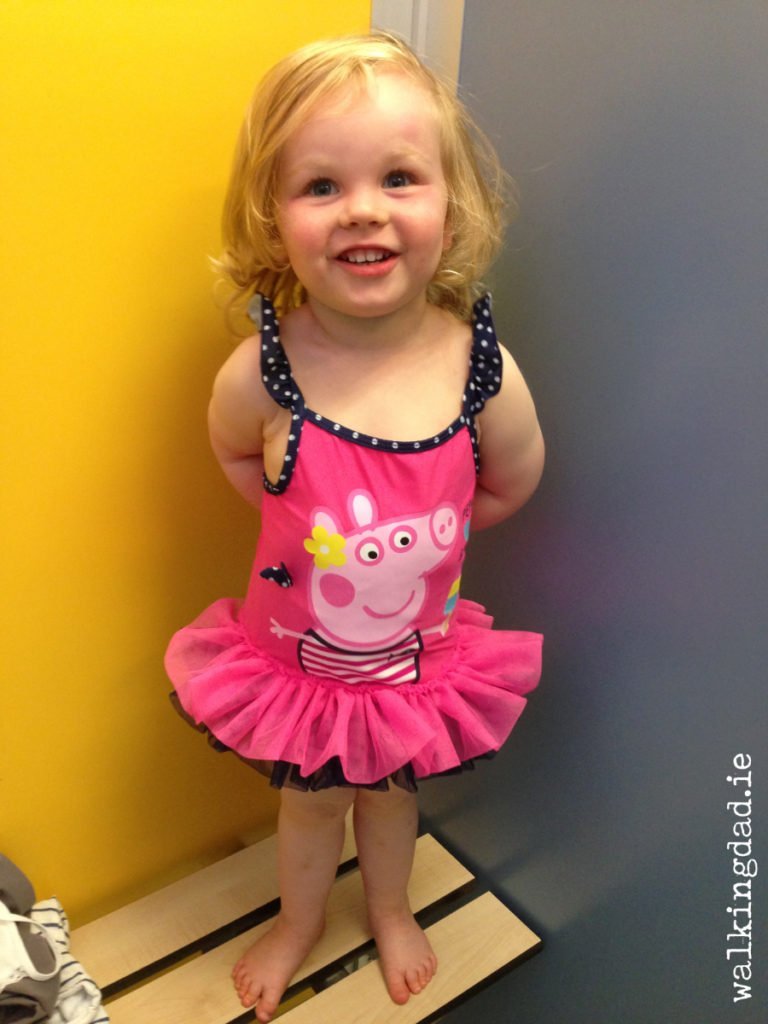 With education, culture, and socialising all covered by the library visit, it’s time for physical activity. Though no good at any of them, I’ve always played a lot of sports (Healthy Mind, Healthy Body and all that..), so I want Mimi to be active and fit too. Since six months old she has been to the swimming pool almost every week. Small progress is made each visit, though her technique needs work. Invariably my coaching of ‘kick, kick, kick,’ is curtailed by one of those kicks landing exactly where I don’t want it. Still, I’m not trying to raise an Olympic athlete, and at least she’s got a headstart on the self defence classes now. 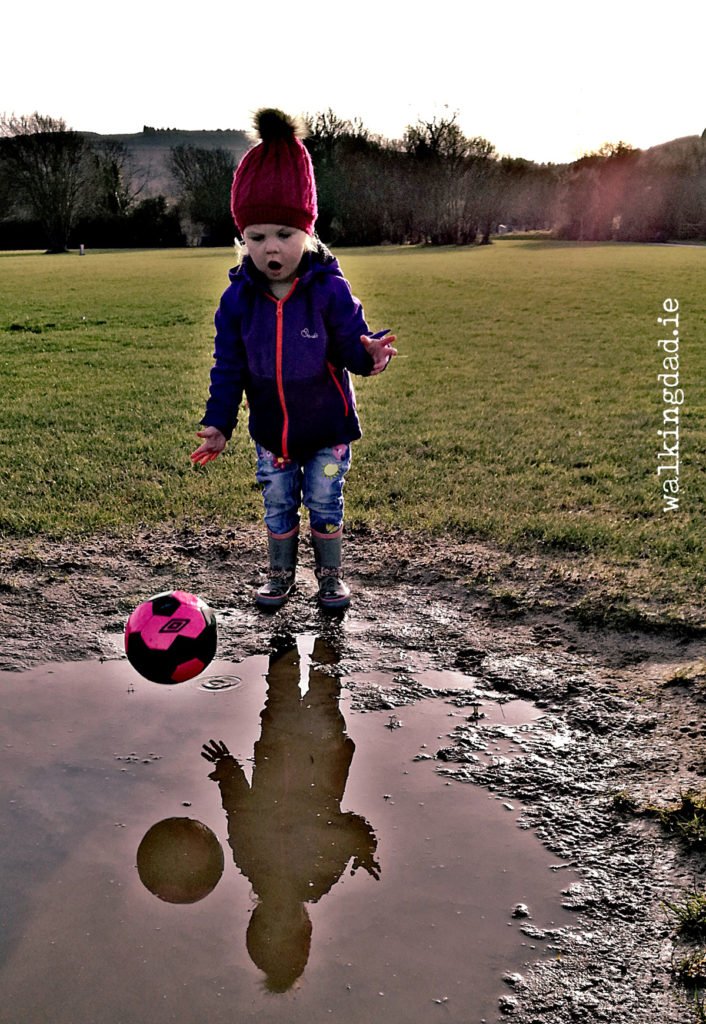 By the end of the week, Mimi is likely tiring of my company, my bad puns, and my mantras of ‘get down from there’ and ‘take that out of your mouth’. So it’s time to set her free. Not literally, though I’m sure she’d thrive, I just let her determine the itinerary of a day in the park. Weather permitting, it’s free range toddler day – in gumboots and gloves, I unleash her to wander, jump in muddy puddles, befriend creepy-crawlies, and harass other kiddies – I just follow her lead. 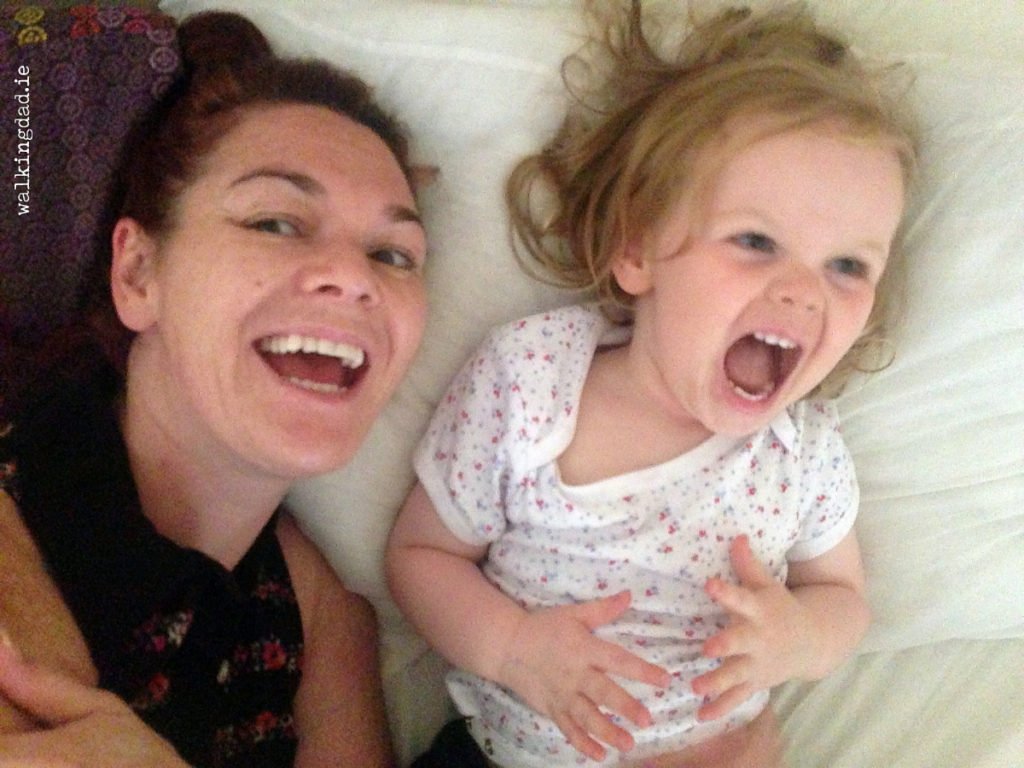 “A weekend of togetherness, however tired we may be, is only fair and proper, and couldn’t feel more right”

The weekend is family time, or more specifically, Mama time. While I make every effort to allow my hardworking spouse some sort of lie in, the reality is that Mimi is now all Daddied out. She’ll drag her groggy mum out of bed and into a convoluted game of hide-and-seek-meets-parkour as early as possible.

I would feel bad, but the hardest part of other mornings is waving Mama off to work. There’s a mixture of guilt – that she’s missing out on all the milestones and frolics in which I get to revel. Anxiety – that sooner or later I’m going to mess up this parenting lark in a way she never would. And smugness – that I get to spend my day with this curious, funny, beautiful girl and teach her what I can. This smugness, by the way, inspires a second round of guilt. So a weekend of togetherness, however tired we may be, is only fair and proper, and couldn’t feel more right.

After all, Monday comes around again pretty quick, and I’ll be commuting in my boxers again before I know it.

The Walking Dad is Eoin Flynn, who describes himself as a ‘recovering’ journalist, having spent over a decade in newspapers. Needing a change, he took a break to pursue more artistic dreams.. and then fatherhood happened. The original plan was to be a stay-home dad to Amelia for six months, but two years on he’s still at it –  and loving every day (mostly). He started the Walking Dad blog to motivate him to record the Stay At Home Dad experience, there was so much that he didn’t want to forget. With stay-home dads being something of a rarity in Ireland, blogging has introduced him to a global community of like-minded parents, from whom he is learning every day. Follow him on Facebook, Twitter, and Instagram. 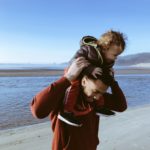 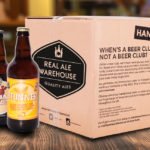 Dating For Single Dads – How Do...

Dealing With Nagging – How Do You...