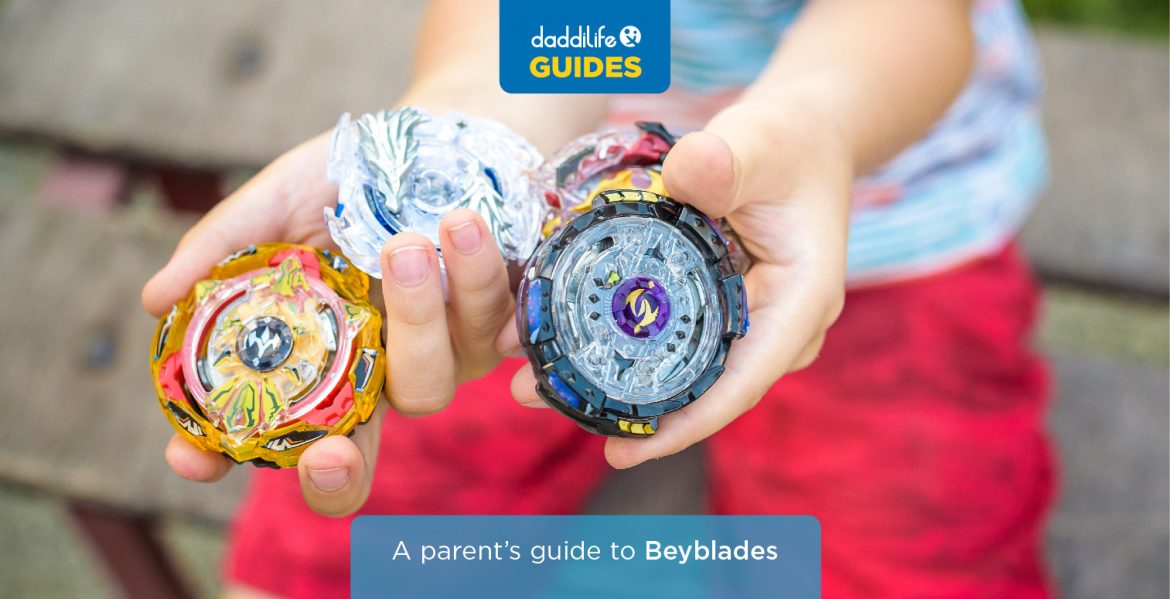 Having burst onto the scene in the early 2000s, Beyblade, also known as 'beyblades,' has gone through somewhat of a resurgence in recent years. If you haven’t heard of Beyblade yet, you're probably about to and we’re here to help and bring you up to speed.

During the first half of the noughties, Beyblade was one of the world’s most popular children’s toys with over 100 million sold. Based on Beigoma, a traditional Japanese spinning top design to create a humming noise, Beyblade is a spinning top battle toy based on customisable, interchangeable parts.

The toy rose to such prominence with pre and early-teens (8-14) thanks to its coordinated release alongside a ‘manga’ (graphic novel), a TV series, and video game.

In the TV and graphic novel series, a group of children harness the spirits of the constellations to power their Beyblade spinning tops as they seek to become Beyblade world champions.

The first series follows Tyson’s quest to become Beyblade World Champion for the first time. The team go their separate ways in series two, Beyblade V-Force, only to reassemble to defeat new rivals. In the third series, now with separate teams, the characters are forced to come up with a new type of metal Beyblade to overcome the main villain.

Beyblade made a comeback in 2009 with the new Metal Fusion series until 2012, and again with the introduction of the Beyblade Burst series in 2016.

Why Is Beyblade So Popular Now?

Like with so many toy franchises, the first generation of Beyblade fans are now old enough to have children of their own and are keen to pass on their love for the game and world of Beyblade. It’s a chance for parents to relive their youth and spend quality time with their children, encouraging them to learn about a whole new world of fun.

But beyond that there have been other reasons too.

The Beyblade, sometimes referred to as ‘Bey’, consists of three basic parts. 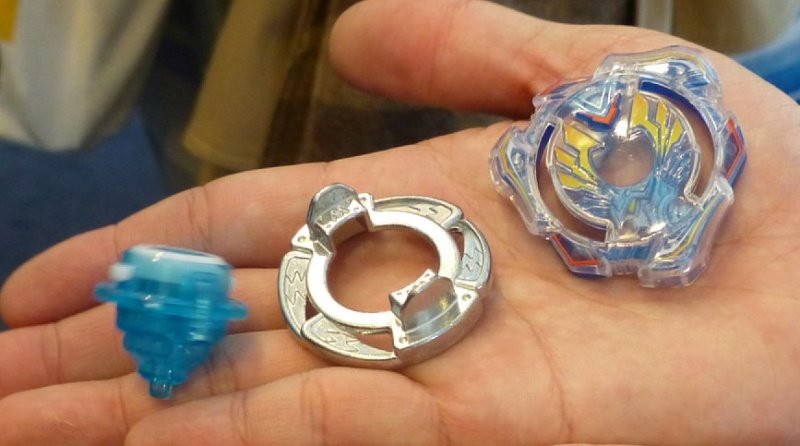 From right to left in the picture above:

The Magnacore System was introduced alongside the second series of the programme - a range of magnetic Spin Gears and Weight Disks to attract or repel Beys from each other. The G-series saw the introduction of Engine Gear Systems, which further affected how Beyblades would move during battle.

Following the innovation during the third series, Heavy Metal Systems replaced the plastic parts with metal ones, although the individual components remained largely the same.

2015 saw a new manga and toyline introduced. The Burst series introduced the concept of a Beyblade bursting if it sustained enough hits.

There are four types of Beyblade:

Attack – Attack Beys focus on beating their opponent as fast as possible with fierce assaults.

Stamina – Without obvious attack or defence strengths, Stamina Beys are designed to spin for longer, so they can outlast opponents.

Balance – A combination of the other three types, Balance Beys offering an even range of strengths but no glaring weaknesses.

Other versions of Beystadiums often correlate to the series they were released alongside with a variety of different features.

A Beyblade Launcher is, as you might expect, used to launch the spinning top into the stadium and into battle. It is a handheld device with a plastic rip cord used to initiate the spin.

Launching your Beyblade can have a big impact on the outcome of the battle. There are several ways of launching your Bey at a variety of different angles to prompt an attack, dodge or longer spin than the opponent.

The most common questions around the rules of Beyblade as follows:

How many players in a match?

A Beyblade match takes place between two or more players, with the overarching aim to score more points than the opponent.

How are points awarded?

Points are awarded depending on how the battle comes to an end. One point is awarded when the opponent stops spinning before you, called a ‘Survivor’ or ‘Spin Finish’. One point is awarded if you manage to knock your Beyblade out of the stadium or into one of the stadium’s traps, called ‘Ring Out’ or ‘Over Finish’. Following the Beyblade Burst series, two points are awarded if an opponent’s Beyblade breaks into pieces, called a ‘Burst Finish’.

With such a vast array of options available, we’ve compiled ten of the best Beyblade products available online.

“This gives you everything you need to get started in one purchase.”

This works perfectly as a starter set with a Rail Rush Beystadium, two Beyblades and two launchers giving you everything you need to get spinning. The stadium features a dual rail system that propels Beys through the rails and into battle. The Slingshock rail system fires the blades around curves to create flashpoints.

“Three Beys from the Burst series for this price is great value."

This is a set of three beys and a limited-edition launcher from the Beyblade Burst series, offering excellent value for money. The set includes the Victory Valkyrie Attack Beyblade, the Inferno IFRITE Balance blade and Storm Spriggan Balance blade.

“A great way to store plenty of Beyblades.”

Being relatively small toys and often splitting into several parts, storing Beyblades could turn into a nightmare for any parent. To avoid constant groans of ‘Have you seen my…?’, this Beyblade Burst Beylocker is the perfect solution. It stores up to 20 Beyblades along with a separate compartment for storing launcher rip cords. This version includes a Beyblade Burst consisting of the Valtyrek Energy Layer, Wing Forge Disc and Acela Performance Tip.

“This is a launcher that not only looks great but provides players that extra boost when launching their Beys.”

The Beyblade Metal Masters Grip is a customisable launcher that ensures maximum fun and performance during battle. The launcher’s design is strong to ensure a superfast spin, and stable that increases accuracy, meaning players can start the match exactly the way they want to. It comes with a set of stickers to allow players to customise their launcher, meaning they’ll look as good as they play. Please note, this does not include rip cord.

“One of the highest rated Beyblades across the whole series!”

The Cho-Z Valkyrie is an Attack type Beyblade, featuring a feathered, armoured face similar to its predecessor, the Winning Valkyrie. Its heavier weight than most increases its attack potential, making it one of the most dangerous options. The Cho-Z Valkyrie’s design means it requires a lot of speed at launch, so it’s probably best suited to older players.

“The Revive Armour is something to be feared.”

Another of the world’s best-loved Beyblades, this time the Revive Phoenix 10 is known as one of the greatest Defence type blades. Its energy layer comes in two pieces, giving it a unique advantage. The outer layer, known as the Revive Armour, can be detached separately from the rest of the layer. If it becomes dislodged in battle, the blade becomes much lighter and smoother to reduce recoil. Also, if the Revive Armour stays in the stadium, it can disrupt the opponent.

"If you’re looking for a great Balance type, this is it."

We had to include one of the most revered Balance type Beyblades, as well! The Zillion Zeus is best known for its stamina, with a combination of improved stability thanks to a metal Performance tip and greater knock-out resistance with a lower central balance. It means that the Zillion Zeus will still be spinning long after the opponent has exhausted their arsenal of attacks.

"The vertical drop concept offers something new and exciting in the Beyblade world."

The Beyblade Vertical Drop Hypersphere Set offers everything you need to get started with the vertical drop hypersphere Beystadium, two right/left-spin launchers, and an Ace Dragon (Attack) and Bushin Ashindra (Defence) Beyblades. The Hypersphere stadium is designed to allow Beys to climb the walls and drop onto their opponents for amazing battle moments. The Beys’ performance tips are specifically designed to allow them to climb the stadium walls.

"One of the most dangerous Beys available. You have been warned!"

The Bakushin Susanow 90WF is one of the highest-rated Beyblades from the Metal Masters series. Its Spin Track is one of the lowest on the mark and the Wide Flat Performance Tip is twice the size of normal Performance Tips. They combine to give it an extended reach for devastating attacks. The design allows it to move with speed and strength for a powerful attack.

" It’s something truly unique in the world of Beyblade."

Beyblade Micros may be the smallest Beyblades on the market, but they still bring a whole lot of fun to the match. This set has everything you need to do battle with the Micros range, including a Micros-Be Stadium, two Micros blades (1 Spry Zen S2 Energy Layer, 1 Valtrex V2 Energy layer and two Performance Tips), and two launchers. Please note, only Micros Beyblades should be used in the Micros-Be Stadium.

There's nothing we love more than seeing dads and their children in good Beyblade play. Here are some of the stories we've loved and been inspired by.

“Neighborhood” Mini-Tournament Battle : Semi-Final Match 2 3 on 3 battle (WBBA Asian style) : Me vs @stgallegos Here are the battle videos! Guess who won? The combos are at the previous post. #beyblade#beybladeburst#takaratomy#wbba#worldbeyblade#3on3#beybladebattle#stayathome#영실업#beybladeburstgt#beybladeburstchoz#beybladesparking#ベイブレード#ベイブレードバースト#베이블레이드#베이블레이드버스트#베이블레이드gt#베이블레이드초제트#베이블레이드스파킹#스파킹 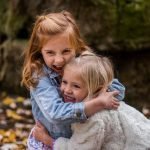 Five lessons from the pandemic we should teach our children 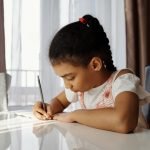 Seven new things to do during lockdown