Where were you when you read the book?

At 18 months old we haven’t really introduced Talia to Space related games, books, toys or TV shows. I wasn’t sure if this book would hold her attention and also wasn’t sure if she would get bored quickly. She has other DK Peakaboo books and is used to the concept so was keen to try it out. I aim to read with her every morning in our pyjamas. The main bulk of her book collection is in the lounge with her toys.

What did you / your child enjoy about the book?

The main characters are Daisy and Danny, I thought it was a great idea to have a girl and boy as main characters to keep both sex’s interested. Talia didn’t know what a rocket was but liked the countdown from 10-0 and lift off…

Once in space the backgrounds of the pages turn black which again is a new experience for Talia as most of her books have white backgrounds. She seemed to stay interested especially as she recognised starts in the sky, something we have recently pointed out to her being summer and having clearer skies at night.

Rilo the robot was a hit, She has seen many robots on Baby TV and thought he was funny. A close second were the aliens on their spaceship, which got a little giggle.

I don’t think she understood the story and the book hasn’t been re-read as many times as some of her other Pop-Up books have. As she gets a bit older and recognises more things to do with the night sky, moon, aliens, planets, rockets and stars I think we will return to the book and see how she interacts with it.

Being a pop-up she enjoyed seeing what was behind each flap and trying to pull the pop-ups closer. I did worry about damaging the book as the pop-ups are delicate especially as Talia can be heavy handed like most excited children from time to time.

On a rating out of 5, how likely would you recommend it to other parents?

I would recommend this book to children slightly older than Talia, maybe 2 years old and still think boys would take to it quicker than girls. I would give this book a 4 star rating P.S. Rilo Rocks!! 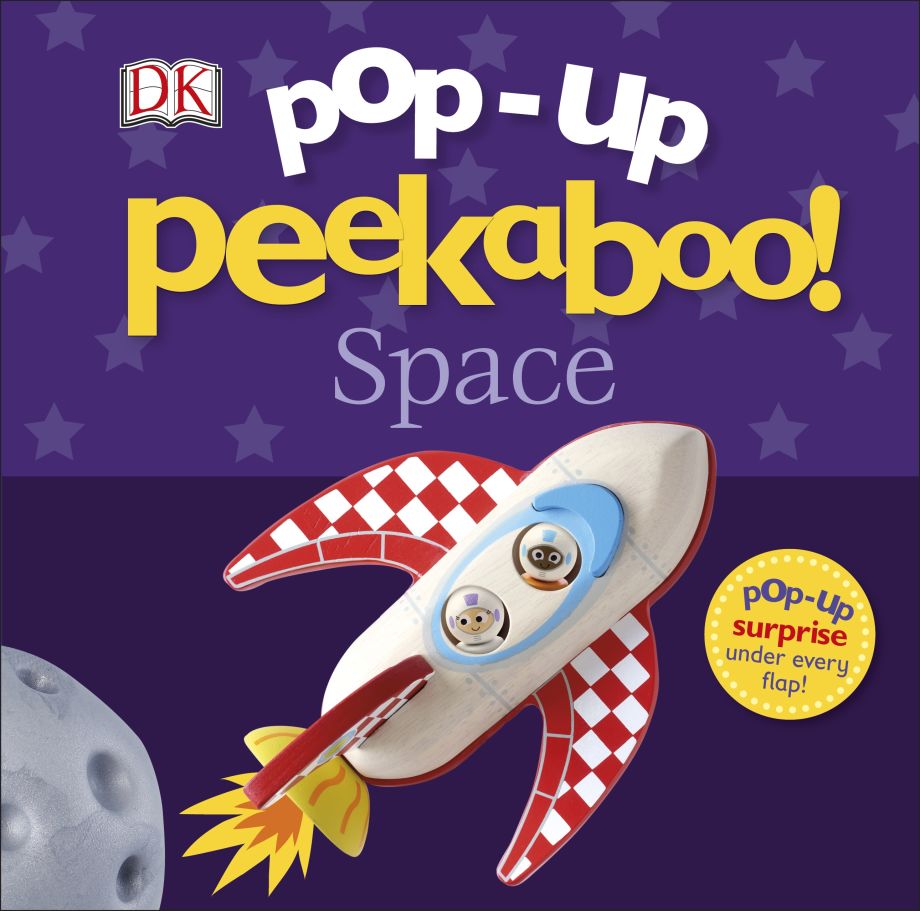 Take your child on a pop-up space rocket adventure, and fly to the Moon in this lift-the-flap baby book with pictures that pop off the page! This is an imaginative pop-up peekaboo book follows two little astronauts, Annabelle and Arthur, who are rocketing into space and heading for their first Moon landing.

Babies and toddlers can lift big flaps and see peekaboo surprises pop up from the page: the space rocket launching, an exciting rocket race, a helpful robot, a funny alien spaceship, and finally, Annabelle, Arthur, and their little robot landing on the Moon, and planting a flag with a friendly message from Planet Earth.

The lively, read-aloud rhymes encourage literacy and early learning, while the surprise pop-up space scenes will hold the attention of curious preschoolers. With the help of parents and caregivers, toddlers will have fun turning the sturdy board book pages, guessing what’s hiding under each flap, and then lifting the flaps to find the space characters and play peekaboo!

Ideal for interactive preschool play, Pop-up Peekaboo! Space will appeal to both parents and children and is certain to keep little ones entertained time and time again!