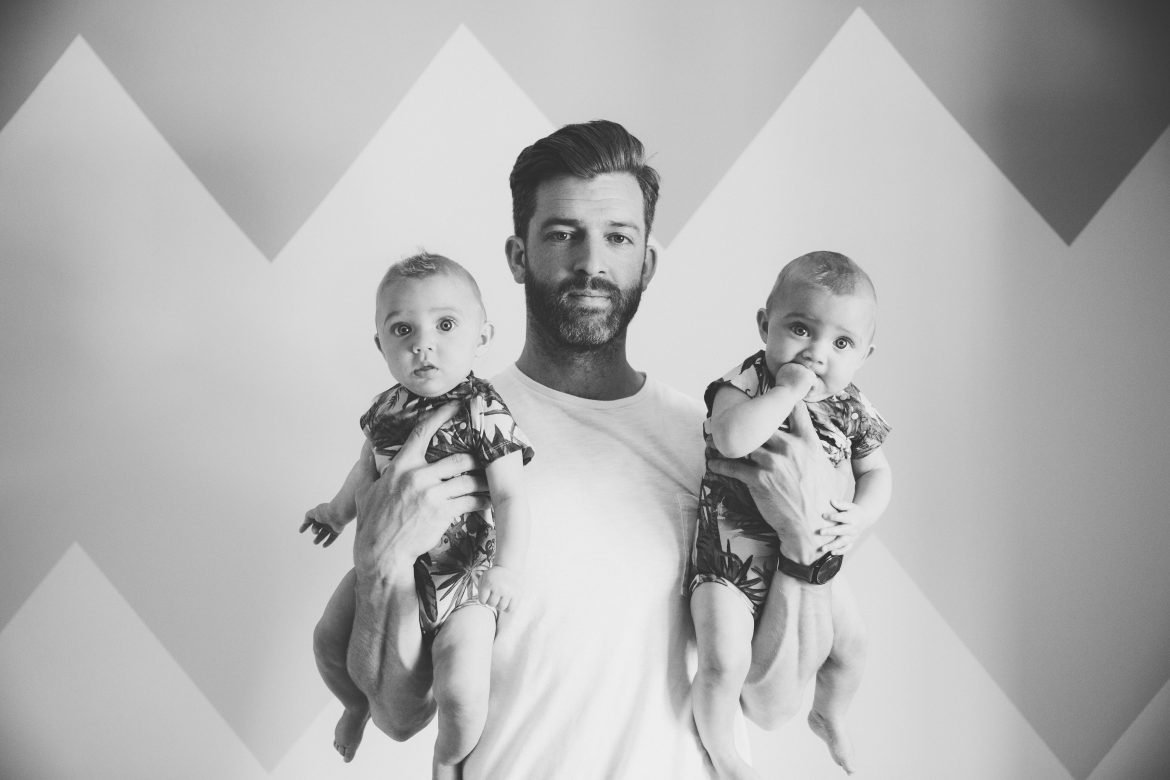 “When I started reading about hypnobirthing, it felt like something that we could both be involved in, and that would enable me to support Clemmie better than maybe I had done previously in other births.”

After the birth of his first two daughters, Simon Hooper might have been forgiven for feeling something of an old hand when it came to childbirth.

But he didn’t. In fact, like many men, he spent the births of his first two children ping-ponging between states of shock and inadequacy. “I was that guy standing there pouring water for her to drink and giving her back a little rub and generally feeling a little bit helpless and a little bit useless,” he admits.

Many dads will be able to sympathise. Birthing rooms have a habit of making dads feel a bit out of place. However well intentioned, the quiet competence of midwives can make men feel a bit in the way, at least until the birth moment itself.

The basics of hypnobirthing

To cut a long story short, hypnobirthing is a combination of mindfulness, relaxation and deep breathing techniques designed to make the birth experience more positive. It is said to help both partners manage stress hormones and reduce anxiety, which can lead to a calmer birth.

There’s some limited evidence that hypnobirthing can make labour shorter in some cases, and potentially reduce the need for drugs and medical interventions.

And crucially, for dads, hypnobirthing gives us something to do. As Simon says:

“Hypnobirthing gave me a role potentially to do something that was a bit more active and a bit more engaged.”

Of course, he wasn’t entirely convinced, at least not to begin with. He says: “I was thinking, hang on, what is this? We’ve had two children already. Do we need this other thing?”

As he’s happy to admit, meditation had not played a big part in his life up till then. Affirmations were for other people. He knew very well how to breathe, so why did he need breathing exercises?

But the more Simon found out about hypnobirthing, the more convinced he became. “I think the more I learned about it, the more I realised it's actually about breathing and massage and being more in tune with what's actually happening in the room and helping that person through the process, and also keeping yourself calm as well so you can be more engaged.”

Simon and Clemmie attended a number of sessions to ensure hypnobirthing was for them. Simon quickly came round to the idea, because it engaged dads as well as mums.

“The first couple of sessions we did, I felt “oh, I have a real role in this” and that makes a difference,” he says. “I was very pleased after the first two or three sessions because while hypnobirthing is certainly to help the mum, I could tell that it’s for the dad too.”

The hypnobirthing sessions gave Simon the skills and confidence to be truly useful in the birthing room, which is all that any dad wants to be. 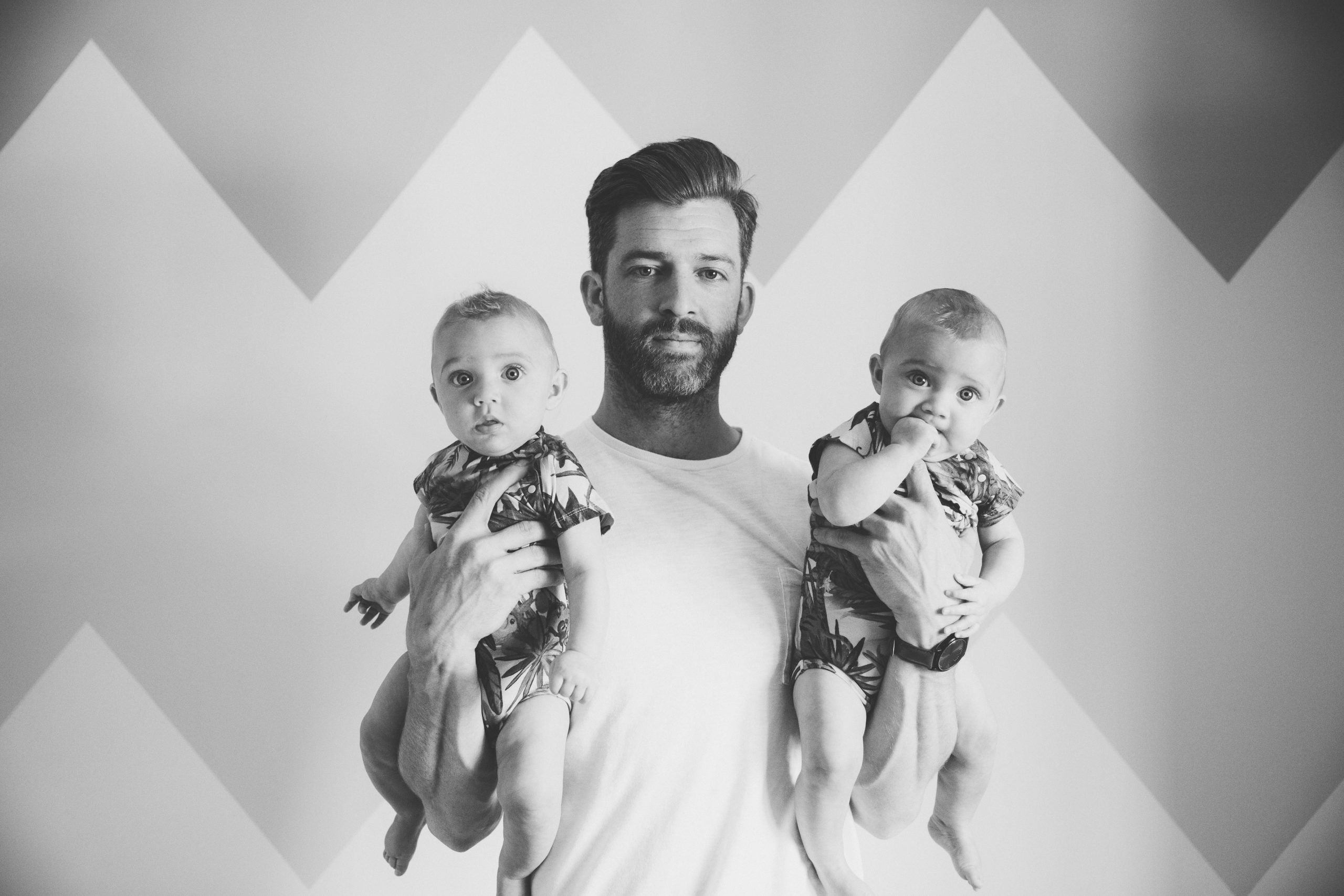 Still, couples learn all sorts of techniques in antenatal classes that tend to get forgotten in the heat of childbirth. Would hypnobirthing turn out to be another birth plan that worked better on paper than in reality?

Simon says that, on the contrary, his experience was entirely positive. He was engaged throughout his wife’s labour, with a real sense of being present.

The couple also used affirmation cards in the build up to the birth to produce a positive environment, and lavender oil to promote a sense of calm.

“We set the environment that allowed her to be calm, to be able to focus on breathing and to be able to attune to what was happening with her body,”

Hypnobirthing helped smooth the arrival of the couple’s twin girls, and Simon also adds that they still use some of the techniques they learned in everyday situations.

“Clemmie certainly still uses some of it more than I do,” he says. “But I find it useful in some circumstances too, especially when I’m feeling angry.”

He adds that he used it in “microdoses”, and especially the breathing techniques that can help defuse a potentially explosive situation.

“It’s all around breathing deeply and then you hold it, and that’s really useful, especially when you’re having a bad day and the kids are playing up or whatever. You don’t respond immediately because you hold that breath in, and that gives time for you to become calmer and to reflect more on what you’re about to say.”

Simon believes the techniques learned for hypnobirthing have stopped him saying things he might later regret, especially to the children.

“There are always things out there that can help make things easier or less stressful, and having a willingness to explore those is the first step,” he says.

Hypnobirthing is a help - not a panacea

Nobody would claim that hypnobirthing produces a perfect birth experience, for either mums or dads. But maybe it can help, and it certainly did with Simon and Clemmie.

They had one or two challenges during the experience, but they would be quite easy to overcome. Simon says that they had an audio file to help Clemmie with breathing techniques at a certain point in the labour, but didn’t have an audio player so Clemmie listened through her headphones. That excluded Simon from the process. “Easily solved, of course. Have something you can play out loud, because it made me feel like I was slightly out of sync with things that were happening,” he says.

One other issue was entirely unique. Clemmie is a midwife at the birthing centre where she had the twins, so the labour was sometimes a bit overrun with well wishers. Not many couples will have that problem!

Otherwise, hypnobirthing helped to create the atmosphere for a calm, smooth birthing process. It can’t do that in every case, and it’s an aid, not a panacea. But for dads who want to be more involved in the birthing process, it might be worth checking out.

Simon's insights, as well as more than 20 other hypnobirthing dads are featured as part of our new book - A Positive Birth: A Dad's Guide To Hypnobirthing - which is available on Amazon. 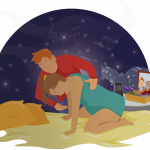 A Positive Birth – The First Ever Hypnobirthing Book For Dads 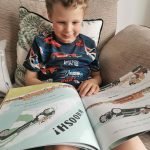 A Dad’s Guide To Hypnobirthing