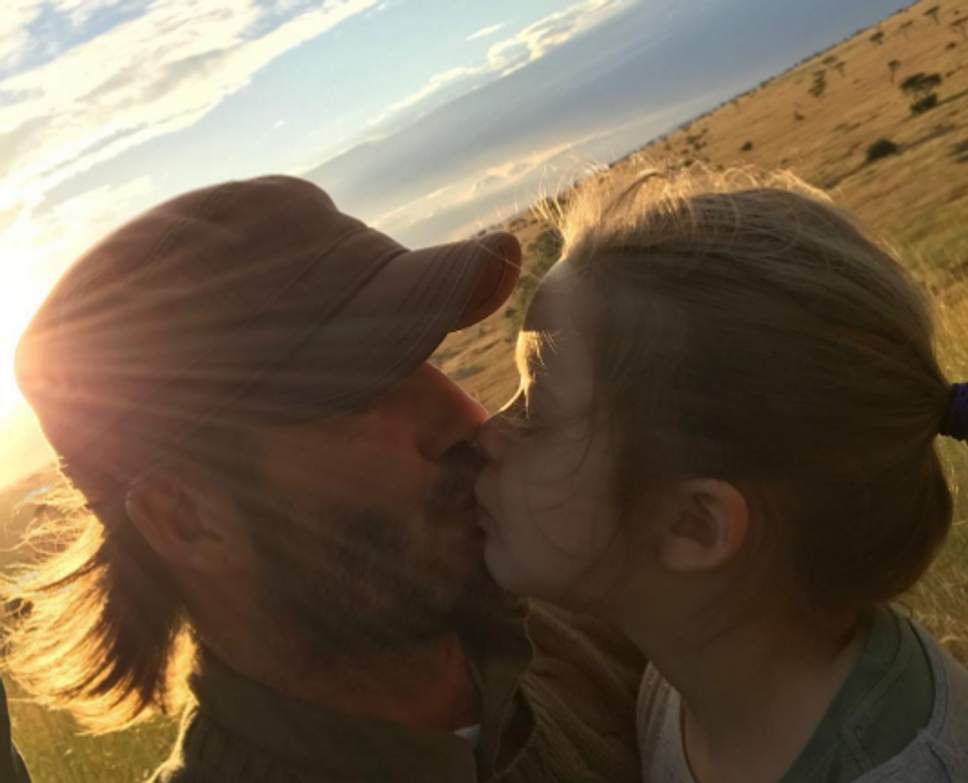 David Beckham caused a furore by kissing daughter Harper on the lips. Is mouth kissing inappropriate?

David Beckham is no stranger to controversy or the bear pit of social media, but even he may have been caught off guard by some of the criticism he received last week for something so seemingly innocuous as kissing his daughter.

What set the internet alight was not so much the kiss, but where it was placed. The picture he posted online showed Beckham kissing seven-year-old Harper on the lips.

A loving father showing his young daughter affection, or something a bit creepy? Needless to say, the social media masses had strong opinions.

“Why would you kiss your daughter on the lips? It’s disgusting. Very weird,” said one outraged commentator. Others called it inappropriate. One added: “David, to kiss lips of your daughter that’s wrong.”

Is it wrong? What are the boundaries for being physically affectionate as a parent? One person you probably wouldn’t go to for a thoughtful analysis of that (or indeed any) subject is Piers Morgan, but the presenter weighed in anyway. Morgan called Beckham’s kiss “creepy” and “weird”.

But plenty of people sprang to Beckham’s defence, with Rebekah Vardy, wife of footballer Jamies, going so far as to post a picture of her husband kissing their daughter on the lips on holiday. “Wow…read it all now,” she added. “I kiss my children on the lips all the time. It’s not weird, disgusting or anything else it’s NORMAL.”

Footballer and dad David Cotterill agreed. “What’s the world coming to (when) u can’t even kiss you’re own child,” he posted.

Dad Ian Singleton went further, sharing a picture of him kissing his little girl on the lips while both of them flipped the finger to the camera. And indeed a flurry of pictures of dads kissing young children followed, many using the hashtag #standbybeckham. 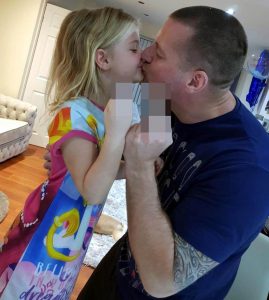 What do experts think?

Unsurprisingly, some experts have waded in to the debate about what is and isn’t appropriate when it comes to kissing your kids.

A couple of years ago, after another furore had erupted over a Beckham (this time Victoria) kissing their kid on the lips, child psychologist Dr Charlotte Reznick suggested in the Daily Mail that the act might be confusing for a child.

“If you start kissing your kids on the lips, when do you stop?” she asked. “As a child gets to four or five or six and their sexual awareness develops, the kiss on the lips can be stimulating to them.”

There was more: “People don’t like to hear this but the lips are an erogenous zone and feel-good chemicals that are associated with sexual arousal — including serotonin and oxytocin — are released through lip-kissing.”

If you start kissing your kids on the lips, when do you stop

“Not confusing in any way”

And Sally-Anne McCormack, another psychologist, was more forceful still. “There’s absolutely no way that kissing a young child on the lips is confusing for them in any way,” Dr. McCormack said. “That’s like saying breastfeeding is confusing. Some people might have issues with it, but it isn’t any more sexual than giving a baby a back rub.”

A cynic might say that, having caused similar outrage before, the highly sophisticated Beckham publicity machine knew exactly what it was doing by sharing the latest intimate family snap online. Nevertheless, lip kissing is clearly a subject that divides opinion.

So what do you think? Should dads kiss young kids on the lips, or is it best to stick to cheeks and foreheads? Isn’t fatherhood confusing enough already without something else to worry about? Please share your views in the comments below or on our Facebook page.

Should you kiss your child on the lips? was last modified: August 25th, 2021 by Hugh Wilson 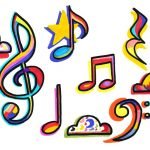 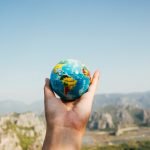