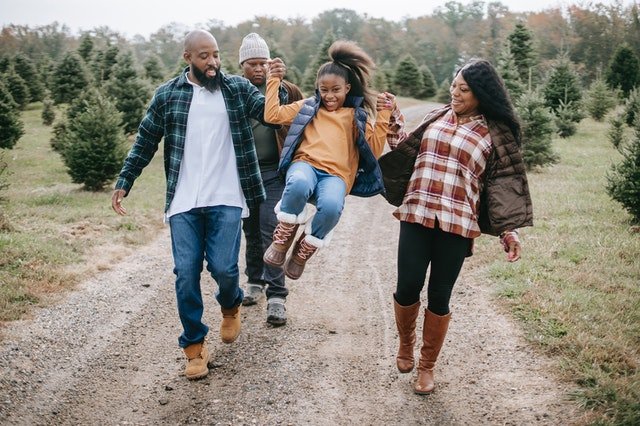 Covid-19 has changed everything, and that includes fatherhood. It’s unlikely to ever be quite the same again.

A once-in-a-century pandemic comes along and what seemed like rock solid certainties just 12 months ago tumble like a house of cards.

Take work, for example. Some of the biggest companies in the world are now saying their workforces are unlikely to ever go back to the office full time. Bosses are asking themselves if they really need to be paying for that fancy glass and steel monolith when their employees are working just as productively from their spare bedrooms.

And Covid-19 is changing fatherhood, too. Locked down dads have spent more time with their children than ever before. Homeschooling has tested our abilities, and patience, to the limit. We’ve all experienced the freedoms and frustrations of flexible working.

So what will fatherhood look like in 2021 and beyond? Here are a few possibilities.

Back in May 2020, the Office for National Statistics (ONS) calculated that the first lockdown had led to a 58% increase in the amount of childcare undertaken by dads.

The pandemic forced this change, but many men liked it. Childcare can be tough, but it’s also fulfilling. Many dads benefitted from mixing periods of playing, crafting or homeschooling with the daily grind of work.

In fact, according to a Harvard study, 68% of dads said they report feeling closer or much closer to their children since the pandemic, and 57% percent said they are appreciating their children more. “What we’re seeing here is that fathers, many of whom had previously been consumed by their work or absent from their households, have developed a new sense of closeness to their children during the pandemic,” said Rick Weissbourd, co-author of the study.

A post shared by Lily and Lyla Too (@andthen_thereweretoo)

But flexible working was crucial to that balance. The ONS also found that men were working, on average, an hour and a half less each day in the first months of lockdown. For some dads, lockdown was like taking a step off the treadmill, and realising that the ground didn’t cave in if you weren’t at your desk 10 hours a day.

Will dads continue to be able to spend more time with their children, even after lockdown ends? A large majority would like to, as our own research has found. It’s sad that it took a global health crisis to really push this agenda forward.

But there’s some suggestion that work patterns that allow for a better work-life balance will continue after the pandemic. Many companies are considering the benefits of hybrid working, where employees spend some of the week in the workplace and some at home.

Many dads have had a first taste of working from home, and generally found that (if not ideal), it’s perfectly do-able. Working from home cuts out commuting time, which in 2018 was nearly an hour a day on average in the UK. That’s an hour dads can spend with their kids, or cooking the dinner.

There are other promising signs. Covid has accelerated trends already in play, and freedom from the office has loosened hierarchical structures. Managers seem more amenable to the idea of judging employees not by time spent at work, but at the quality of work they deliver. That could free up more dads to be both productive employees and more engaged parents.

Let’s see what happens after the pandemic before celebrating too hard, but there are grounds for optimism. As Adrienne Burgess of the Fatherhood Institute writes: “Working from home typically gives an employee greater control over when, where, how much, or how continuously work is done, and when applied on a wide scale may result in a new way of thinking for both employers and employees.”

So if worklife and childcare models do improve in a post-pandemic world, will it change what it means to be a successful dad in 2021 and beyond?

Last year we collected together much of the available scientific evidence on the effects involved dads have on their childrens’ development. It quickly became clear that the ‘father effect’ was real, and fundamental to positive outcomes for children. Quite simply, involved dads are an essential part of the parenting partnership.

If the pandemic does change attitudes to work and childcare, many dads will have no more excuses. If employers offer flexible or hybrid working, it’s up to dads to take it and make the most of it. We’ve all enjoyed more time with our children during lockdown, so the onus is partly on dads to not let that progress slip away when life returns to ‘normal’.

At the same time, the growing realisation of the fundamental role dads play should also be recognised officially. Better paternity rights are still required, despite the introduction of Shared Parental Leave (SPL). Preconception, maternity and post-natal services should reach out to dads as well as mums. There should also be greater focus on the mental health of new fathers.

And the fight for equality starts in the labour room. Covid saw hospitals around the country and around the world banning dads from delivery rooms and new mothers’ wards, while in some areas expectant mums were told to attend ultrasound scans alone. This was a significant step backwards, underestimating the role dads play and returning them to the sidelines of parenting.

So overall, what will fatherhood be like in 2021 and beyond? For now, it’s all about lockdown, home schooling and – for many dads – a rare chance to spend more time with growing children. There are signs that some of the more positive trends of the pandemic – especially a change in attitudes to work – may be with us for the long term. Dads need to grasp the opportunity to make temporary changes permanent, while fighting any attempts to return them to playing a bit part in the great parenting drama. 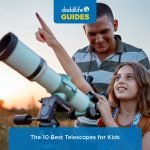 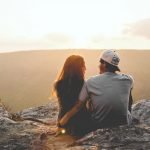 How Do We Talk About Sex After Birth?