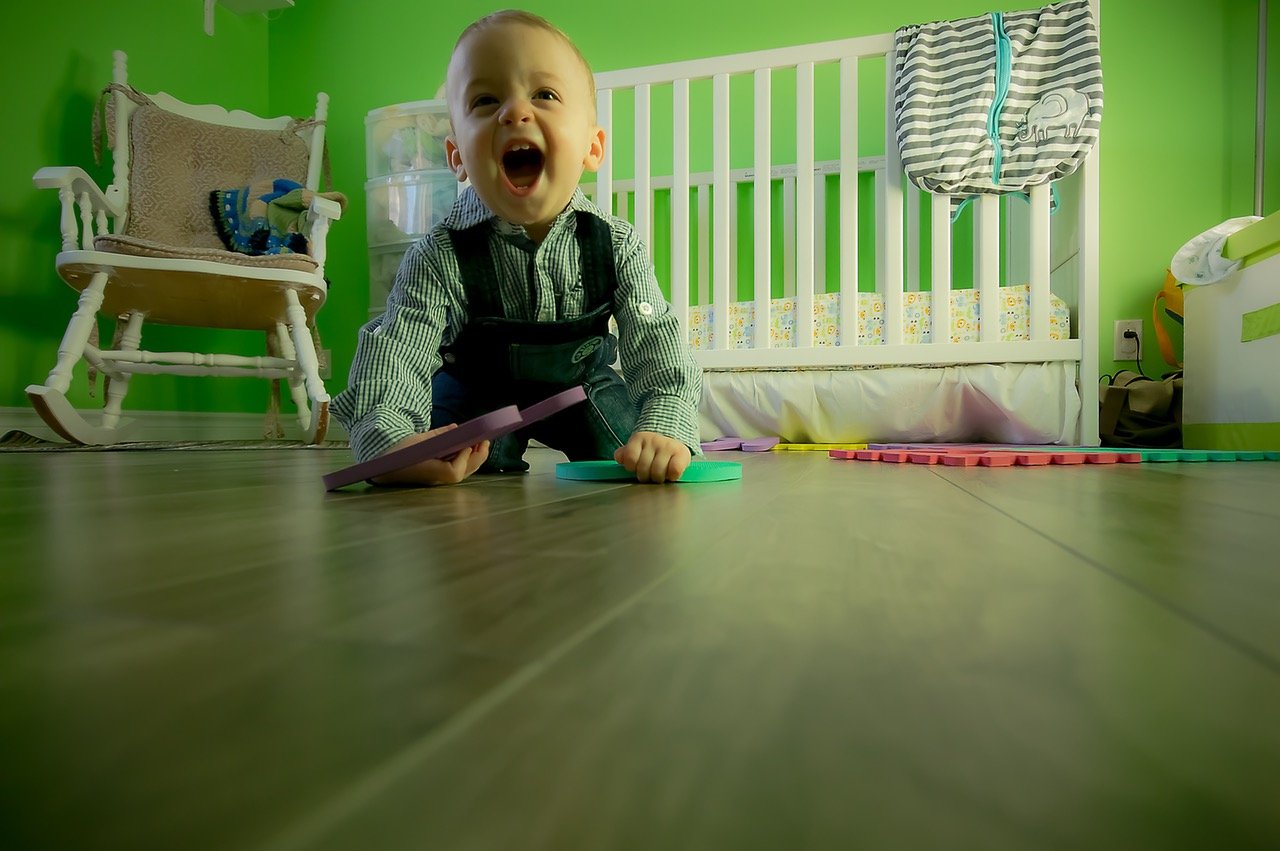 My son was born a month early, and recently celebrated his 11th birthday (my daughter, who is seven, did the decent thing and arrived pretty much when expected).

His early arrival was especially tough on me, because I’d put aside that final month to fully prepare myself for what life would be like with a child. A little bit last minute, true, but up until that point I’d always left things to the last minute and they’d almost always worked out fine.

When my tiny, beautiful little boy was presented to me at 1am in the morning after hours – indeed days – of pain and torment (and my wife had it hard, too!), I realised that in this case leaving things to the last minute had not been such a good idea.

So I learnt on the job, as we all do to some extent. Those first weeks and months were terrifying, frustrating, amazing, weird, exhausting, and life-affirming, sometimes all at the same time.

And now they’re an increasing distant memory. From this vantage point, I look back on my new dad self with pity. What a confused, rabbit-caught-in-the-headlights picture I must have presented back then. If I could speak to that poor sap now, here’s what I’d tell him.

The early days of fatherhood are surely the only manifestations of hell that you come to miss. And miss them you will. The old ladies who will now befriend you at bus stops just to peer into your pram are right: it really does go too fast (and yet, at the time, not nearly fast enough).

Take it in kiddo. Soak it up. Turn it into memories that stick. That moment when he stared right into your eyes, for ages, like he was trying to read your soul – you’ll want to remember that. Because you’ll forget too much of that stuff, and regret it. Store those memories deep and true. Good, bad, indifferent, you’ll want them all when you get to my (your…whatever) age. Actually, there is no ‘indifferent’. You’ve entered a world of extremes.

2. That too will pass

I’ll level with you kid. It isn’t going to be easy. You will be exhausted much of the time and your son’s complete indifference to notions like sleeping at night and meeting state-imposed guidelines for development will cause you endless stress and frustration (he’ll never crawl, by the way, but don’t sweat it. He’ll go straight to walking, just to piss the health visitor off). But it will pass. You may think that first year is the slowest of your life. Turns out it passed in a heartbeat.

You’ll spend a lot of time at the doctors and on the phone to NHS Direct in that first nervy year. That’s inevitable, and it’s true for every parent you know.

But just to make things a little easier on you, here’s a few medical pointers from the future: he’s not dead, he’s asleep. Shallow breathing in an otherwise healthy new born is not a sign of imminent death. Common colds are not fatal in otherwise healthy babies. Healthy babies are not likely to drop down dead without warning. The sound of static on the baby monitor is not a death rattle.

Or to put it another way, stop Googling stuff!

How shall I break this to you? At about seven months he will go through a period when he will beat you up, often. Not metaphorically. He really will enjoy giving you a good kicking. Hey – some dads wish they had that level of attention!

Actually, it’s more of a punching. He asks to be picked up, so you pick him up. He stares at you, bends back his arm, and gives you the biggest belter he can muster, right in the mush. This is understandably upsetting. After all, he doesn’t punch his mother, or random strangers. Just you.

I won’t spoil it too much but suffice to say that at 11, and indeed at every age before that from punch-gate on, you have an ace relationship with your son, who is wonderfully loving and gentle. I still can’t explain the punching, but it turns out it didn’t mean much. Anyway, you probably deserved it.

5. Nothing is more boring, and yet more worthwhile…

Get used to it: you will build wooden train tracks that are marvels of engineering, crisscrossing the living room, climbing the stairs, encircling the sleeping cat. You will spend an age rolling diggers around sandpits of flour (flourpits?). You will bounce him up and down until your arms go numb.

You will find playing baby and toddler games desperately dull and yet, at the same time, utterly fulfilling, in another of those weird contradictions of parenthood. At the end of playtime, when you finally settle down with a beer and the newspaper (for precisely eight seconds) you’ll consider that hour the best of your week. You built the best railway in the world `and he destroyed it, like a giant giggling clown of doom, in seconds. But you bonded. And he didn’t punch you once.

Playing or watching. Forget it feller. That dream is doomed. Let me manage those expectations for you here and now.

7. You will see the inside of another pub

“You’ll never go out again,” they say (whoever they are). Don’t be silly. You’ll have rebooted something approaching a social life within six weeks of the boy’s birth. You just won’t enjoy it so much anymore.

The arithmetic is simple. There’s two of you and one of him. He’s dangerous, but outnumbered! As long as one of you is with him, the other one can – in theory – party like it’s 1999. You just won’t want to. From now on your nights out are forever tempered by the thought that you will be up and entertaining a fussing baby at 5.30am. You will learn the principle of moderation – or die!

You put him in front of Cbeebies for an hour. It saved your sanity. It is nothing to feel guilty about.

You fed him a sugary treat to shut him up. It saved your sanity. It is nothing to feel guilty about.

You were late picking him up from grandmas and it wasn’t the traffic, it was because you were having a nap in the car park around the corner. It saved your sanity. It is nothing to feel guilty about.

Stop it with the guilt (and you too, mum!). You’re doing OK, and sanity is good.

In a few years another one will come along, this time a girl. She’s amazing too. Double the trouble, but you’ll be a dab hand by then, and not the complete buffoon you think you are now. 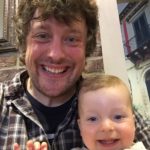 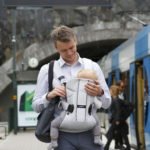 Why all dads should embrace the baby carrier

[…] have NHS Direct on speed dial. This anxiety is natural, but as we’ve mentioned before, it’s usually unnecessary. Baby’s look fragile and delicate. In reality they’re often tough as old […]