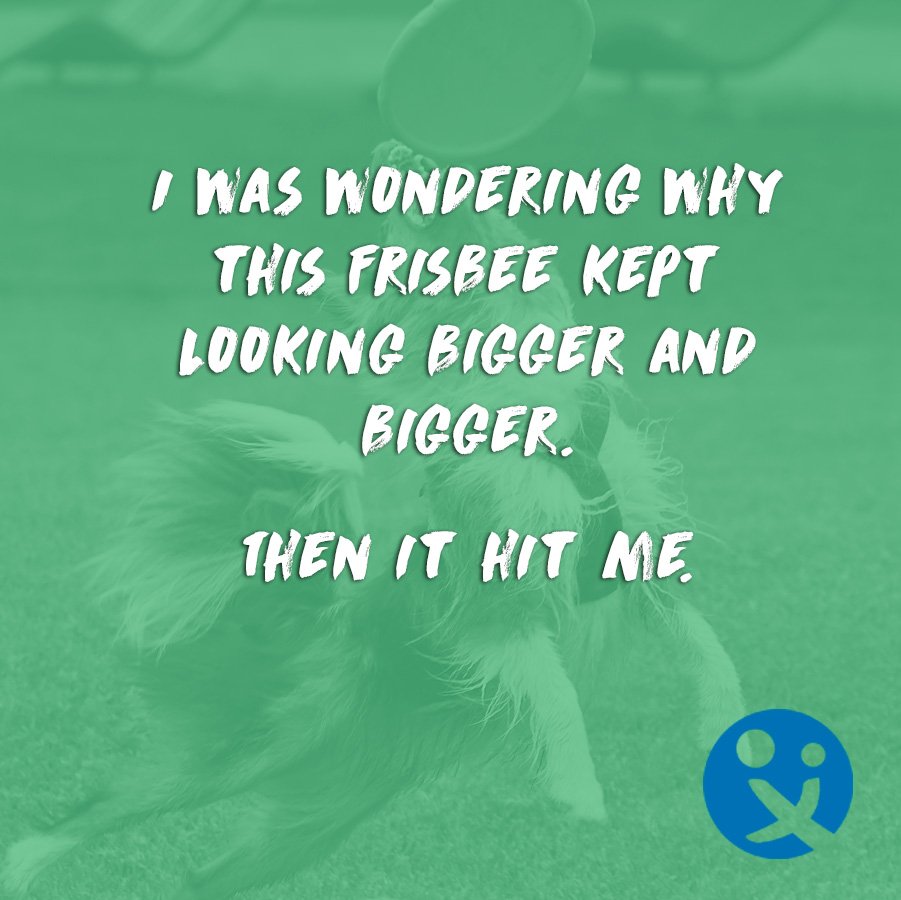 Dad Jokes are going through something of a renaissance, and if your partner rolls her eyes and your children cry “daaaaaaad!”, then you know you’ve hit the nail on the head and have found a good dad joke! We've created this list of over 100 of the best dad jokes so you can join the dad joke Hall of Fame. Over to you dad.

What is a dad joke?

A dad joke is a one-liner, usually a pun, that’s designed to make family members half-giggle and half-groan. The humor is in the bad punchline. It’s all about invoking a cringe.

The science behind dad jokes

In a Wall Street Journal article, Professor Robert Pierce from the University of Rochester in New York explained the science behind the complex universe of good dad jokes:

“Though testosterone levels change as men grow older, I don’t believe this has to do with a man’s tendency to rib his children with bad puns. Rather, fathers want to connect in ways that can’t be misconstrued as sexual in nature or deemed aggressive. Dad jokes tend to be calming, not angry, and are simple enough that anyone, even a little kid, can get them.”

Researchers in a 2016 study published in the journal Laterality showed that the brain’s left hemisphere processes the language of the pun first, while the right side takes a few beats to catch the ambiguous dual meaning. The moments between provide for a super-awkward silence that can make a father giddy as he waits for his child to squirm and moan. If everyone laughs, then a connection has been made.

Getting away with cheesy dad jokes is something of a right that you get as a father. Not only are there evergreen dad jokes, but event specific ones too like our list of Halloween Dad Jokes! You work hard to provide for your family and be a shining example to your kids. Now it's your turn to grab  the privilege that’s exclusive to dads around the world. Here is our comprehensive list of some of the best dad jokes for kids that they will love to hate:

1. When does a joke become a dad joke? When it becomes a parent.

Dad Jokes about Countries and Celebrity

4. Did you hear about the Italian chef who died? He pasta way!

5. Did you hear about the man who fell into an upholstery machine? He's fully recovered.

6. How do celebrities stay cool? They have many fans.

8. How do you find Will Smith in a snowstorm? You look for fresh prints.

9. I'm Buzz Aldrin, second man to step on the moon. Neil before me.

10. My son asked me to stop singing Oasis songs in public. I said maybe…

12. How many tickles does it take to make an octopus laugh? 10 tickles.

14. Why didn't they let the fungi into the party? There wasn't mush room.

15. Why do dogs float on water so easily? Because they're good buoys.

16. If a pig loses its voice…does it become disgruntled?

17. What happens when frogs park illegally? They get toad.

19. What do you call an illegally parked frog? Toad.

20. I stayed up all night to see where the sun went. Then it dawned on me.

21. Why did the invisible man turn down the job offer? He couldn't see himself doing it!

22. I lost my job at the bank on my first day. A woman asked me to check her balance, so I pushed her over.

23. Sales are down, so my boss asked why the greeting cards aren't moving. I told him it's because they are stationary. 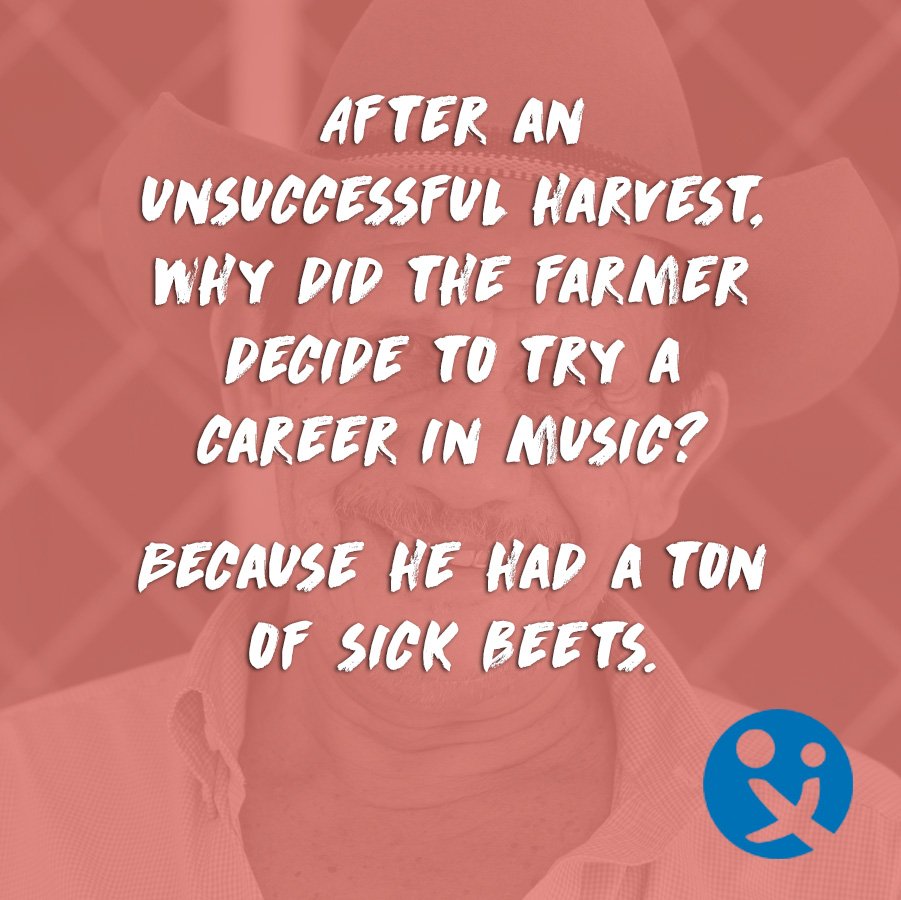 24. After an unsuccessful harvest, why did the farmer decide to try a career in music? Because he had a ton of sick beets.

26. What did the janitor say when he jumped out of the closet? “Supplies!”

27. What do you call a person in a tree with a briefcase? A branch manager!

Dad Jokes about Wives and Partners

29. My wife got really mad when I told her she had no sense of direction. She packed up her bags and right.

30. Today, my wife apologised to me for the first time ever...She said, she's sorry she ever married me.

31. Why didn’t the astronaut come home to his wife? He needed his space! 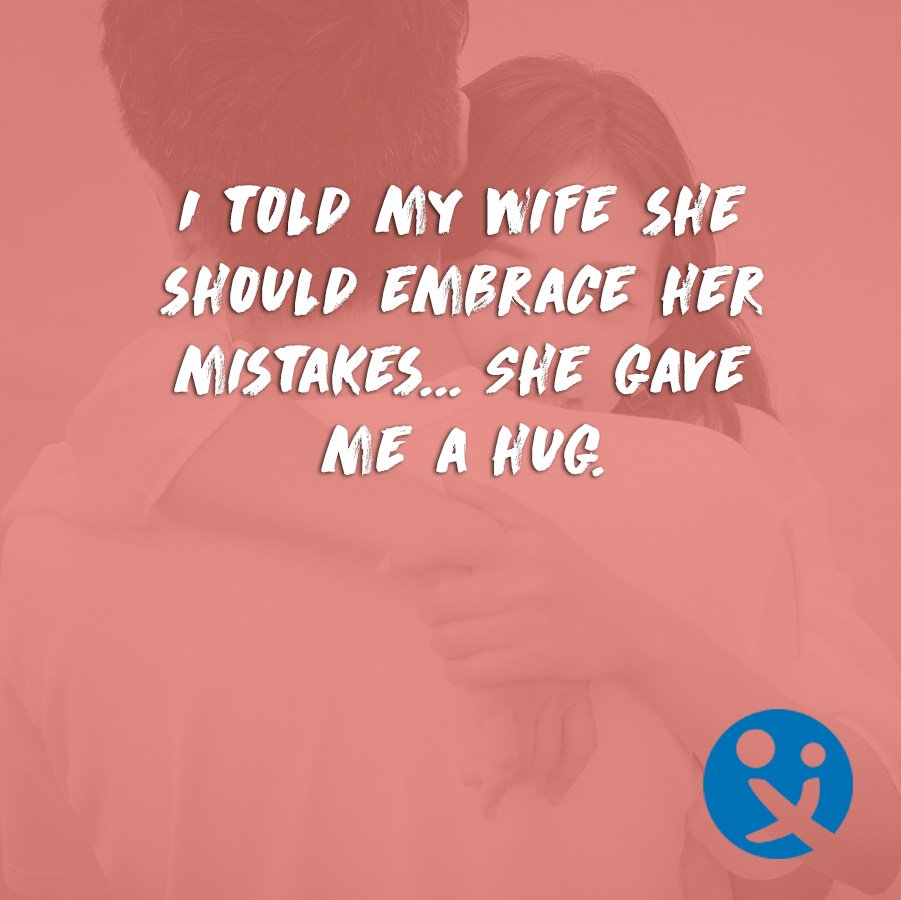 32. I told my wife she should embrace her mistakes....she gave me a hug.

33. If there’s one thing that always makes me throw up...It’s a dart board on the ceiling.

35. I was wondering why this frisbee kept looking bigger and bigger. Then it hit me.

36. I tried to start a professional hide and seek team, but it didn't work out. Turns out, good players are hard to find.

37. Why did Cinderella get kicked off the football team? Because she kept running from the ball!

38. I signed up for a marathon, but how will I know if it’s the real deal or just a run through?

40. Is this pool safe for diving? It deep ends.

41. What would the Terminator be called in his retirement? The Exterminator.

42. How did Darth Vader know what Luke got him for Christmas? He felt his presents!

43. Why couldn't the bicycle stand up by itself? It was two tired!

44. What kind of car does a sheep like to drive? A Lamborghini.

45. Why are elevator jokes so good? They work on so many levels. 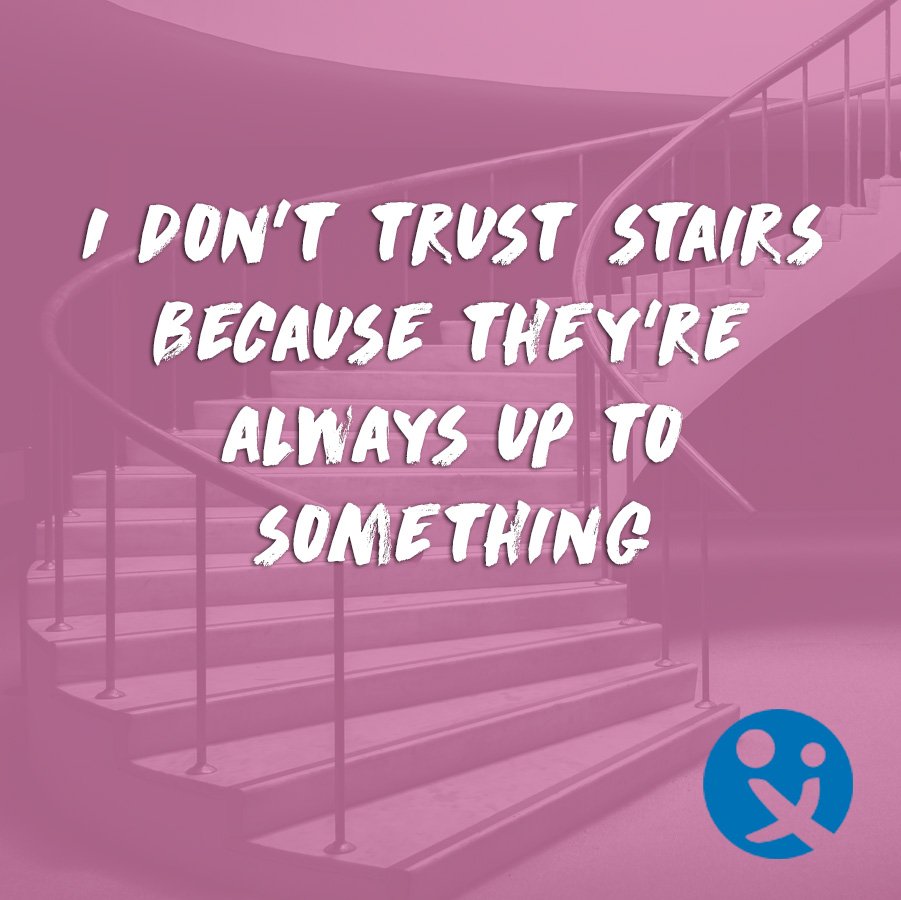 46. I don't trust stairs because they're always up to something.

47. My friend was showing me his tool shed and pointed to a ladder. “That's my stepladder,” he said. "I never knew my real ladder.”

48. I found a wooden shoe in my toilet today. It was clogged.

49. If you spell the words “Absolutely Nothing” backwards, you get “Gnihton Yletulosba,” which ironically means...Absolutely nothing.

50. Did you hear the joke about the roof? Never mind, it’s over your head.

51. I made a pencil with two erasers. It was pointless.

52. The rotation of earth really makes my day.

55. I'm reading a book about anti-gravity. It's impossible to put down! 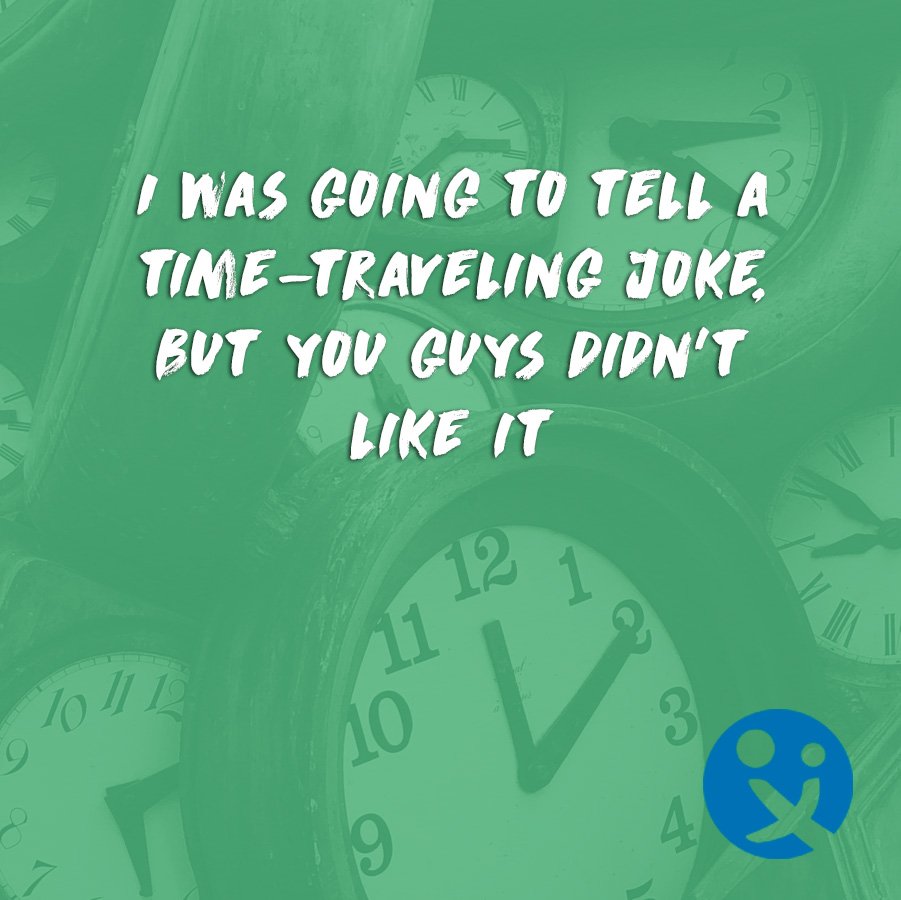 56. I was going to tell a time-traveling joke, but you guys didn't like it.

57. Which days are the strongest? Saturday and Sunday. The rest are weekdays.

58. I'd tell you a chemistry joke but I know I wouldn't get a reaction.

59. A communist joke isn’t funny… unless everyone gets it.

60. What kind of music do chiropractors like? Hip pop.

61. What is Beethoven’s favorite fruit? A ba-na-na-na.

62. Have you heard of a music group called Cellophane? They mainly wrap.

64. I always knock on the fridge door before opening it, just in case there's a salad dressing. 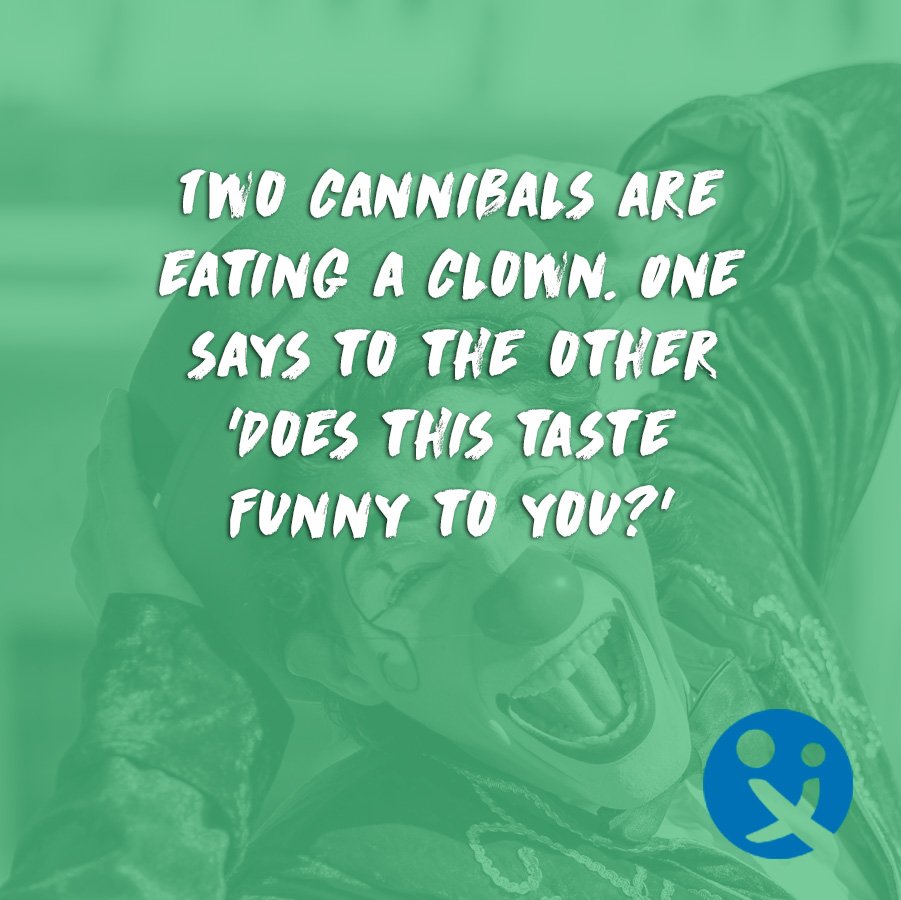 65. Two cannibals are eating a clown. One says to the other 'Does this taste funny to you?'

66. How do you make holy water? You boil the hell out of it.

67. Why do chicken coops only have two doors? Because if they had four, they would be chicken sedans!

68. What do you call a cow with two legs? Lean beef. If the cow has no legs, then it’s ground beef.

69. I was interrogated over the theft of a cheese toastie. Man, they really grilled me.

70. Have you ever tried to eat a clock? It's very time consuming.

72. What do you call a can opener that doesn’t work? A can’t opener! 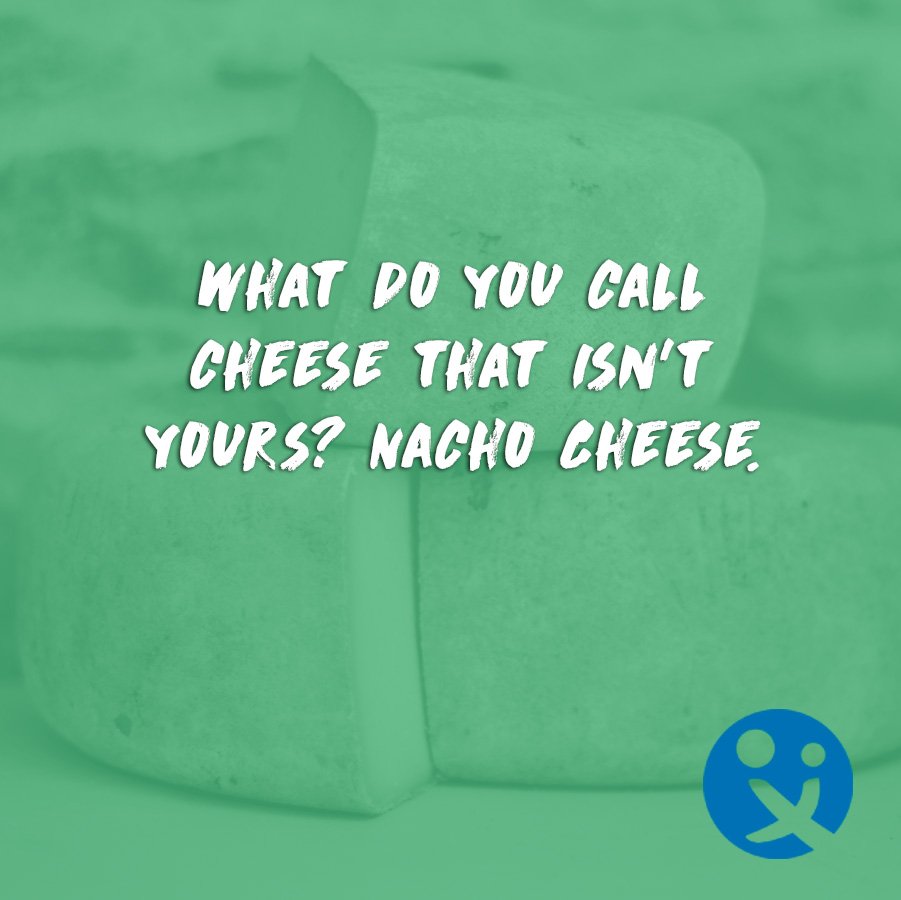 73. What do you call cheese that isn’t yours? Nacho Cheese.

74. What did the grape do when he got stepped on? He let out a little wine.

75. What did the fried rice say to the shrimp? Don’t wok away from me!

76. Did you hear the rumour about butter? Well, I'm not going to spread it!

77. When I found out my toaster wasn’t waterproof I was shocked!

78. What did the Buddhist say to the hot dog vendor? Make me one with everything!

79. The Lego shop reopens tomorrow, but I recommend avoiding it for the time being. People will be lined up for blocks.

80. My friend was showing me his tool shed and pointed to a ladder. “That's my stepladder,” he said. "I never knew my real ladder.”

81. I'm so good at sleeping I can do it with my eyes closed!

82. Which is faster, hot or cold? Hot, because you can catch a cold.

83. If prisoners could take their own mug shots…They’d be called cellfies.

84. I'm reading a horror story in braille. Something bad is going to happen, I can just feel it.

85. Why did the man fall down the well? Because he couldn’t see that well.

86. Did you hear about the circus fire? It was in tents!

87. Did you hear about the guy who had his left side cut off? He's all right now!

88. I gave away all my used batteries today. Free of charge!

89. I told my doctor I heard buzzing, but he said it’s just a bug going around.

90. Did you hear about the kidnapping at school. It's ok he woke up.

91. I wasn't going to get a brain transplant. But then I changed my mind.

93. There's a new type of broom in stores. It's sweeping the nation!

95. This graveyard looks overcrowded. People must be dying to get in.

96. I decided to sell my vacuum cleaner—it was just gathering dust!

97. I had a neck brace fitted years ago and I've never looked back since.

101. Why don’t they play poker in the jungle? Too many cheetahs! 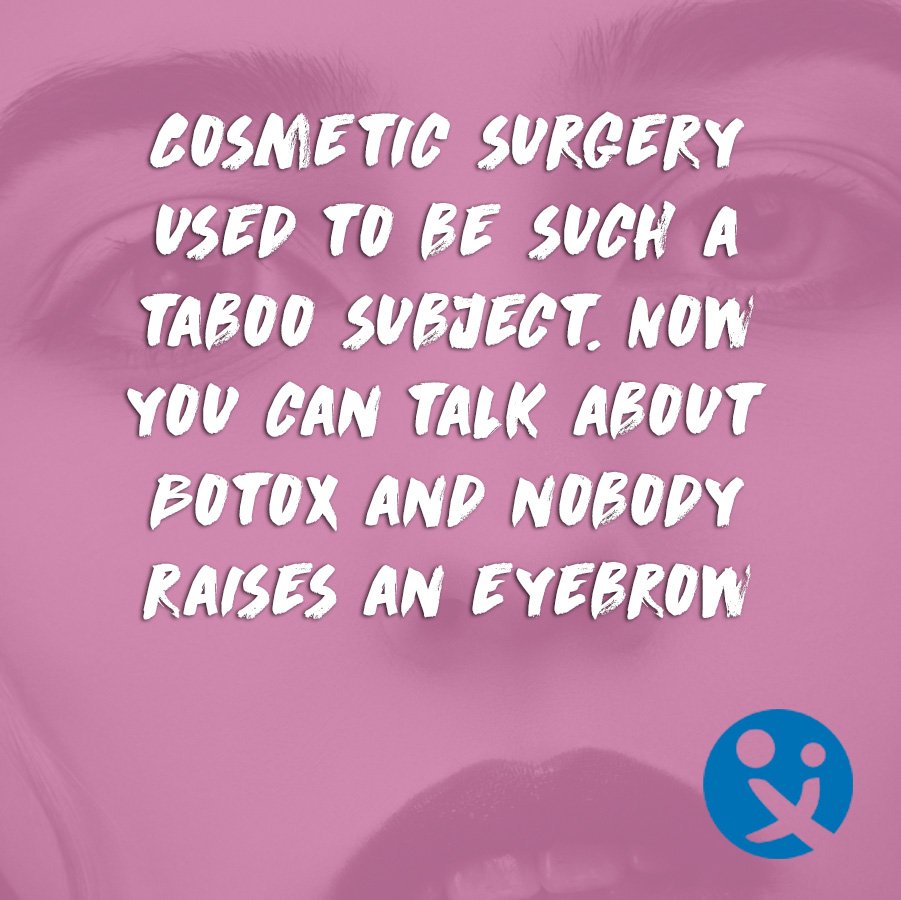 102. Cosmetic surgery used to be such a taboo subject. Now you can talk about Botox and nobody raises an eyebrow.

104. I’m thinking about removing my spine. I feel like it’s only holding me back.

105. Did you hear about the two thieves who stole a calendar? They each got six months.

107. What did the pirate say on his 80th birthday? Aye Matey

108. How do you organize a space-themed party? You planet.

109. A jumper cable walks into a bar. The bartender says, “I’ll serve you, but don’t start anything.”

110. I used to be addicted to the hokey pokey…but then I turned myself around.

111. I went to buy some camouflage trousers the other day but I couldn’t find any.

112. Have you heard the joke about the bed? It hasn’t been made up yet.

113. What did the clock do when it was hungry? It went back four seconds.

115. Why couldn’t the pirate learn the alphabet? Because he was always lost at C 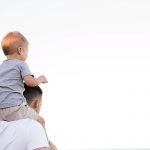 Three things I wish I knew before my kids were born 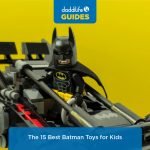