Everywhere I look these days, I see sad news about obese kids and bad health in children. Whether it’s too much lying on the sofa watching Paw Patrol, eating bags of marshmallows, or never doing exercise, the message is the same: kids aren’t healthy.  Sometimes I wonder if it’s about something else. Could the message be different? Isn’t it about finding exciting ways to have have fun with outdoor activities?

With the DaddiLife Play More Month in full swing, I wanted to share my own journey of doing more outdoors activities with my daughter.

Starting a new adventure together 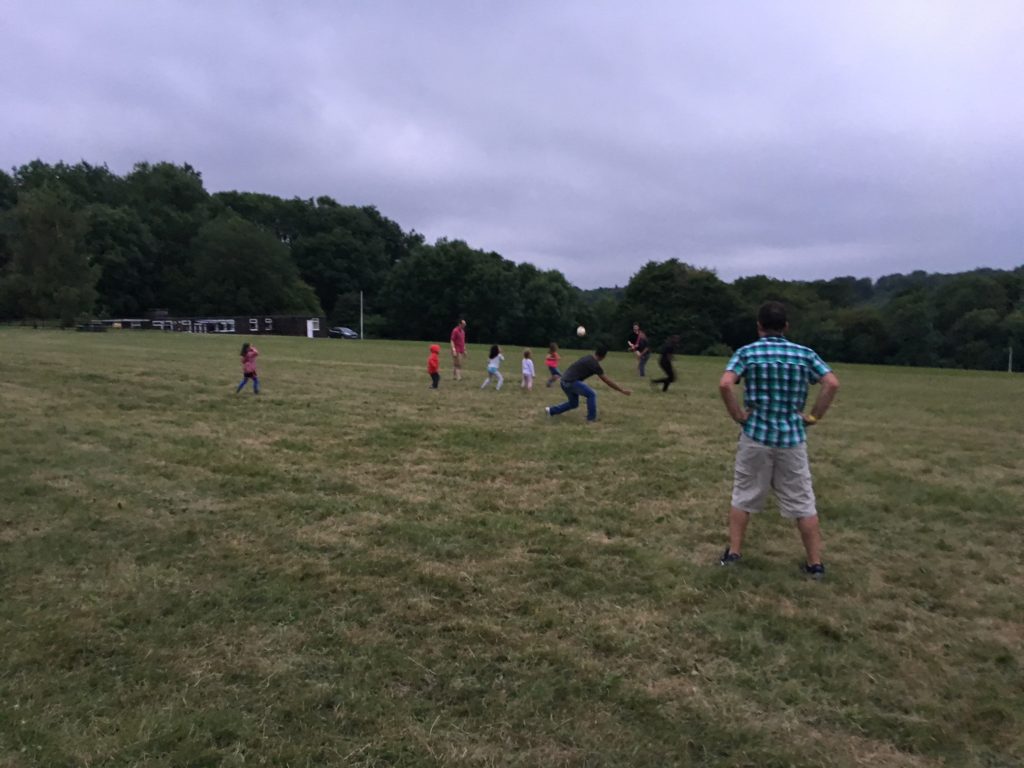 Over the past few weeks, my daughter has enjoyed a flurry of activities and I’ve seen her really flourish in everything she’s got involved with. There’s a lot to be said for getting out and about, and so a couple of weeks ago I took my daughter camping. Just her, me and a bunch of other local families. I’ve found camping a great way to have an active lifestyle, where we’re afforded the space of the great outdoors and freedom from technology.

I must admit, I hadn’t been camping since Cubs a couple of decades ago (somehow saying ‘a couple of decades ago’ sounds a lot less than ’20 years ago’). Going camping, even just for one night, and only 20 minutes drive from home, was a great way to enjoy the outdoors and for my daughter to explore the wilderness with her friends. This little adventure was a chance for her imagination to run wild; she immediately spotted a baby Gruffalo in the forest (although I’m a little skeptical as I’ve heard there’s no such thing as a Gruffalo).

Having some 1-2-1 daddy-daughter time

The camping was also about having a bit of daddy-daughter time. Now that I’m a dad of 2, naturally I can’t give my first daughter the same amount of time I did when there was just her running around house. To have one another’s undivided attention as we embarked on our own little adventure, was priceless. Speaking of undivided attention, other than the occasional photo or to report back to home that we were both still alive, I barely took my phone out of my pocket. Social media is one of the biggest distractions from family life. I can safely say that it didn’t get my time that weekend.

In grass sledging she learnt to take risks. She’s naturally a little reserved when it comes to new things (new activities or new people), but she went with the crowd and embarked on a little grass sledging. After she’d done it once, there was no stopping her! Again! Again! Again!

We’ve sometimes played a little tennis or badminton in our garden, but with quite a confined space and a constant risk of smashing the ball into the neighbour’s garden, the games have always been rather tepid. When camping, we have fields and fields to roam about it. My little one’s tennis skills improved as she learned to smash the ball as far as she could, with no flower pots or fences to worry about. I learned to take a ball in the face too.

Being a creative little soul, she even did a bit of wood-burning pyrography. This was great fun, as she marked her name and an image onto a wooden keyring, with just a little help from me.

Perhaps the most eventful activity of all was the impromptu football game that kicked off early in the evening. I tried my best to avoid getting involved, mainly because I can’t help but take even the smallest of kickabouts quite seriously. I succumbed and got involved…

This evening’s game had a good mix of parents (almost all dads) and young kids (mainly 4-7 year olds). There was a nice balance of competitveness between the dads, whilst still giving the little ones time and space to get involved and practice their tricks. Other than my daughter coming up to me after each time I had the ball and saying “why didn’t you pass to me?!” she had a lot of fun. She enjoyed having a few kicks, getting stuck in with a few tackles and rejoiced in watching her dad score the winning goal… oh yea, that happened. Unfortunately 2 of the kids on the opposing team weren’t as happy about my winning goal as my daughter was. The ball passing between the jumpers for goalposts was a cue for tears, as they broke down in tears, wailing and flailing. What’s worse, me stealing victory from some kids, their ridiculous tantrums or one of their dads saying “You could have let my son win”? Let’s save that for another time.

The rest of the time, she spent running around like only little kids do. Chasing friends, playing hide and seek, clambering over assault courses. You name it, she did it. I must admit, I was knackered by the end of it all (this could be due to staying up til past 1am, singing round the campfire though).

What’s your outdoor activity going to be dad?

Outdoor Activities With Kids Are About More Than Fitness was last modified: August 26th, 2021 by Alex Goss

Alex Goss is the founder of Dad F.C. and author of the popular book for new dads: Dad F.C. Debut Dads - The First Season of Fatherhood. Alex is outnumbered by girls in his family and has become an expert at conditioning, combing and plaiting hair. He's also become accustomed to a house full of hair bands and hair clips. "Wherever you look, whatever pocket you check, there's ALWAYS a hair band lurking" 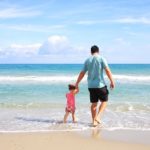 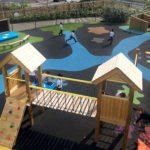 Swing sets & outdoor play – the thinking behind it