One blogger has caused quite a stir by admitting that he feels like a jealous dad because of his partner’s relationship with their young son. Terence Mentor’s post – picked up by several news outlets – revealed his envy at the bond the pair have developed, and his jealousy of their obvious and natural connection.

The blogger, also known as Afro Dad, wrote: “Ever since my youngest, Boy 2.0, was born, he was totally his mother’s child. I honestly found their immediate and intense connection beautiful, but even more honestly…it made me jealous.”

To the man our children are giddy to see at the end of the day. The man who wipes their tears (and snotty noses) and tells them tales with plenty of “alternative facts” 😉 It is an honour to co-parent with you – a very present and very dedicated daddy to our crazy duo. Happy Father’s Day to you, AfroDaddy! Thank you for loving us as you do. We simply adore you! #fathersday #afrodaddy #parenting #toddlers

He went on: “It is quite a thing to be a dad who can’t comfort his child, who is constantly told “No, I go to mommy”, who never seems to have a real, relational moment with his own son.”

My relationship with my own children has been peppered with similar moments, breeding the uncomfortable (if slightly childish) feeling that my own status will forever be a kind of Mummy Light.

Needless to say, Mentor and I aren’t the only ones to feel this way. A study from 2009 found that 58% of dads think mums get the better deal when it comes to parenting, forging strong relationships with the kids while dads work long hours and miss out.

Nearly half of these working dads also said they regretted agreeing to be the main breadwinner – and handing the bulk of childcare to their partners.

Nor does the situation always improve as the children grow from newborns into toddlers. The study revealed that 74% of children in the families surveyed would always turn to mum for cuddles and reassurance, leaving dads feeling hurt and useless.

Another study, by Parentchannel TV and Parenting UK, found that nearly 20% of dads feel left out of their child’s upbringing. But the feelings can be particularly acute with babies. The National Childbirth Trust states: “It’s almost inevitable that the baby will have a closer bond with mum at first, especially if she is breastfeeding.”

“Dads can feel sidelined and slightly unsure about their role at this time. They may even feel jealous of the attention that the baby gets.”

The early weeks and months after birth can be dominated by the mother-baby bond, with dads having little involvement in the all-important feeding and sleeping routine. Later on, long hours at work can lead many dads to feel like a primary breadwinner but secondary parent.

How can dads feel more involved?

While dads might find it hard to connect with newborn babies as easily as breastfeeding mums, we certainly don’t have to feel sidelined.

As we have already discovered on DaddiLife, a strong dad-baby bond not only helps dads feel more involved, it also confers a huge range of benefits on the whole family. In short:

Or do as dad-of-three Paul does, which he describes as ‘divide and conquer’.

“I did feel I was missing out in the early years but since the kids reached school age we have found a solution that suits everybody. In a nutshell, when my wife wants to visit a friend for the weekend, I buy her the train ticket. When she wants a day shopping, I happily let her go.”

“The more occasions when the children are forced to depend on me for everything, without mum being around as back up, the more they see me as an equal. That really helps our relationship and makes me feel central to their lives – and it’s also a lot of fun.” 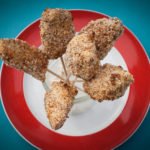 Chicken Lollipops that are lipsmackingly good! 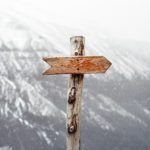