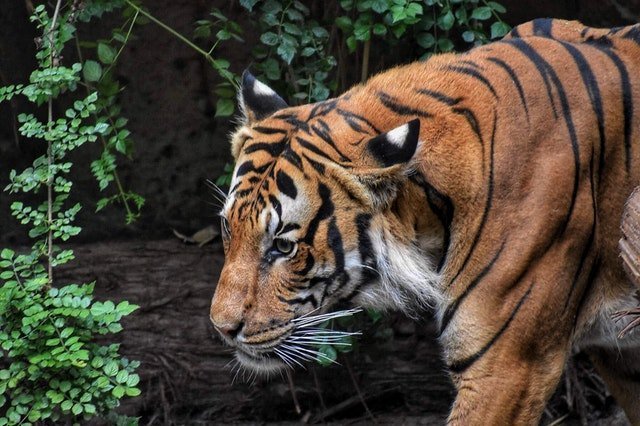 Pushy parents have been around forever. Tiger dads take it one step further (and perhaps one step too far).

You may remember the fuss around a book called Battle Hymn of the Tiger Mother, published in 2011 by American law professor Amy Chua.

Tiger mums push their children to achieve and consider success the best measure of parenting. Perhaps one of Chua’s own anecdotes, described in the book, sums it up best.

“I hauled Lulu’s dollhouse to the car and told her I’d donate it to the Salvation Army piece by piece if she didn’t have ‘The Little White Donkey’ perfect (on the piano) by the next day. When Lulu said, ‘I thought you were going to the Salvation Army, why are you still here?’ I threatened her with no lunch, no dinner, no Christmas or Hanukkah presents, no birthday parties for two, three, four years. When she still kept playing it wrong, I told her she was purposely working herself into a frenzy because she was secretly afraid she couldn’t do it. I told her to stop being lazy, cowardly, self-indulgent and pathetic.”

In other words, Tiger Mums are strict disciplinarians, highly focused on the achievements of their children. When children do fail, especially academically, it is a failure of parenting. Chua’s kids were not allowed TV, computer games or sleepovers. Any grade less than an A was considered unacceptable.

So that’s a tiger mum…

Tiger mums have recently been joined by the phenomenon of the tiger dad. We guess it had to happen, and apparently it has now become A Thing.

One tiger dad interviewed by the Telegraph described how he brings a whiteboard into the bathroom and makes his eight-year-old daughter practice maths during her nightly soak.

“Educational pressures are increasing,” he said. “As a dad, I feel the need to help Imogen navigate them. I don’t think a father who takes an interest in his child’s education is anything more than a good father, who wants to see his child’s life chances maximised.”

While dads who take an interest in their children’s education (and in other areas) are undoubtedly a positive thing, others might argue that bathtime is a time for relaxation, rather than square roots.

Tiger dads are not tiger mums

Tanith Carey, author of Taming the Tiger Parent, says that tiger dads are not the same as tiger mums. In many cases, they’re worse.

Carey says that, while mums’ attempts to give their children a head start in life are often subtle and secretive (fiercely guarding the name of a top notch private tutor, for instance) dads are more likely to be out in the open about their ambitions.

They get competitive. They’re hands-on. They’re not ashamed to let the world know that they expect their children to excel.

In practice, this means that tiger dads, even more than tiger mums, believe that putting pressure on even young children to achieve academically is good for them. There’s nothing wrong, they believe, with toughening kids up. After all, it’s a tough world.

#tigerdad enjoy not getting your kid in a magnet school. She already has a higher ACT score than me (17)

Deciding whether tiger parenting works or not is a tricky ask, largely because the term means different things to different people.

Nevertheless, evidence suggest that when parents follow a perfectionist parenting style, always expecting top-of-the-class grades and using shaming and punishment to make sure their kids achieve them, it can backfire.

In one study, carried out on several hundred of Singapore’s notoriously hothoused children, those with the most intrusive parents were more likely to be overly self-critical and, later on, were more prone to anxiety and depression.

Ryan Hong, an assistant professor of psychology at the National University of Singapore and one of the study’s authors, said: “When parents become intrusive in their children’s lives, it may signal to the children that what they do is never good enough.”

As a result, the child may become afraid of making the slightest mistake and will blame himself or herself for not being ‘perfect’

Clearly there is a parenting line that ought not to be crossed. While many studies have shown that involved parenting is good for children, over-parenting – characterised by pressure to meet unrealistic expectations and an intolerance of mistakes – can be damaging. It’s time for tiger dads to become pussy cats.

Are you a tiger dad (and what does it mean for your kids)? was last modified: April 9th, 2019 by Hugh Wilson 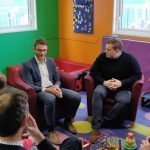 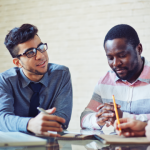