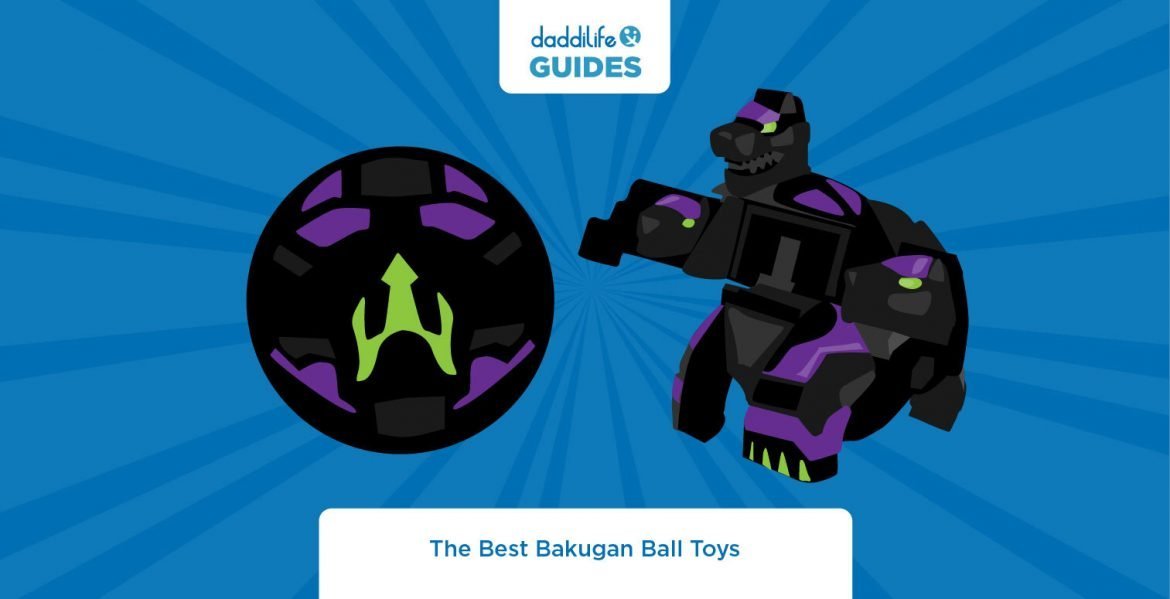 Bakugan first came onto the scene in 2007. While it initially didn't achieved the dizzy fandom of the likes of Beyblade or Pokemon, it was hugely popular among its fanbase. Thirteen years on since its beginning, these special ball toys are making an almighty comeback!

There's a few areas to understand with the Bakugan toy and game, so we’ve pulled together this guide to bring you up to speed on the best bakugan toys, and to help you understand how to play.

Bakugan, or as some might pronounce it "baku gun," is a franchise of an anime style action-adventure TV programme, video game and roll-based toy game. The franchise is set around Bakugan, a group of alien life forms from Vestroia, and Battle Brawlers, the humans that possess them.

The TV series, Bakugan Battle Brawlers, sees seemingly random cards fall out of the sky around the world. Picked up by ordinary kids, they used the cards to invent a game called Bakugan. The kids form a group called the Battle Brawlers and accidentally become embroiled into an interdimensional fight to save the Bakugan’s home dimension, Vestroia.

Over four series, running between 2007 and 2012, main character Dan Kuso and his friends Runo, Marucho, Julie, Shun, and Alice face off against the series’ villains, the Doom Beings, led by Naga.

Naga wishes to create the perfect core, a magical entity that holds the balance of Vestroia, and use it to control the universe. The Bakugan cannot exist in the earth dimension unless in battle, and so keep themselves in miniature sphere form.

Why is Bakugan so popular now?

In 2015, Spin Master (the co-creator of the franchise) announced plans to revive the TV series. Bakugan: Battle Planet aired at the end of 2018, sparking a renewed interest in the franchise. There are considerable benefits around the toys too:

“Excellent value for money across a pack that has enough of the Bakugan characters to keep the kids busy for quite some time."

This battle pack is a great starter set giving nearly all the tools you need to jump into a game of Bakugan. This particular pack comes with two Bakugan Ultra (Darkus Hydorous and Aurelus Garganoid), three Bakugan, 10 BakuCores, five Character Cards and five Ability Cards.

“Gives the perfect setting for your brawls."

Take your Bakugan brawls to the next level with this bright red/yellow/orange arena that helps to create your hide matrix. It also comes with an exclusive Hydorous Bakugan that isn’t available anywhere else. It includes two BakuCores, the Hydorous Character Card, and one Ability Card.

Take the brawl with you wherever you go with this purpose built Baku-storage case. It holds 14 Bakugan, Character Cards, Ability Cards and BakuCores. If your child has a large collection, multiple storage cases can be stacked together to keep everything together in one place.

“Offers plenty of Bakugan fun for the most powerful character, away from the hide matrix.”

Something different in the Bakugan world, this 20cm tall Dragonoid Maximus is more of an action figure of the franchises most powerful and revered Bakugan. It also comes with an exclusive Titan Dragonoid Bakugan to play in brawls. But it is also used to spring Dragonoid Maximus to life with light-up power core and fierce battle sounds. The pack also comes with a Character Card, two BakuCores and an exclusive Evo Card.

“Has everything you need to roll right into action!”

This Battle Brawlers set has everything you need to kickstart a trading cards brawl. It comes with one Bakugan Ultra, two Bakugan, Character Cards, six BakuCores, Ability Cards and 40 card deck which has been customised to work best with the Bakugan included.

“Whoever holds the Baku-Gear gives themselves a huge advantage in the arena.”

The Deka jumbo-sized Diamond Dragonoid Bakugan combines with exclusive jumbo BakuCores for a new and exciting way to play. It comes with a corresponding Character Card and jumbo BakuCore.

"The exclusive Bakugan sets this arena apart from others."

Set your brawls in the ultimate battle arena. The blue-themed arena comes with an exclusive Bakugan not available anywhere else, two BakuCores, one Ability Card and one Character Card.

"One of the series’ main Bakugans makes Trox an essential for any collection."

From the Bakugan Ultra range, Trox is a T-Rex style Bakugan, one of the series’ main Bakugans and partner to Wynton Styles. From the Ventus Faction, Trox is incredibly strong and loyal. Despite his fierce looks, he is a thoughtful and strategic BakuGan. It also comes with two BakuCores, a Character Card and Ability Card.

"A much-loved Bakugan for a reasonable price."

From Bakugan Battle Planet, Gorthion a Bakugan from the Haos Faction that belongs to Lia Venegas. Gorthion is honorable and strong, throwing himself in harm’s way to protect Lia. This also comes with Gorthion’s Character Card and two BakuCores.

How the Bakugan game works

There are two ways to play Bakugan, ‘Toy Battle’ and ‘Trading Cards’. Toy Battle is the simplest way to play while Trading Cards adds more complex abilities to the game, creating new ways to win. 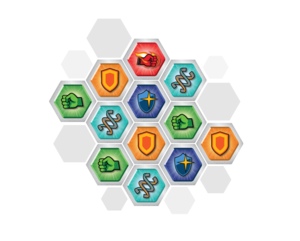 In both game modes, players have three Bakugan toys with their matching Character Cards and pick the BakuCore pieces that match the indicator on the Character Card. Players take it in turns (unwritten rules say the youngest goes first!) to place their hexagonal BakuCores on the battlefield to create a ‘Hide Matrix’. The first BakuCore must be placed in the middle between players, while the rest can be placed anywhere as well as they touch another piece.

Players ‘Bakugan Brawl!’ as they roll their chosen Bakugan towards the Hide Matrix. The Bakugan and BakuCores are magnetised, allowing a sphere to open and ‘pick up’ a BakuCore. If one sphere fails to open, the opposing player is declared the Victor. If both spheres open, players add the B-Power shown on their character card to any additional boost picked up on the BakuCores. The player with the higher B-Power is declared the Victor and may keep their Bakugan open on the corresponding Character Card while the loser must close their Bakugan and return it to the character card.

If B-Power is the same, the Victor is chosen by the damage rating.

Neither of those Bakugans can be used again. And the overall winner is declared when one player secures victory with all three of their Bakugans.

The Trading Cards game takes the same concept as Toy Battle but adds new abilities and ways to win through, you guessed it, cards.

Each player draws five cards from their deck of 40 and another at the start of each turn. A winner is declared when one player has no cards left in their deck.

They can be used to affect the game in a whole host of different ways, adding B-Power to your Bakugan or evolving your Bakugan to a more powerful force to be reckoned with, for example. Watch out though, some of these cards require energy to be played.

Energy Cards - Before the Bakugan Brawl, players can choose one card to lay face down as an Energy Card, allowing them to play an Action Card in that round. Once the round is over, Energy Cards can be re-used.

Damage Phase - Once a Victor has been declared in the Bakugan Brawl, the Victor combines the Damage Rating from the Character Card, any cards played so far and any BakuCores they picked up. For every Damage Rating, the opposing player must flip a card from their deck to a discard pile.

Some cards are labelled ‘Flip Cards’, which can potentially stop an opponent’s attack.

Alternatively, you can always make up your own version of the game, as this family has done.

There are nearly 300 different Bakugans in total, separated into six different ‘Factions’, each with their own distinct style, way of playing, strengths and weaknesses.

Aquos - The Aquos Faction is centered around focus and precision. It waits for the perfect moment to strike but is weakest against disruptive Factions that force them to use their cards before the time is right.

Darkus - Darkus is obsessed with power and greed, and will do anything they can to win. It is a Faction loaded with master manipulators that weaken their opponents until they strike.

Haos - The Haos Faction is based on momentum and control. They aim to maintain a lead by holding more BakuCores but struggle against unpredictable Factions.

Pyrus - Pyrus is the aggressive Faction. The only strategy it knows is all-out attack and bags a handy DoubleStrike attack.

Ventus - Ventus Bakugans are based on defending themselves by reducing their opponents attack and damage abilities.

Aurelus - The rarer of the Bakugan Factions, Aurelus is one of the most powerful Factions in terms of B-Power and Damage, but they receive virtually no support from cards.

There's nothing we love more than seeing dads with their kids playing Bakugan. Here are some of the stories we've loved and been inspired by. 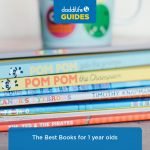 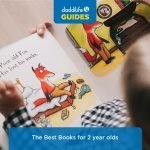