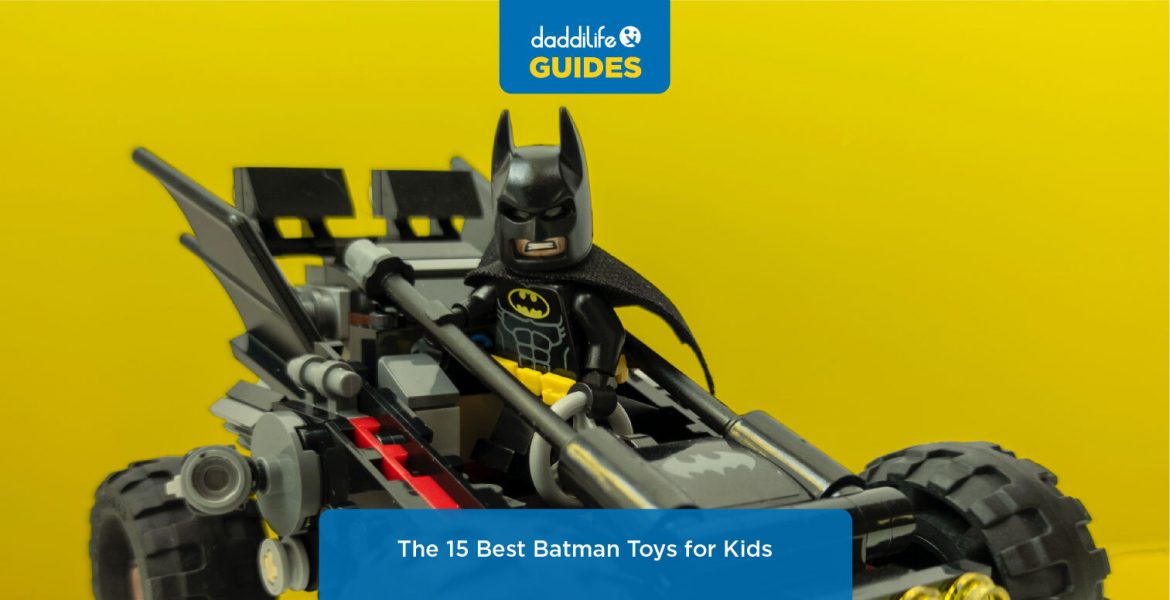 Batman first appeared in a DC Comic in 1939. More than 80 years later, he remains arguably the best known superhero, brought to life through his own comics, cartoons, TV programmes, numerous films, and of course, toys.

Batman first appeared on film in 1943, and will have been the focus of, or appeared in, 18 films in total by the time The Batman is released in 2022. TV shows don’t sit far behind on 15, either focusing on Batman or taking place within the Batman universe in recent years.

But why, 78 years after his first appearance in print, is the Caped Crusader still so popular with kids? We’ll take a look at the answer, and pick out some of our favourite Batman toys available today.

Why is Batman so popular?

Superhero and comic book fans could easily debate for hours about who their favourite superhero is and why they are far more superior than their friends’. But Batman undoubtedly reigns supreme as one of, if not the, worldwide favourite.

“Consistently across the board they always say his humanity [is most appealing]. This isn’t a guy who’s from an alien planet, this isn’t someone who was bitten by a radioactive spider. He is an average guy, albeit incredibly wealthy and incredibly intelligent, at the peak of human fitness, but an average guy nonetheless. That sort of aspirational quality has been identified as the reason Batman sort of stands above Spiderman, Superman or any number of heroes.”

Dr Liam Burke, editor of Fan Phenomena: Batman, explains the quote above and he suggests it’s often Batman’s intelligence, bravery and determination that see him overcome evil, aggression is usually the last resort. And that is something children can relate and aspire to.

The evolution of Batman is a factor that shouldn’t be overlooked either. The Batman we see in film, TV and toys is vastly different from the one that first surfaced several decades ago. As a human without superpowers, Batman naturally has no choice but adapt and keep up as the world around him evolves. And that can be seen in his suit, his gadgets, the way he battles his enemies, the design of Gotham. Would Adam West’s 1966 Batman - with a largely spandex suit with spandex pants, satin cape, felt boots, and a relative lack of technology and gadgets - still be popular with kids today? Absolutely not.

Why Superheroes are great for kids 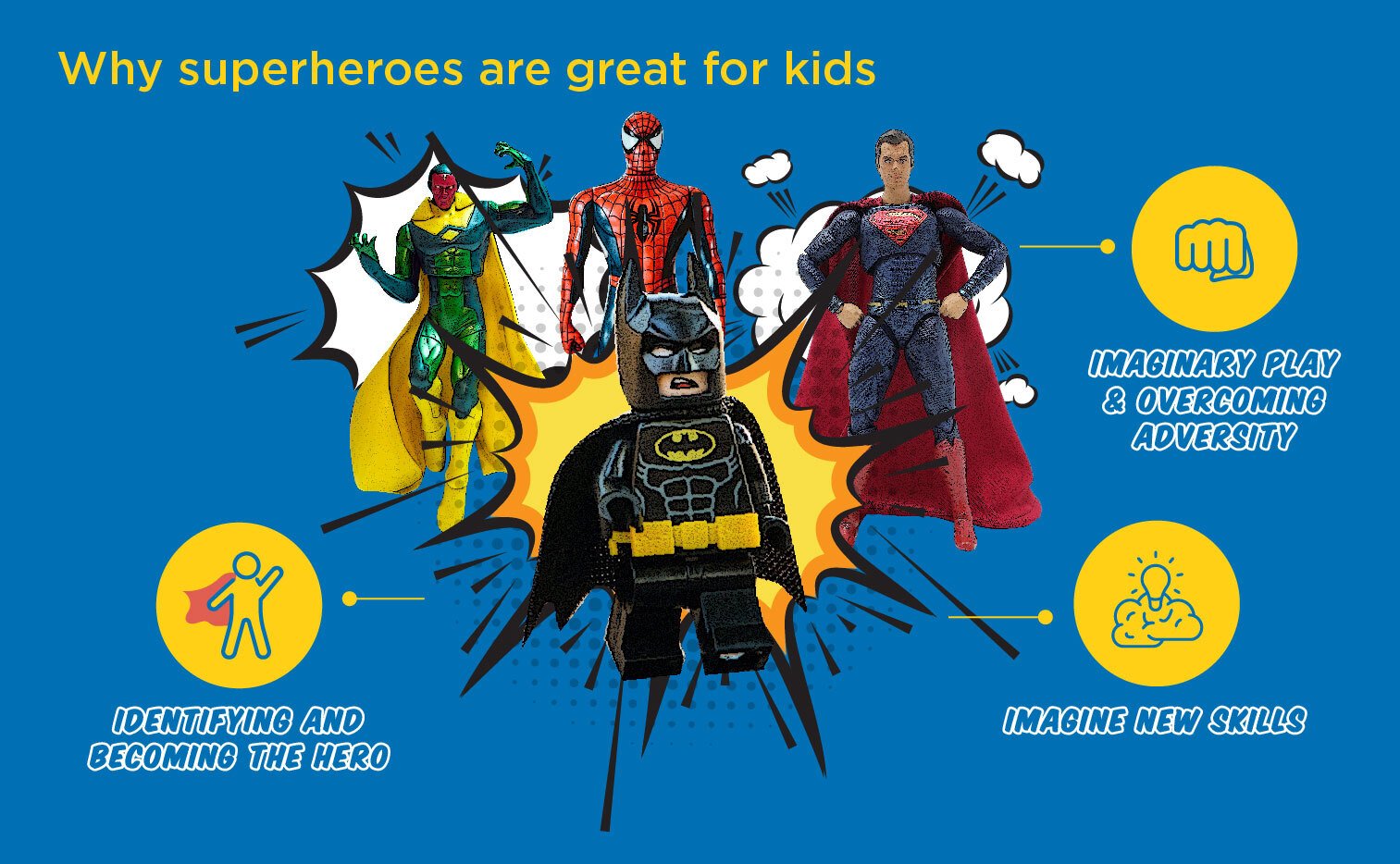 According to Dr. Gene Beresin, executive director of the Clay Center for Young Healthy Minds at Massachusetts General Hospital, superheroes have a significantly positive impact on a child’s mind.

In an interview with Romper, Dr Beresin says: "It’s not just the dressing up. Beyond that, it is identifying with and becoming the hero,” he argues.

"This kind of identification promotes inner strength, self-reliance, and pro-social behaviors in helping others.”

The 15 best Batman toys for kids

“This particular costume has a far more detailed design than alternatives.”

Commissioner Gordon has lit the Bat Signal, Gotham is in trouble, it’s time to put on the Batsuit and save the day! This brilliantly detailed costume is inspired by the design from Christopher Nolan’s Dark Knight trilogy, with accompanying mask and cape.

“The perfect choice for a Batman fan starting their scootering journey."

This is the perfect beginner scooter for every Batman fan. Suitable for 3-5 year older, the three wheels provide extra stability for beginners while the anti-slip footplate offers reassurance. The tyres are puncture proof, but of course, the highlight is the bold Batman logo plate that sits on the front of the handlebar.

This 12” Batman action figure comes with brilliantly detailed comic-book styling and 11 different articulation points at the head, shoulders, elbows, hands, hips and knees, allowing your child to place Batman in a huge variety of poses. It matches with other Batman franchise characters like Robin and The Joker, as well as other DC superheroes.

“The blacklight is a really unique feature not often found on such a reasonably priced set.”

This Imaginext Gotham City Jail set from Fisher Price has four opening jail cells, each featuring the face of one of the city’s most notorious villains, and a Batman and Bane figure. Bane’s special cell includes a small black light which causes him to ‘power-up’, with glowing red eyes and illuminated veins, before he breaks free to open the remaining cells. The Bat Signal summons Batman to round-up the criminals and save Gotham.

“Easily one of the most detailed Batman car toys we’ve seen.”

This toy replica of Batman’s Tumbler from The Dark Knight is one of the most detailed we’ve ever seen. The only of Batman’s cars not to be referred to as the ‘Batmobile’ during the film, it’s a metal die-cast standing at a 1:24 scale (or approximately 20cm) with opening doors and a 2.75'' die-cast Batman figure.

6.    LEGO Batmobile: Pursuit of The Joker

“It’s enough of a challenging build that Dad might be required to help out in parts.”

Suitable for 7+ this LEGO Batmobile: Pursuit of The Joker set is great for slightly older LEGO fans. The entire set is made up of 342 individual pieces, including Batman and The Joker minifigures. The classic Batmobile design also includes an opening cockpit, fold out stud shooter, opening hood, a snow scooter and twisting fire exhaust as the car moves.

"Brilliant to combine with the Dark Knight costume."

This Batman Gauntlet is the perfect addition to any Batman dress-up costume. The interactive glove has more than 15 phrases and sounds over two modes - mission mode activates storytelling phrases and sounds, while battle mode features action-packed sound effects. It also has interchangeable scallops to suit righties and lefties.

Everyone loves to play the villain, and this Laff Factory Playset from Imaginext and Fisher Price is the perfect way to do that. Play as The Joker to defend his Laff Factory packed full of ways to terrorise Batman and the people of Gotham. It has a dunk tank complete with hungry fish, a spinning elevator and ‘round and round’ rocket to make Batman dizzy.

The Launch and Defend Batmobile is a really simple to drive remote control toy, with a 2.4GHz dual joystick controller and a range of up to 75m. It comes with a 10cm Batman figure that can be placed into the cockpit and launched into action at the press of the red eject button.

This tent from My Dream Den is a brilliant Batcave for any role play game, quiet spot for some reading or sleepover. At 150x90x90cm, it offers plenty of space to play individually or with friends. It comes with an integrated inflatable mattress for added comfort and a set of fairy lights. The polyester material is water and UV resistant, allowing for outdoor play too.

“A great activity for the whole family!”

Sit down with the family or friends for a brilliant adaptation of the classic Cluedo board game. Commissioner Gordon has been kidnapped and six of Gotham’s most notorious characters are suspects. Players take turns to try and figure out who did it, where in Gotham he was taken and which of Batman’s stolen gadgets was used.

“A brilliant stimulus for imaginative play."

Rory’s Story Cubes are a brilliant way to spark imaginative play by rolling nine themed dice to create a story to tell as a story, act out as role play or with toys. They are designed to challenge players to be creative, allowing room for adaptation - a chandelier could simply be a chandelier, or it could be used to signify light. With nine six-sided cubes, there are 54 different images that provide a nearly endless supply of combinations.

“The mission collector guides are a great way to inspire storyline play.”

These four inch action figures are brilliantly detailed for their size and come with 11 articulation points, three mystery accessories, a collector card and collector guide which details a mission to act out.

This 151 piece set from the LEGO Juniors range is a great introduction to the next level of LEGO for younger builders. The set includes the Batwing, docking station, jail cell, control centre, Batman, Robin and Joker minifigures and plenty of accessories including stud projectiles, bat discs, dynamite, The Joker’s hot rod and more.

This Bat Signal Projector is perfect for every fan in any type of play, whether they’re dressed up as Batman themselves or playing with Batman toys The LED projector gives a clear and bright picture up to 8m away, but provides enough light away from the Bat logo to double as a night light.

Batman’s popularity has reigned for so long that you’re probably reading this because you’re a dad who also loved Batman as a kid. And that can only mean one thing, you’re just as excited to play Batman as your child is!

Now, we all know exactly how dads can play with their kids. But BatDad is the ultimate example of the fun a dad can have with his kids playing Batman. If you’ve never heard of him, firstly where have you been for the past decade?! And secondly, check out the compilation video above. 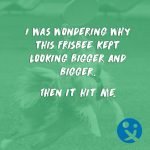 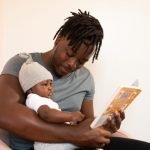