A Parents Guide To PJ Masks (2023 Buying Guide and Reviews) 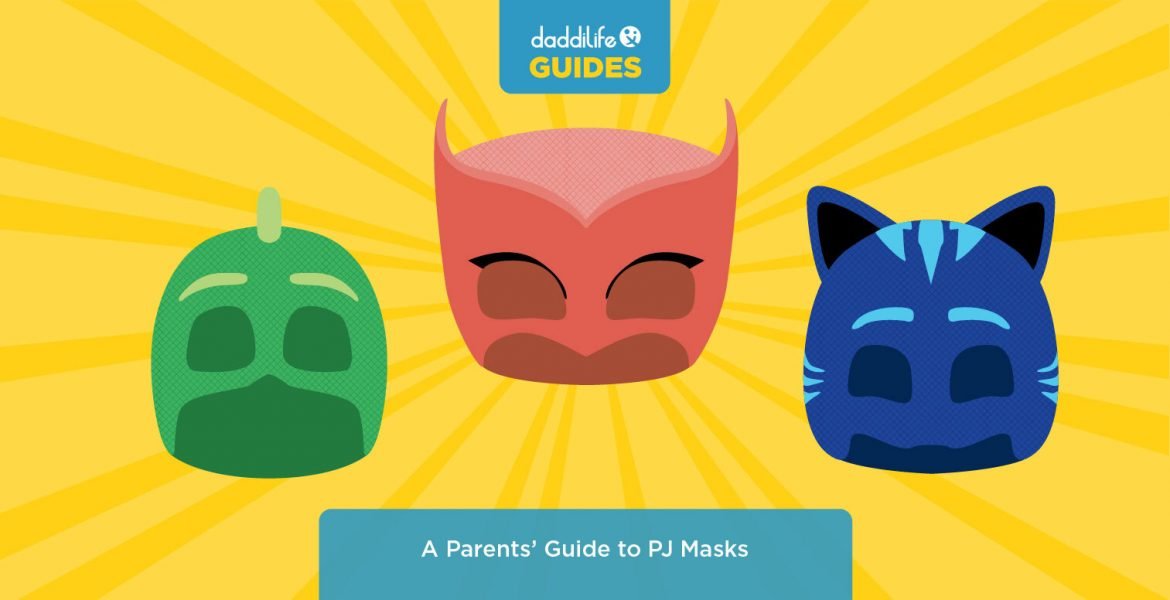 Countless parents have likely stood looking completely bewildered as their little one suddenly starts saying things like “Owlette to the rescue!” or “into the night to save the day.” Before long they’re confronted with the phenomenon that is PJ Masks.

Much like Beyblades and Bakugans, it’s the latest cartoon, toy, game craze to hit the kids’ world in recent years and every parent knows that they’re going to be fully immersed in it, whether they like it or not.

So if your little one is pleading with you to watch PJ Masks at home or to buy some PJ Masks toys, we’ve put together this guide to help you learn the ins and outs of the PJ Masks universe. And, we’ve listed some of the best PJ Masks toys for your children, too.

What is PJ Masks?

'Jax is always ready to play with his dad, especially when it involves @PJMasks and the superheroes! Playtime over sleep is his motto! He is truly a hero our eyes.' - @thejamielynnshow ♥ #ad #ModernDayHeroes pic.twitter.com/vqoRK6SQag

The show first aired in 2015 with a fifth series due to hit screens some time in April 2021.

The show follows the adventures of Amaya, Greg and Connor who form the PJ Masks superhero team when night falls and they put on their magic pyjamas to become Owlette, Gekko and Catboy. The trio battle it out against their rivals Romeo, Luna Girl and more to stop them from ruining people’s daytime.

Let's explore each of our superheroes. 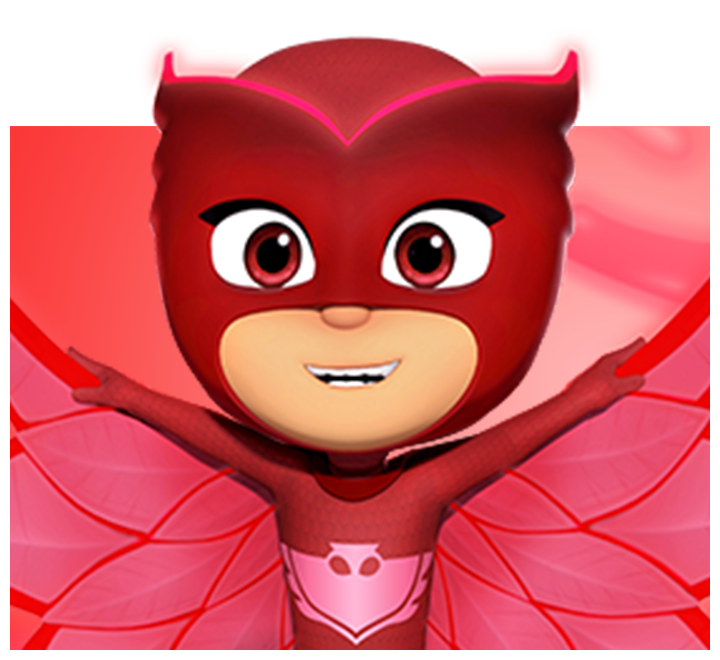 Amaya transforms into Owlette, wearing a red owl costume with red eyes. Her superpowers include super nighttime vision, flying with her caped wings, and a super strong gust of wind from her wings. In latter series, Amaya also has the ability to fire energy feathers at her enemies and create a shield with her feathers. 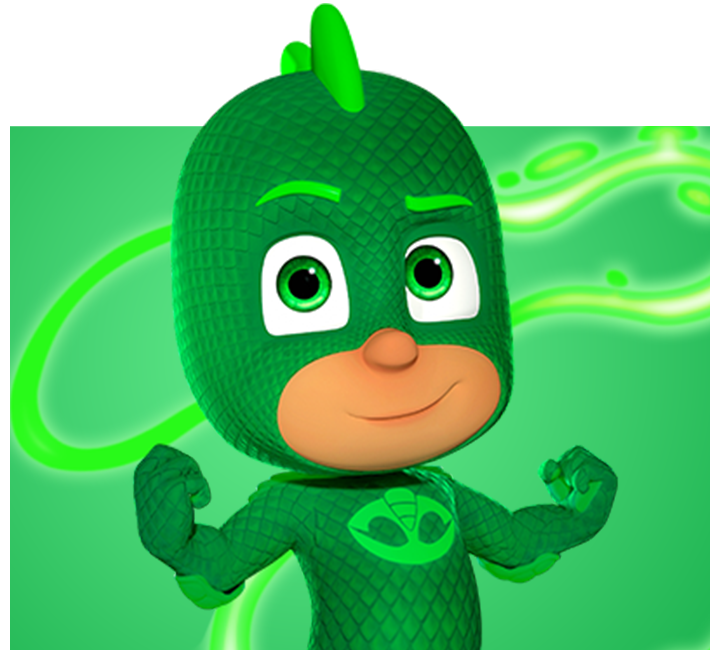 Greg transforms into Gekko, with a green lizard costume complete with fins on his head and a thick reptile tail trailing behind. Gekko’s superpowers include superstrength, camouflage,  climbing on walls and other surfaces, and running on water. 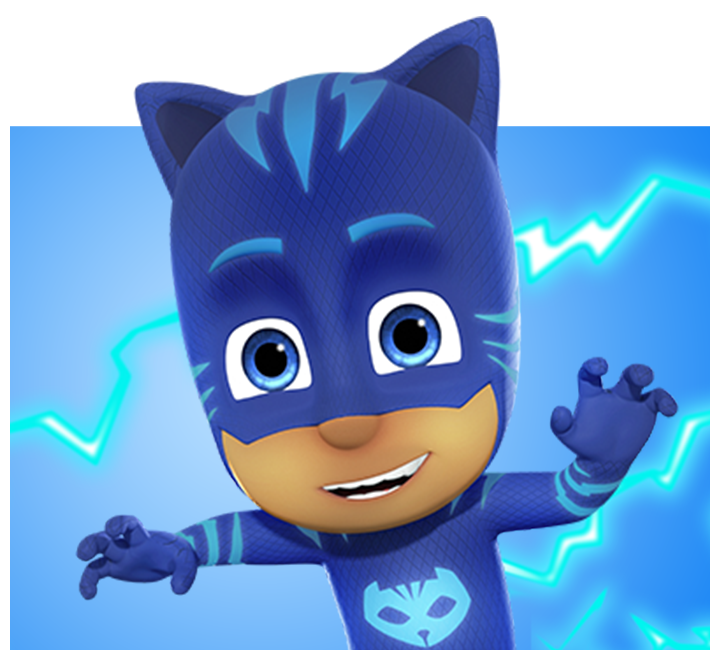 The final PJ Masks superhero is Connor who transforms into Catboy. Transforming into a blue cat costume, Catboy is the oldest and leader of the group. His superpowers include super hearing, speed and agility and jumping. In fact, he can run so fast that he creates lightning that can be used to make anything he touches faster. 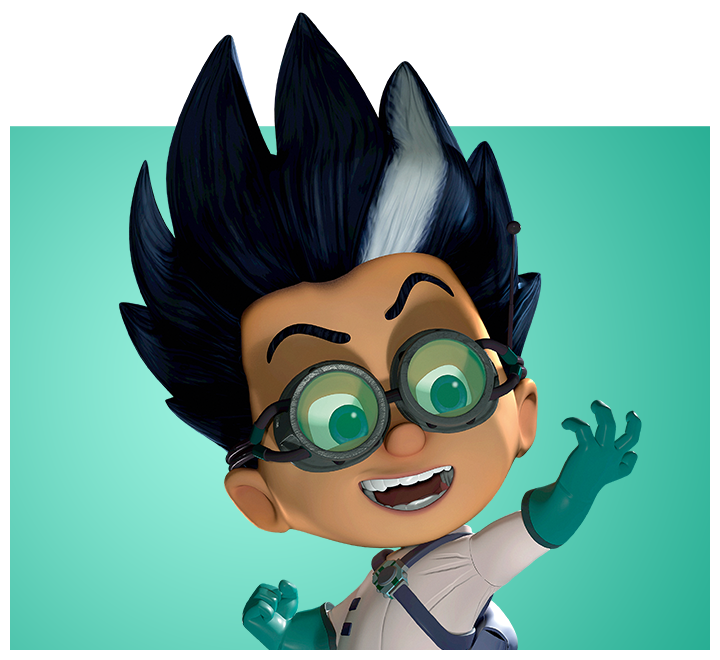 Romeo is the show’s main antagonist. He’s a smart but mad scientist who uses his inventions to take over the world over night. Romeo is usually found in his flying factory above the city at night, dressed in his white lab coat and goggles, and accompanied by his robot assistants, Robot and Robette. 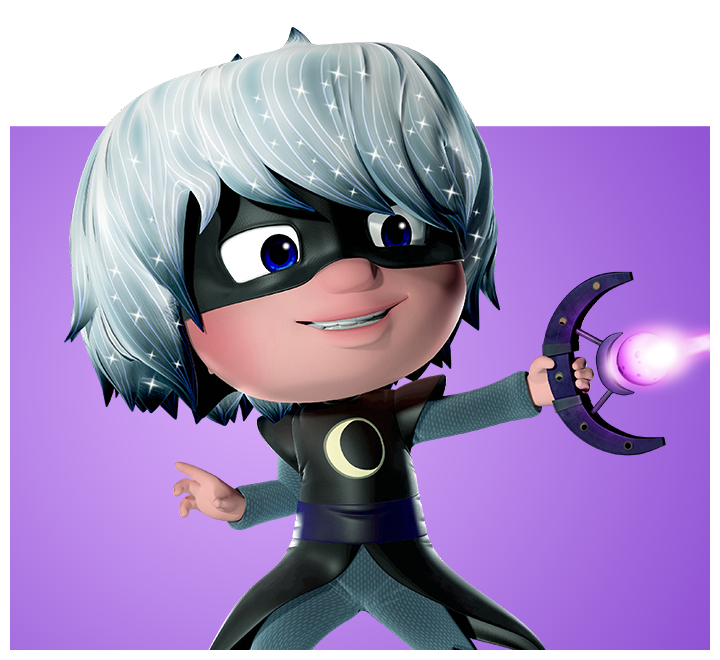 Luna Girl is PJ Masks’ second biggest enemy. Whereas Romeo wants to dominate the world, Luna Girl wants all the fun daytime things for herself. She dresses in a black moon-themed cape and mask, and is always followed by Luna Moths and flies around the night sky on her Luna Board.

“It’s not often you find sets containing more than the main characters, and this one is great value.”

“Mobility means it can be added to a bigger game of PJ Masks."

This rolling lab playset opens up to reveal Romeo’s secret lair, complete with working hand-operated crane, missile launcher to defend against those pesky PJ Masks. It comes with a 7.5cm Romeo figure, Robot figure, mini rolling lab charger. Naturally there are lights and sounds to play with, all operated from the control panel.

This Fold ‘N Go HQ Playset features a simple version of the PJ Masks HQ, with a fold-down door revealing a level of play. It comes with four 7.5cm figures, including Catboy, Owlette, Gekko and Romeo. It also comes with three small crates, a catapult and a furball to launch and knock over the crates.

“Easy to play with other children or parents.”

The Night Sight Game from Ravensburger is a great PJ Masks-themed board/activity game for up to three players (although you could double up in teams). The goal is to use your memory skills to remember which toys are on your toy shop card and stop Romeo from stealing them. It comes with a mask for each of the PJ Masks team with red-filtered eyes that are used to reveal whether you’re right or wrong. It takes around 15 minutes to complete a game.

“Great product, and has loads of different ways to play for you and the kids!”

This playset features the PJ Masks Seeker Truck, with plenty to do. It comes with a Catboy figure and Mini Cat Car, and includes a lookout tower and working spotlight, a detachable cage to hold the bad guys, a disc launcher, a pull out ramp and quick-launch cockpit. Inside is space for four vehicles and three figures in the cockpit.

This Rival Racers Track set allows your kid to launch Catboy and the Catcar around the looping track and into Luna Girl and Romeo to save the museum from the Ninjalinos. In addition to Catboy, the Catcar and the Night Ninja Bus, there are 25 interchangeable pieces, including two launchers, the loop, a steep banking corner and opening museum doors.

"Absolutely perfect for those Owlette fans!"

Ideal for kids who are huge fans of dress-up play and Owlette, this includes a great quality red jumpsuit bearing Owlette’s symbol, detachable wings, a separate mask with mesh eyes, wrist cuffs, a pair of gloves and elasticated foot covers to complete the looks.

"The perfect costume for Gekko fans."

This Gekko costume has a brilliant scaly-lizard design with his gold symbol emblazoned on his chest. It also includes lizard-styled patches on the shoulder and knees, with fins and mesh eyes on the removable mask. It also has a pair of wrist cuffs, scaly gloves and foot covers. And don’t forget the all important Gekko detail which can be removed easily when it’s time to take a seat.

"You guessed it, brilliant if Catboy is your favourite PJ Masks hero."

This Catboy costume has brilliant detail with a true Catboy effect symbol on the chest. Like the others, the mask features fully-designed mesh eyes and is removable. As is Catboy’s signature tail! It also has a pair of wrist cuffs, gloves and foot covers.

"Sometimes it’s fun to be the baddie!"

Dress-up is always more fun when there’s a baddie. This Romeo costume comes with a printed long-sleeve top designed to look like his lab coat and an attached backpack, an elasticated face mask with Romeo’s signature haircut and mesh eyes, a pair of teal trousers and matching gloves

“It’s the ultimate PJ Masks playset in one.”

This 2in1 playset is the ultimate toy for a PJ Masks fan. It transforms from the complete Seeker Truck to the PJ Masks HQ at the touch of a button. In HQ mode, it stands at a whopping 90cm tall with five levels of play including three drop-down ramps. It also has a kid-powered lift to take the heroes from floor-to-floor. There are lights and sounds operating from PJ Robot’s control panel, and flip down visor that doubles as a prison for the villains. And on top of all that, it comes with a 7.5cm Catboy and Catcar.

“The built-in carry handle makes it super easy to play with."

This PJ Air Jet transforms at the touch of a button from the super useful built-in carry handle, activating the pop-out wings, lights and sound effects. The wings have two small parts that allow you to place other figures onto. Unlike most playsets or larger toys, it comes with a Turbo Blast Catboy (rather than regular Catboy) figure. There’s also a missile launcher sitting on the wing to attack the villains.

“More detailed design that the mini vehicles found in playsets.”

This simple, no nonsense set includes a 7.5cm Catboy figure and his signature Catcar. Standing at 3.7 inches tall, the Catcar is larger than most vehicles available to buy and is more realistic than its smaller counterparts. Each of the corresponding figures are designed to fit in the cockpit of each others’ vehicles.

“This is a nice, simple and detailed set.”

Just like the Catboy set, this is a really straightforward character and vehicle combo. It comes with a 7.5cm Owlette figure and her signature Owl Glider standing at 3.9 inches.

“Detailing and texture on both the figure and car are great!”

As you’ve probably guessed, this is Gekko’s nice and simple vehicle and figure set. It comes with a brilliantly textured 7.5cm Gekko figure and the Gekko Mobile is similarly well-detailed with its lizard scales and fins.

“We all know that squirty bath toys are super fun!”

Don’t worry, we get it. Entering a whole new cartoon/toy universe can be daunting. So we’ve put together a list of some handy FAQs:

What does PJ Masks stand for?

PJ Masks is a literal translation of “Les Pyjamasques”, the French book series the TV show is based on. It simply refers to the magic pyjamas the heroes put on to fight evil at night.

How does the PJ Masks song go?

Are you sure you want to do this to yourself? It’s going to get stuck in your head aaaaall day...okay! Here’s a super cool homemade version a dad made...

The @PJMasks are here to save the day!

How did PJ Masks get their powers?

The PJ Masks get their special powers from their magical pyjamas, but they only work at night. However, they also get some more special powers in Series 2, episode 8B (‘PJ Power Up’) thanks to a mysterious crystal statue.

What are the PJ Masks catchphrases?

All three PJ Masks shout ‘hooray, ‘cos in the night we saved the day!’.

Owlette: “Owlette to the rescue.”

How old are the PJ Masks heroes?

All three members of the superhero team are six-year old, but Catboy/Connor is known to be the oldest. We don’t know how old the villains are, but they’re likely to be around the same age.

Do the PJ Masks ever sleep?

There isn’t any evidence in the show that the team of heroes ever sleep. They’re awake and live normal lives in the day, but put on their magical pyjamas to fight the villains at night. The episodes could take place days apart and the trio all sleep soundly between battles, we just don’t see it.

Who is the strongest PJ Masks character?

Gekko is the strongest one, thanks to his super strength powers.

Where can my little one watch PJ Masks?

PJ Masks is shown on UK TV on the Tiny Pop channel. The first two series are available on Netflix, while Disney+ has the first four. Amazon Prime Video leads the way, however, with all six series available to stream. 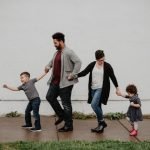 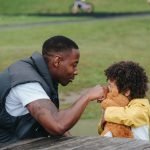