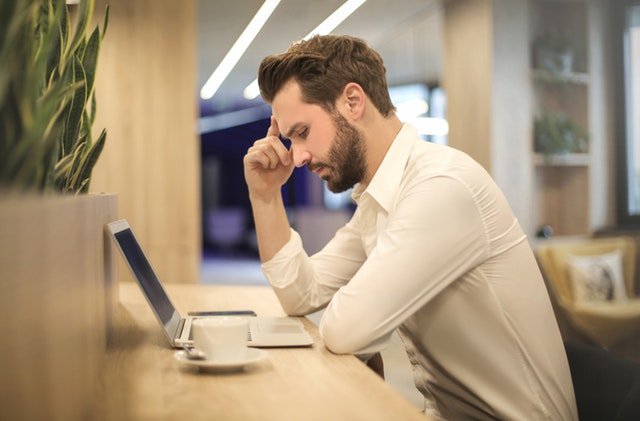 DaddiLife has conducted major research into the challenges facing modern day dads at work. Here’s what you need to know. 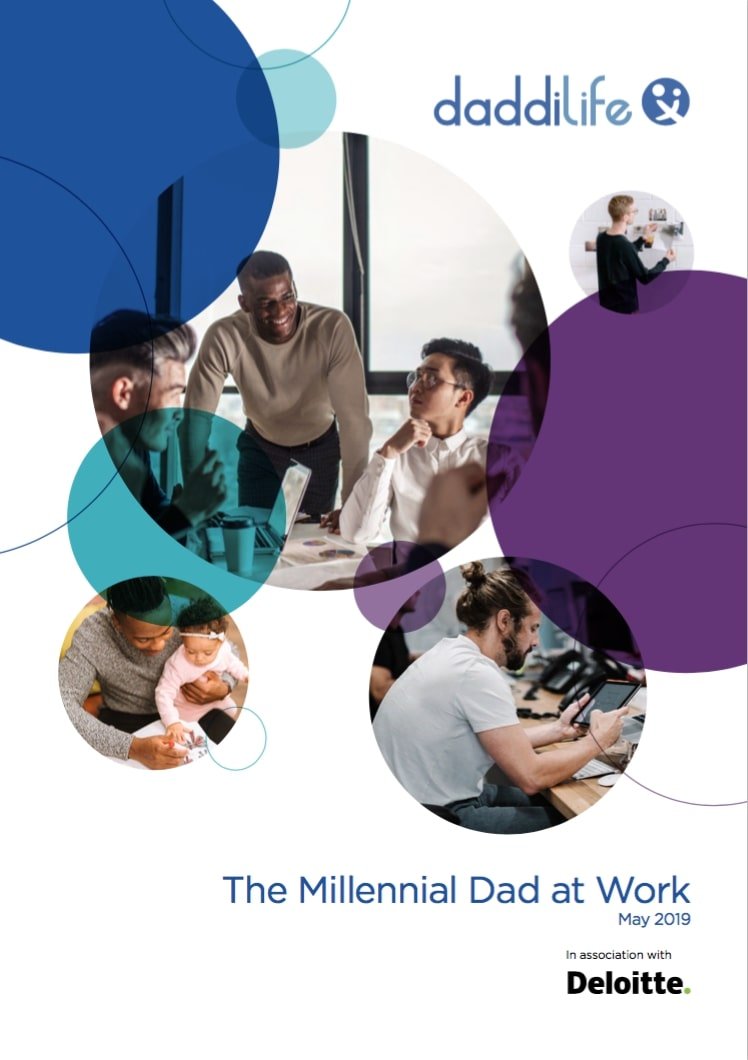 Over the last few months we have interviewed over 2000 working dads between the ages of 24 - 40 to find out what being a dad at work is like in the modern age.

It’s fair to say that this research - produced in association with Deloitte - has been truly eye opening.

We researched and wrote the report because we’ve heard from a lot of dads over the last two years about the realities of life at work as a new dad. Some are happy with their post-baby work/life balance. Quite a few are not. Here are some of the highlights from the research. You can also download the report for the full results.

Dads are more involved across all parenting duties 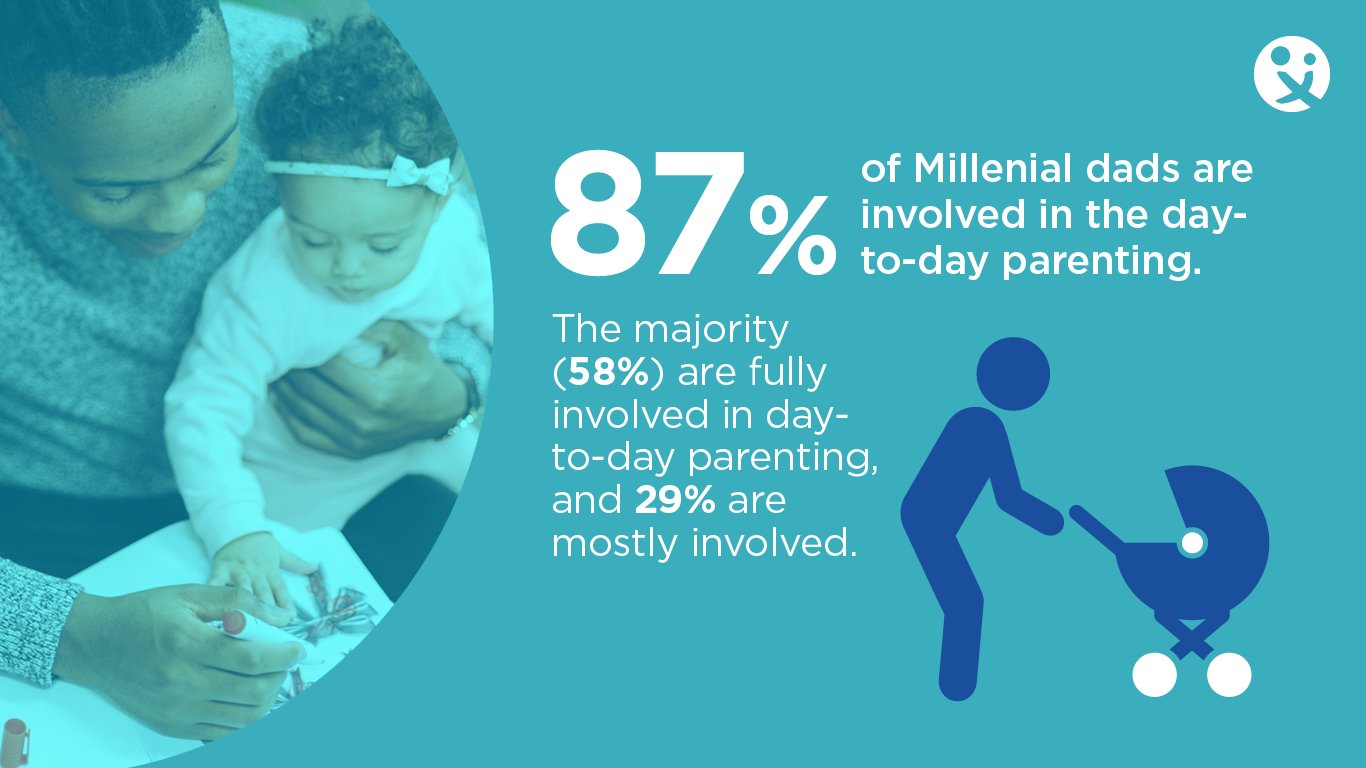 Modern day fathers are more involved in parenting than ever before. In fact, 87% of the dads we talked to are either mostly or fully involved in day to day parenting duties. This chimed very closely to what we found last year through the Dad Index.

Dads are increasingly putting fatherhood in front of careers, or at least accepting the need for a better balance between work and home life after the birth of a child. 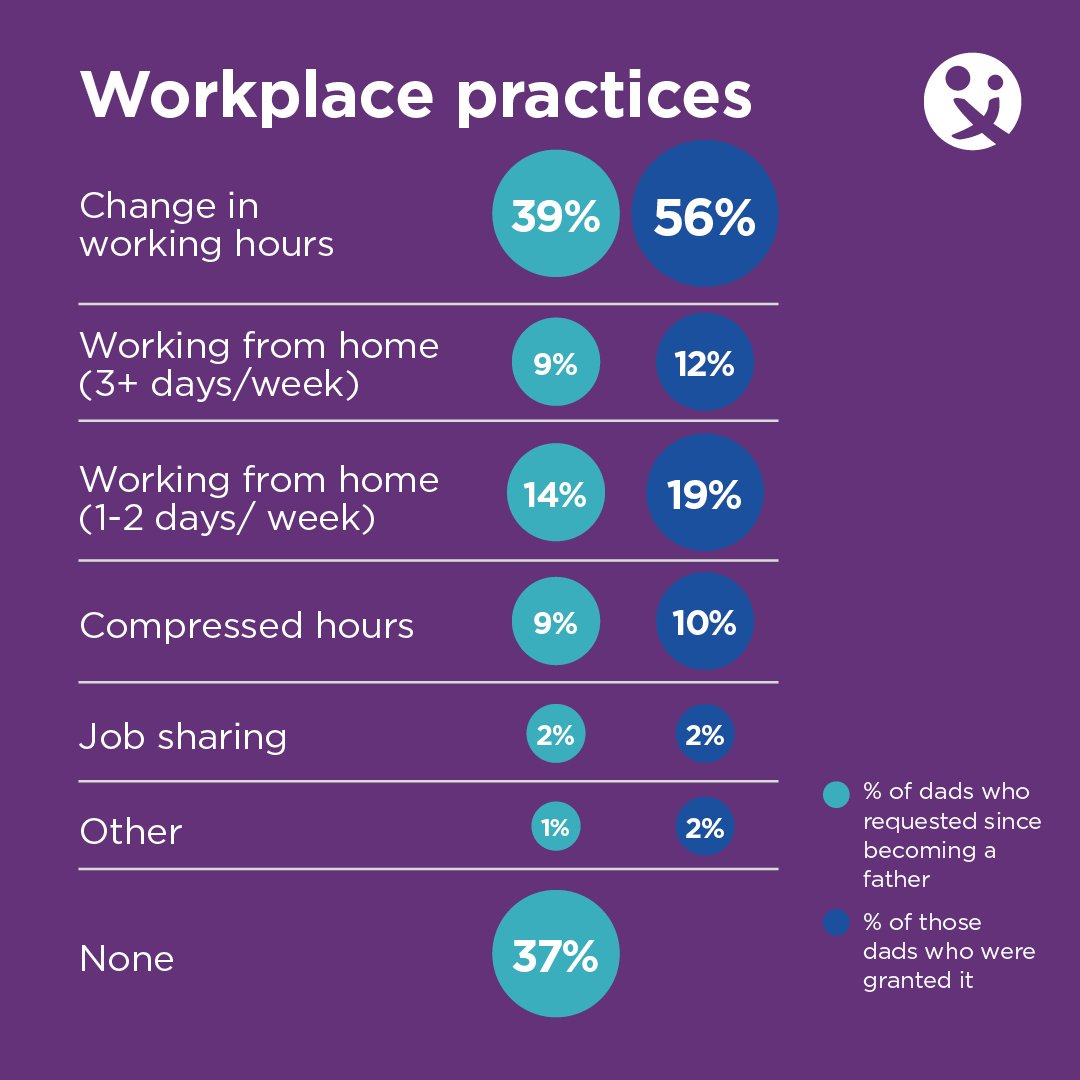 Our study found that nearly two thirds (63%) of dads have requested a change in working pattern since becoming a father.

Whatever it is, new dads are asking for more flexible working in record numbers. This is because, more than ever, they value time spent with their young families.

New dads are asking for more flexible working in record numbers because, more than ever, they value time spent with their young families." 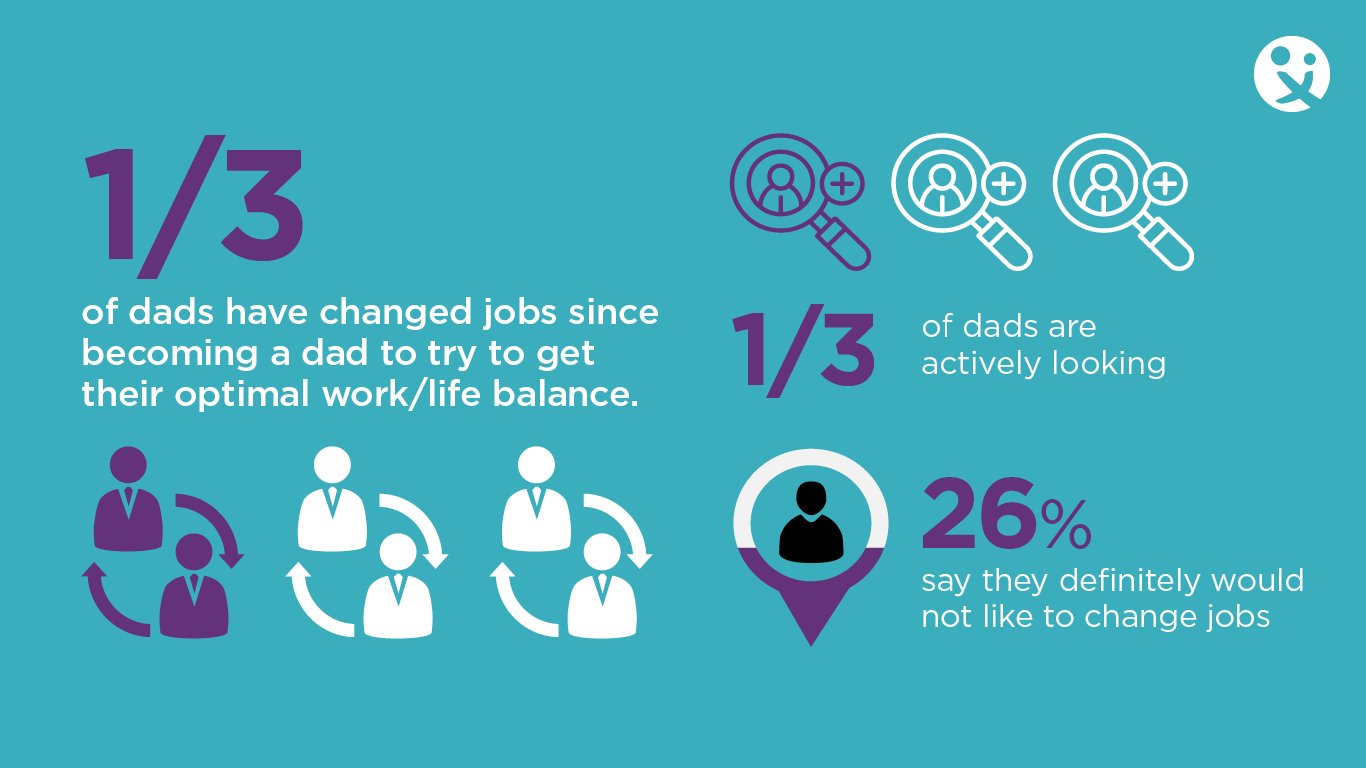 Millennial dads are prepared to take drastic action to make sure they achieve a lifestyle that is good for work and good for their families. Our research found that a third of dads had already changed jobs since becoming a father. In addition to that a further third were actively looking to change jobs.

That’s an interesting finding as far as employers are concerned. It shows that offering flexible working for parents (both mums and dads) is likely to help them retain their top talent.

The data suggests that, at the moment, too many organisations are letting good workers drift into the arms of other organisations. Specifically the ones who are more sympathetic to the need for better flexibility at work. 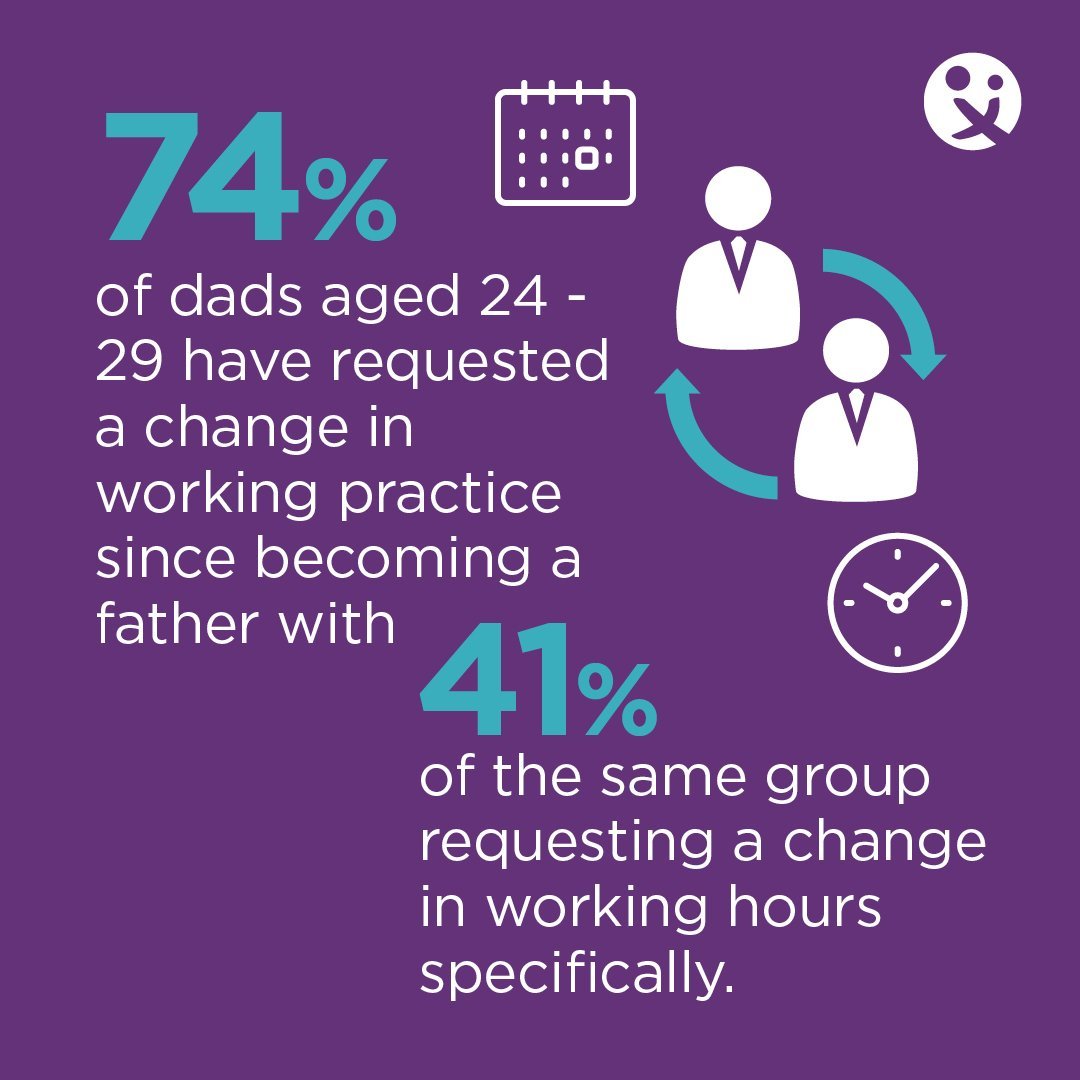 The worry is that not all employers are getting the message. For instance, our research reveals that, while 14% of our dads have requested to work from home on one or two days a week, less than one in five (19%) have had the request granted.

Similarly, 40% of the dads interviewed have requested a change in working hours. But nearly half of them (44%) have been turned down.

Dads are struggling to balance work and home life 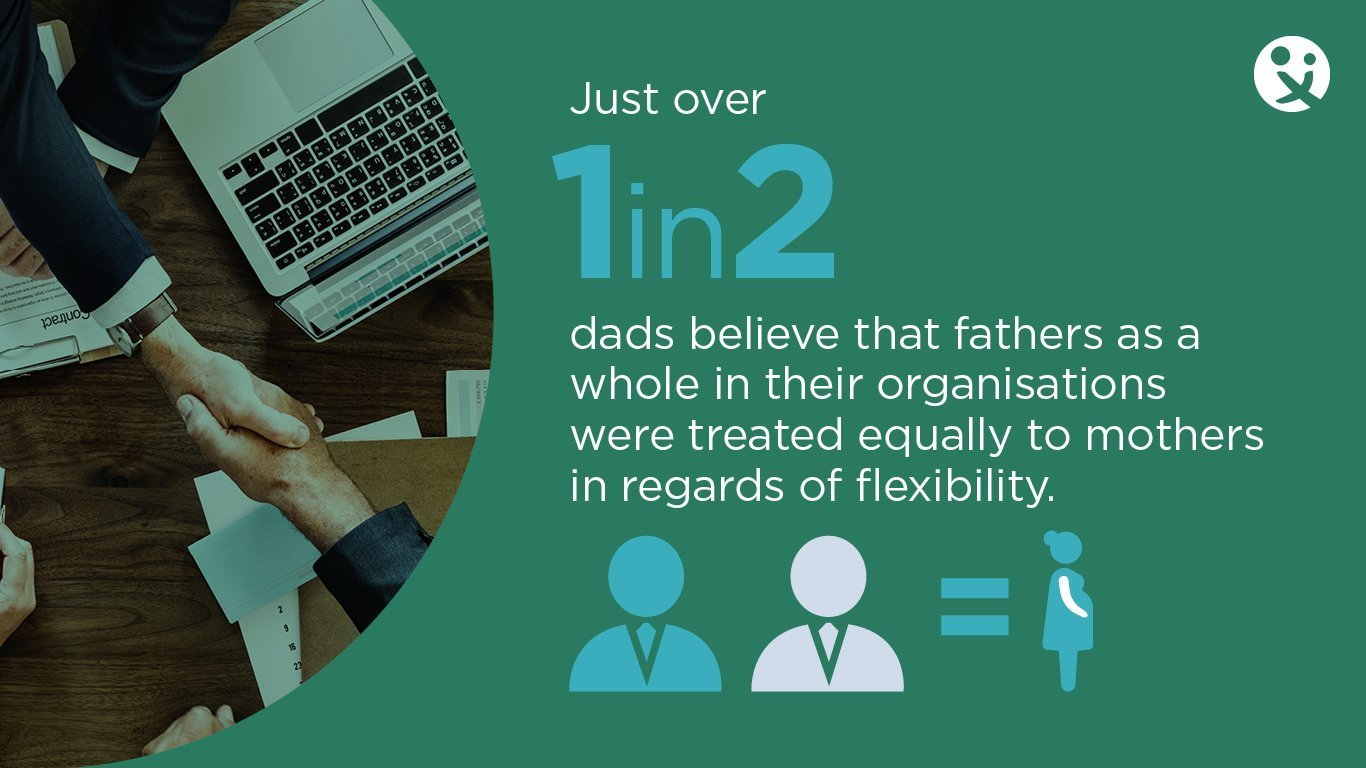 Dads that we meet through DaddiLife often understand that the greatest life satisfaction comes from being an involved and present parent. Too often though, they bump up against a workplace environment that is sadly out of touch with that sentiment.

This is something that the research also supported: 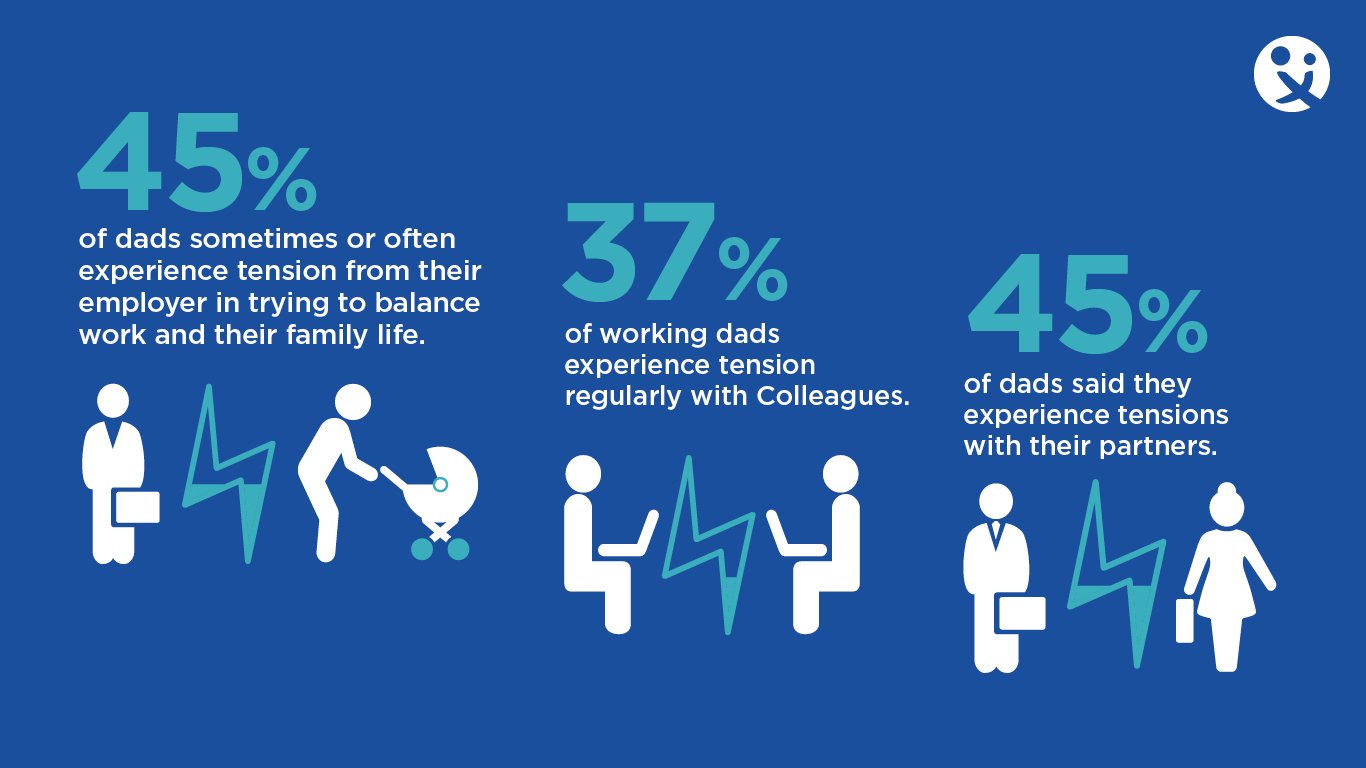 The Millennial Dad at Work is a call to action 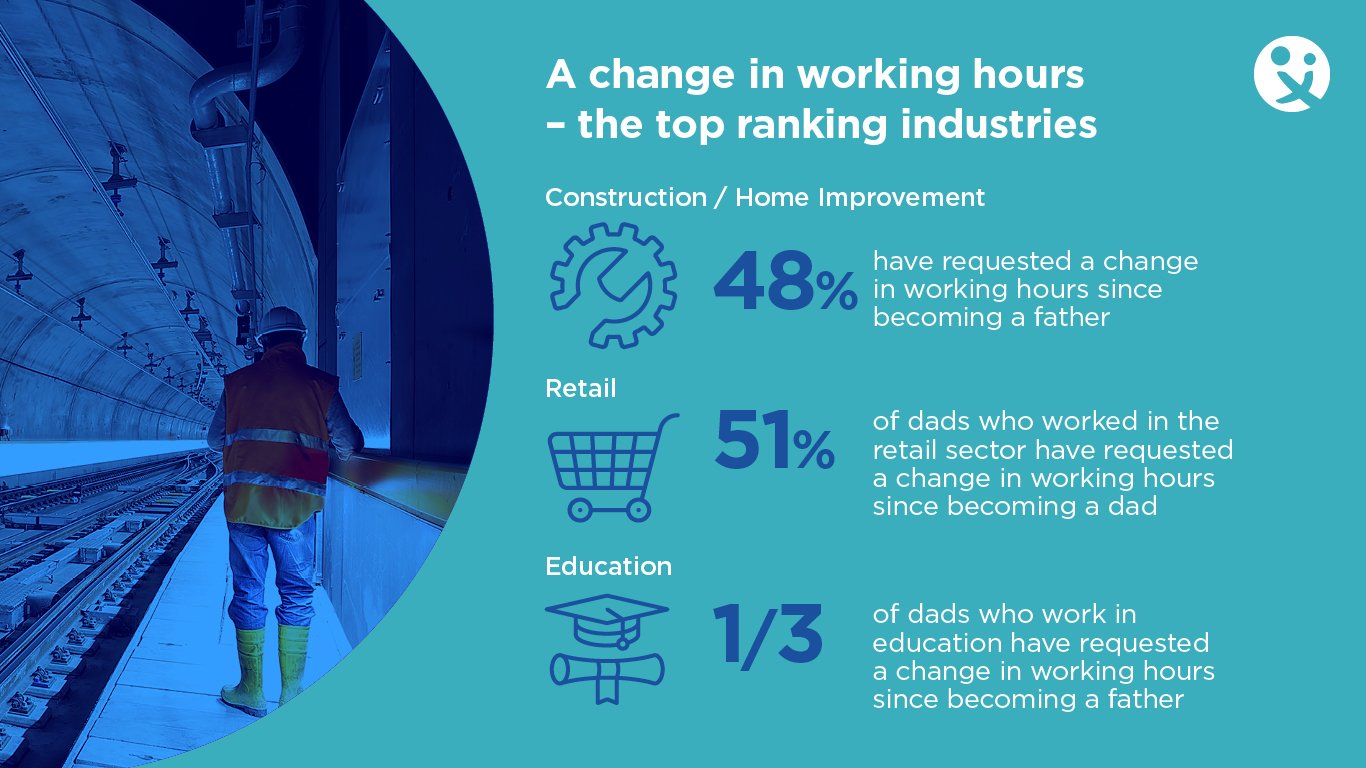 In the report we look at the specific industries offering more flexibility, and the ones offering less. Society may be gradually more accepting of the fundamental role that fathers play in creating happy, well adjusted children. But many workplaces are lagging behind.

Dads are suffering because of that, and organisations are too. Unhappy workers are never at their most productive. As we’ve seen, businesses who fail to offer better work/life balance for parents risk losing top talent to more enlightened competitors.

It is our hope that the full results of this research start to push significant change for modern day dads. This is a change needed throughout different regions and different sizes of organisation.

There is a way to go, but it's something we have to do. It is ultimately for the benefit of families, organisations, and our children's futures.

What The Millennial Dad at Work report contains:

What the experts say about The Millennial Dad at Work 2019

“We are delighted to be able to support this important research which has highlighted the change still needed in many businesses when it comes to ways of working and support provided to working parents. Agile working has long been a key priority and focus for Deloitte – enabling everyone to balance their commitments outside work with a successful career is critical to our ability to attract and retain the best people; these findings serve to show why this focus is so important.” 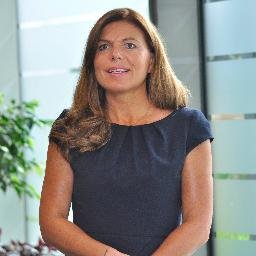 “We know from our own research that fathers are often not getting the support they need in the workplace. This important report from DaddiLife underscores the fact that many fathers—particularly millennial fathers—struggle to take control of their time and choose the balance that works best for themselves and their loved ones. We are tackling this problem through our work with employers to create more family-friendly, gender-equal workplaces.” 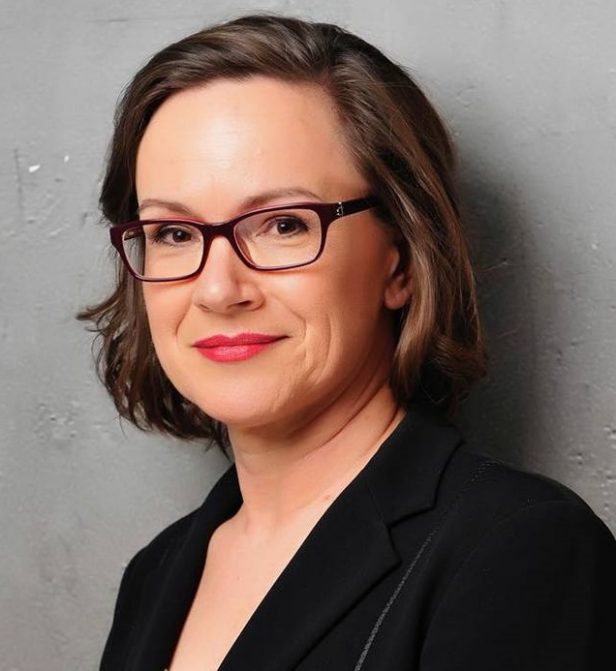 “This report shows that over a third of Millennial fathers struggle with their mental health when balancing their responsibilities as parents and workers. Having a healthy work-life relationship is important for everyone’s wellbeing and employers have a key role to play here. From encouraging flexible working to promoting mental health awareness, open conversation and clear pathways to support – there are a range of measures businesses must take to ensure working parents are supported.” 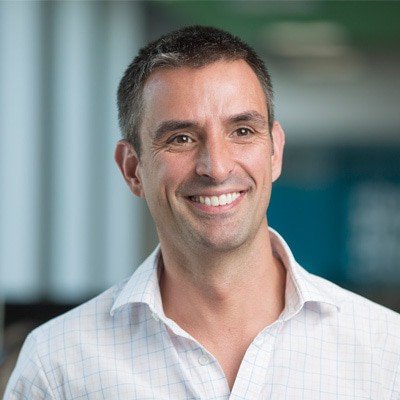 "This research is vital in backing the feeling that men are changing in their attitudes to work-life balance. We started workingdads precisely because more dads were coming to us for jobs that allowed them to combine a fulfilling career with an engaged family life. Millennials are no longer the future, they are the present and so any firm that wants to attract the best talent and flourish in these uncertain times needs to understand their expectations of work and how different they are to previous generations." 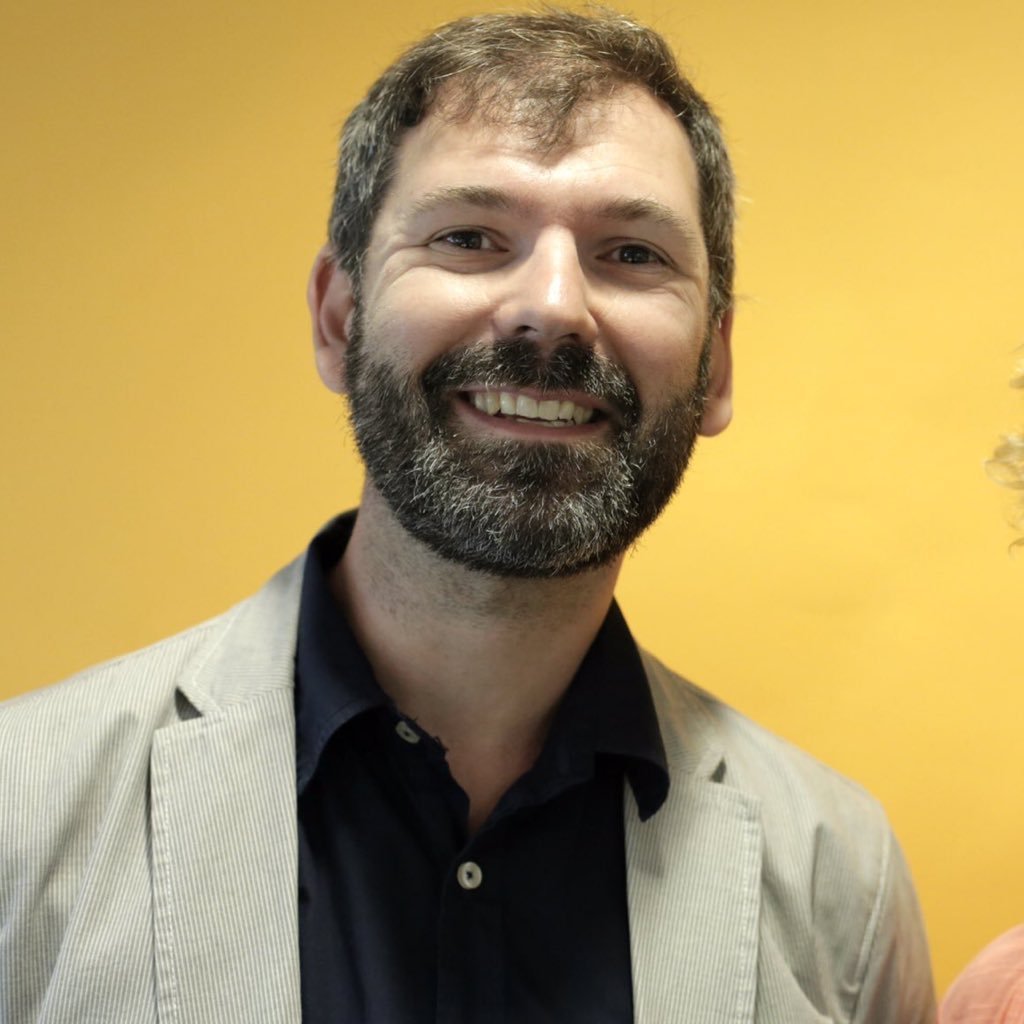 The Millennial Dad at Work was last modified: May 19th, 2019 by Hugh Wilson 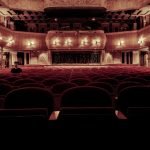 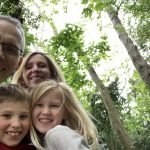 What can we dads and grand-dads do, to improve things for working dads? I’d like to hear some positive and constructive ideas. We know we are stressed- try to maximise our health- encourage our kids and cheer their success in netball and swimming and football- and try to look good at the same time!
Anyone want to make a suggestion or two?