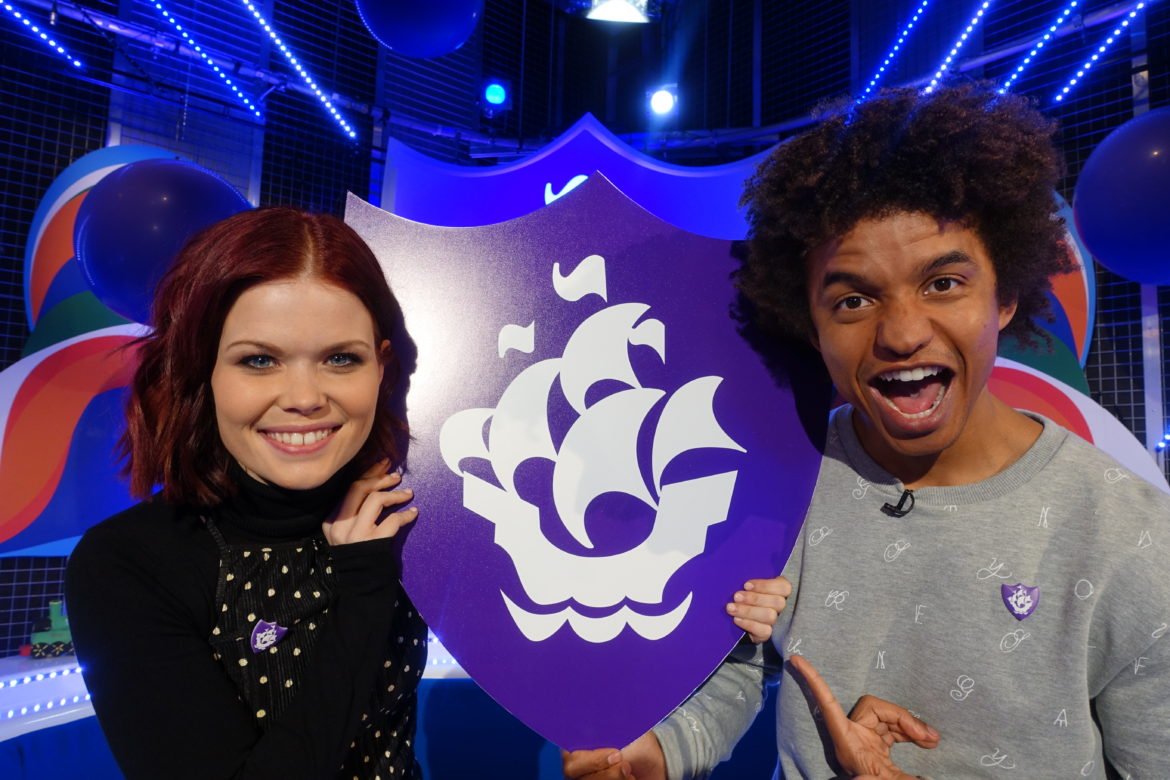 On 1st February 2018 Blue Peter airs its 5000th episode! To put that in context, the show has been around considerably longer than I have. My children will watch it on Thursday, nearly 40 years after I first sat glued to Valerie Singleton creating something incredible out of old corn flake packets, or John Noakes doing something dangerous for charity.

Of course, things have changed since then. The show of 2018 is rather different from the homespun Blue Peter of the 1970s and 80s. But BAFTA Kids nominated producer Helen Varley says that its purpose remains the same.

“Blue Peter encourages the CBBC audience to be inspired by the world and the people in it. Things that many people now assume are defunct, like writing letters and making things from what you already have at home, are really loved and cherished by the Blue Peter audience.” 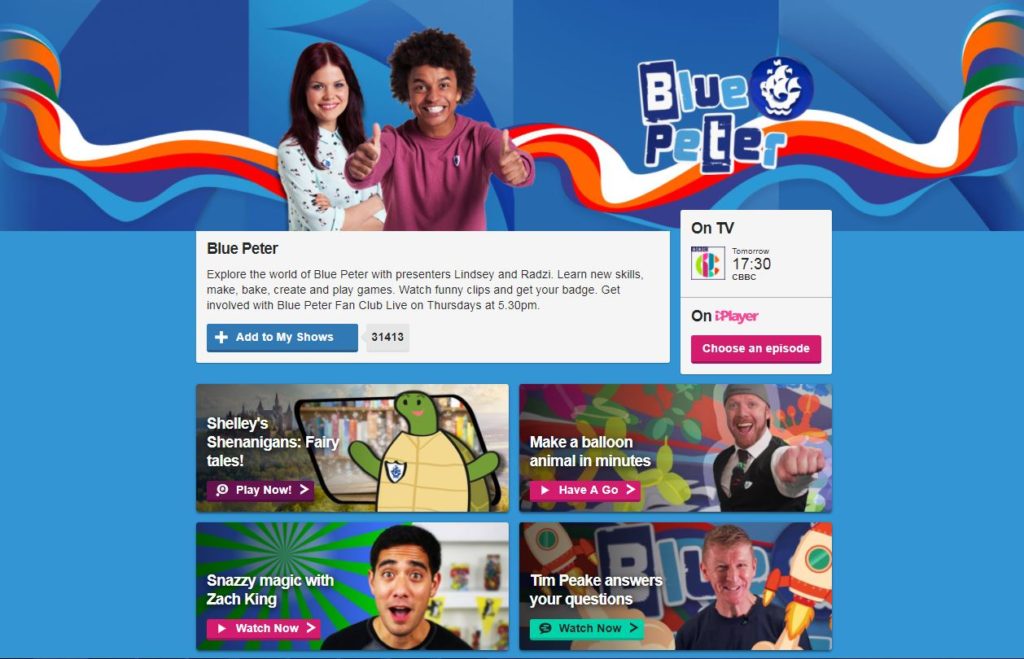 Nevertheless, times change. When I watched Blue Peter, it had very little competition. As Helen acknowledges, engaging an audience in an age of multi-channel, multi-device media is more of a challenge.

“I think kids have changed because the world has changed,” she says.

“The family unit has changed. The way we communicate has changed. Of course, there are fundamentals that stay the same, but if you think that children’s TV used to be on for an hour a day and now there are multiple digital children’s channels running 24/7, video games, apps, YouTube…there are a million things fighting for their attention and most kids won’t ever have known any different.”

So how does Blue Peter stay relevant in an age when a badly house trained elephant isn’t quite the media moment it once was?

Helen says: “These days, kids are born digital and thus it (the website) is a key part of the Blue Peter offering. It gives us a platform to communicate with the audience, offer them great content 24/7 and give them ownership of the show. It’s a real community.”

On TV and online

The Blue Peter website is now an integral part of the show, a place where kids go to get closer to the presenters and guests, enter competitions and share ideas. Innovations like Fan Club Live, an hour of live chat from 5:30pm on Thursdays, while the show is on, taps into a very modern desire for instant response.

Helen adds: “We also play interactive games on the show, most famously ‘Spot Shelley’ where a cartoon of Shelley the tortoise is hidden somewhere in the episode and the first person to spot her and post where on the website gets a shout out live on the show! We also get kids to send in questions for celebrity guests – sometimes these are read out straight from the website.”

Very different…but much the same

The website also gives producers like Helen lots of data on what children like and what they want more of. And what do children of the online age want? Reassuringly, it’s all quite familiar.

“We still have pets, a garden, we do makes and bakes and we award badges – although there are eight different badges now that challenge the audience to try new things,” says Helen.

“The legacy of Blue Peter carries through the generations. For example, presenter Radzi recently completed a variation of a free fall skydive with the RAF Falcons for Children in Need, a challenge completed previously by presenters John Noakes, Janet Ellis, Simon Thomas and Andy Akinwolere.”

In my own memory, Blue Peter was about joining in. You watched the show and tried to make the model. You worked for a badge or entered a competition. You sent your best drawing in. In that respect too, little has changed.

Another recent competition winner will see a dragon they designed brought to life and placed on the Great Pagoda in Kew Gardens.

Helen adds: “Over 37,000 children entered these competitions, a true testament to the creativity, dedication and imagination of our audience.”

For dads of a certain age, Blue Peter feels steeped in nostalgia. But the show has consistently moved with the times, as you’d expect of the longest running TV show in the world.

Today its digital and traditional incarnations have their own unique selling points, but bounce ideas and inspiration off each other. Children join in and have fun, as they always have. They just have different ways of doing it.

And there’s something deeply reassuring about Blue Peter in a world were parents worry about the effects of the internet and its many distractions on young minds. The show is still about being active rather than passive, about doing as well as watching.

For Helen, this is key: “What makes Blue Peter different from other shows is that all our makes and skills videos are created using low-budget materials, or things you can find around the house. Children are incredibly creative and the proof of this is the amount of post they send in to us.”

So will its unique mix still be around in another decade? “Blue Peter is truly a national treasure and a real bond between generations,” says Helen. “Can you imagine a world without it?”

What’s in it for dads? 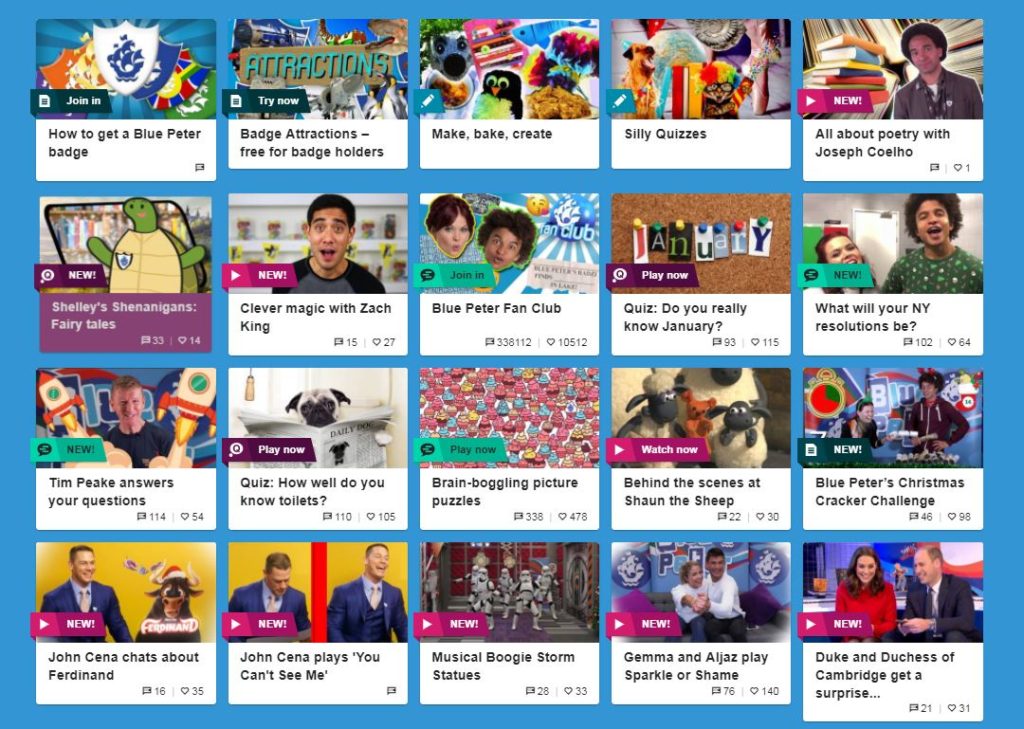 So why discover (or rediscover) Blue Peter? Quite simply, the website is a repository of great ideas, especially if you are, like me, useless at practical stuff like crafts and cooking. Right now you can get online with your kids and…

There’s probably no other single resource that offers such a variety of activities in one place. If you haven’t checked it out in a while, it’s time you did. 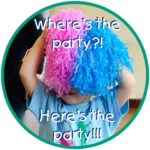 Diddi Dance – Get them moving and grooving 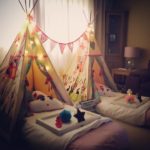 Five activities for Spring (and the Easter...