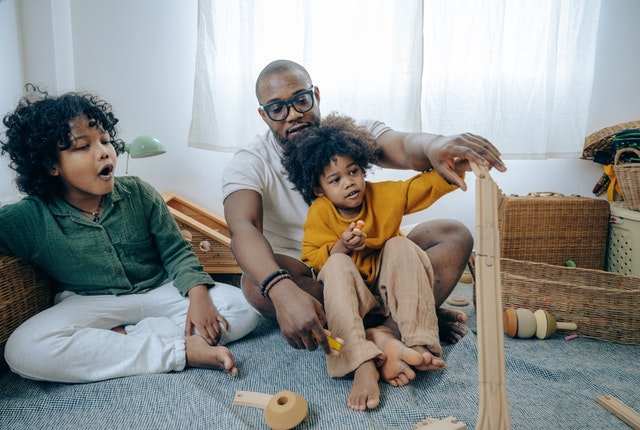 New research has confirmed the benefits of boisterous play for child development, and that dads bring something special to playtimes.

As a dad you instinctively know that playing with your children is good for them and good for you. The wide-eyed wonder when you build a brilliant den! The uncontrollable fits of giggles when you tear it down! And that’s just the dads.

We’ve explored this topic in DaddiLife before, and now a new study appears to confirm an entirely positive finding: when dads play with their kids, the benefits are profound.

The new research – from Cambridge University’s faculty of education and the LEGO Foundation – used data from 78 different studies to look at differences in the ways mums and dads played with their children and how it affected child development.

It concluded that dads’ play is:

It’s a very good thing that they do. The study’s authors state: “Studies investigating links between fathers’ play and child outcomes suggest that fathers’ play in the early years can positively contribute to children’s social, emotional and cognitive outcomes.”

fathers’ play in the early years can positively contribute to children’s social, emotional and cognitive outcomes

Digging deeper, the authors report that children who enjoyed plenty of high quality playtime with their dads in their early years are:

Paul Ramchandani, professor of play in education, development and learning at the University of Cambridge, said that physical play with dads teaches kids about boundaries and to realise when things have “gone too far”, and to self-regulate their own behaviour.

“It’s a safe environment in which children can practise how to respond. If they react the wrong way, they might get told off, but it’s not the end of the world. And next time they might remember to behave differently,” he added.

Other research has arrived at similar conclusions. For example, an earlier study from the University of Newcastle in Australia found that high-quality rough-and-tumble was related to higher levels of what’s termed prosocial behaviour. Prosocial behaviour is things like sharing toys without a fuss or being considerate of someone else’s feelings.

Or, as one of the author’s wrote: “In other words, high-quality rough-and-tumble play is linked to nice children who are probably going to have an easier time making friends with their peers.”

It’s also true that kids with a great relationship with their dads tend to do better later in life. Studies are showing that the best relationships develop when dads commit time to play.

“Fathers who make the choice to devote their time on non-workdays to engaging with their children directly seem to be developing the best relationships.” That’s according to Geoffrey Brown, assistant professor in the University of Georgia’s  College of Family and Consumer Sciences. “And on those non-workdays, pursuing activities that are child centered, or fun for the child, seems to be the best predictor of a good father-child relationship.”

All this points to the fact that there is a growing body of evidence showing that dads play differently to mums. While also that both are equally important for child development.

Why rough and tumble is important 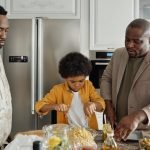 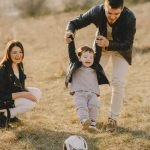