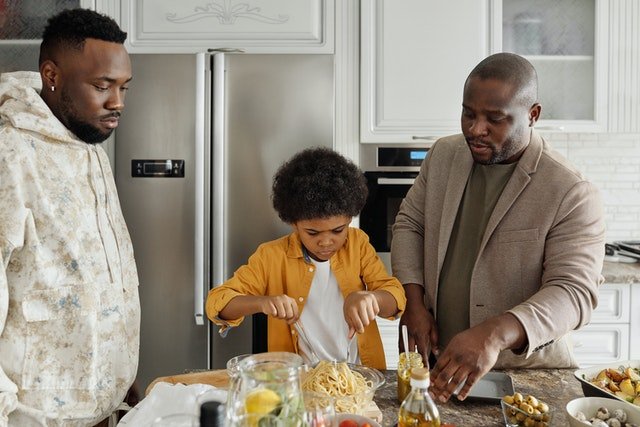 Lockdown has given lots of dads time to hang out with their children more, and that often means doing what they’re doing.

Many of us have had extra time during lockdown to ourselves, and I’ve used mine to rediscover my inner gamer.

Don’t get me wrong, I’ve not regressed to the 20-year-old who would be up till 2am, eyes like saucers, completing just one more level. But every weekend I put aside a few fun hours to fire up the console and shoot some zombies.

The really positive thing about this is not that I’m becoming rather good with a shotgun, but that I do this with my son. My 13-year-old is an avid gamer, and I’ve always wanted to engage with his passion a bit more but never felt I had the time to do it. Lockdown has given me that time.

It’s not even that we like the same stuff. I like linear, story-based games and he likes open worlds. But he likes that I like his hobby. We now discuss the technical specs of next generation consoles, and banter about how much better he is than me. This is actually true. When I get to a bit I can’t do in a game I let him take over and clear the hurdle – usually in about two attempts – rather than quit in a rage.

I’m really glad we have this time and we share this interest. I’ll never be obsessed with gaming like my son because I’m not a teenage boy. But after 25 years off from gaming, I can now see why he likes it so much. And dad and son have something else to talk about and enjoy together.

🎮❤️A major Father’s Day wish to this man right here. From 2012 until now, you’ve not only showed Sevyn, but you also allowed me to witness the love all little girls deserve. From a coach dad, to e-learning dad, to 2K20 video game dad. You’ve literally never missed a beat. I mean NEVER. I can go and on.. We love you always. Ps. This gamer theme came from the start of quarantine. Kevin purchased a PS4 and showed Sevyn how to play 2K and it’s been on ever since. The arguments are heated 🥴🥴. She was really hype about WNBA being on there 🙌🏾now it’s been all about @kingjames and @kuz and the Lakers. Anywho, Happy Father’s Day to all. #GamerDad #FathersDay ❤️🎮

Getting the baking bug

And it seems that I’m not the only dad that has used lockdown to engage with their children’s hobbies. My friend has started baking with his daughter after watching The Great British Bake Off together. She now makes a mean meringue and a lovely banana loaf. He doesn’t, but he gets a lot out of their weekly baking sessions anyway.

“Ruby loves to cook with her mum, but baking was something else,” says Max, my friend. “My wife didn’t want to spend more time in the kitchen, and I wanted something that Ruby and I could do together, just the two of us. So now we spend Saturday afternoons creating either perfect cakes or a sticky, soggy mess. Either way we enjoy it.”

Like my son and I, Max and Ruby started to share their hobby during lockdown, when there wasn’t much else going on and Max had more time to relax. And like us, they’ll continue after lockdown ends. We’ve discovered that sharing our kids’ hobbies is good for everyone.

I wanted something that Ruby and I could do together, just the two of us

Happy Father’s Day to all the great Dads out there & a thought to those who are sadly no longer with us. Times like this make you realise what’s really important in life & although there are times where we drive each other berserk, remember to cherish every moment. Here are my 2 helping me with the pancakes & somehow not getting flour all over the kitchen. P.S. apologies for the dodgy lockdown haircut. The sooner my barbers can reopen the better 🙈 . . . #fathersday #dad #dadlife #father #happyfathersday #daddy #dadsofinstagram #dadsday #dadslife #dads #fathers #fathersofinstagram #fathersday2020 #fatherhood #fatherlife #dadscooking #dadcooks #dadslife #family #familycooking

We’re not the only ones. Family counsellor Alison Ratner Mayer believes that sharing a child’s hobby is a great way to build their self esteem. According to Alison, “it sets a strong foundation for great self-esteem and confidence that their presence and company is not only appreciated but enjoyed and that they are worthy of other people’s attention, affection, and time.”

And it’s also a great bonding opportunity, she says, because it’s something special that you and your child do together. One other benefit comes from learning a hobby at the same time, because it shows your child that it’s OK to get stuck, make mistakes, or for things not to work out at the first attempt. Max says that the first time Ruby made a meringue, with his help, it turned out like sweet goo. The second time it was better, and the third time perfect.

Dad-of-three Mike agrees that learning something tricky together is more fulfilling for both dads and kids than learning them alone. Mike’s 11-year-old son is learning the guitar, but had started to get discouraged by some of the tricky bits. Instead of hectoring his son to practice more often, Mike decided to learn the guitar too, and now father and son master difficult chords and key changes together.

“Danny is a sociable kid and I think he felt a bit isolated learning on his own, especially when he wasn’t getting something straight away,” he says. “So now we learn together, and make it fun. If he puts the work in during a session I’ll take him out for a hot chocolate too. So we spend this really nice chunk of time together.”

My son and I don’t do anything wholesome or meaningful, or at least it doesn’t seem like that on the surface. We blast baddies and laugh at each other’s mistakes. But we’re blasting and laughing together, hanging out and having fun. Sharing your child’s hobby, whatever it might be, is a great way to share a little piece of their lives.

Hobbies you can enjoy together during lockdown

Sharing hobbies is great for kids and good for dads was last modified: August 26th, 2021 by Hugh Wilson 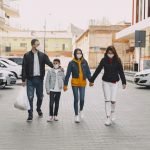 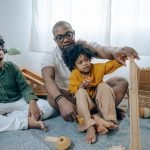