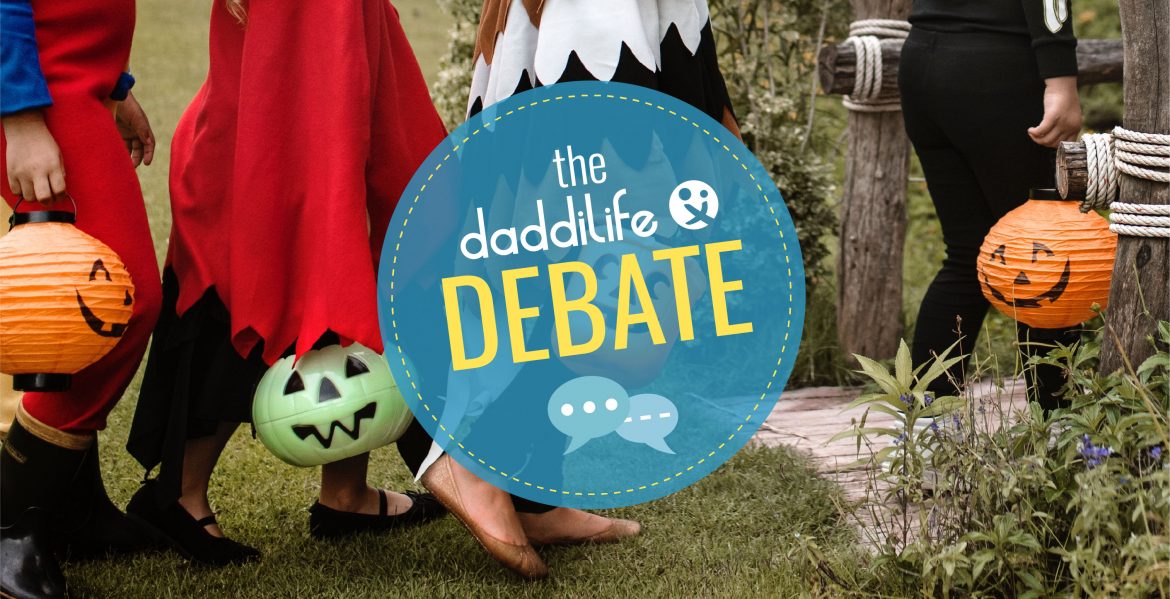 The DaddiLife debate is our new monthly feature exploring a topical issue with the help of our dad community. This month, should we take our kids trick or treating?

To some of the DaddiLife community, the answer to the question above is obvious. As Richie told us on Facebook, “Yeah of course…why wouldn’t you?”

It seems like a lot of you agree with Richie. Over 400 of you answered the DaddiLife poll, and of those that did (and thanks for taking the time), 71% said they would go trick or treating with their kids.

But – while that sounds like a resounding vote in favour of Halloween shenanigans – it also means that a quite sizeable minority (nearly 30%) won’t be trick or treating with their kids this week.

Perhaps surprisingly, trick or treating is not without controversy. So we asked community members on both sides of the debate for the reasons behind their decision.

A treat worth having

It’s fair to say that, for some of the DaddiLife community, Halloween can’t come soon enough. As Gareth writes: “My wife is going to dress up as a zombie nurse, my son as a zombie doctor and I’m going to be the patient.” It certainly sounds like fun.

Another Gareth told us that “it’s what daddies do” and that he’ll be out with his daughter again this year.

Ryan is another who really gets into the spirit of the occasion (pun intended): “I’ll be the most enthusiastic of us to be honest! I keep trying to come up with family Halloween costume ideas but get overruled.”

Alun, meanwhile, has something of a dilemma: “Last year my eldest wanted to be a pirate so I was a pirate too. This year she wants to be a princess…”

Lots of people agreed with Kyle, who argued that any excuse for kids to have fun and adventure was a good thing. We might add that getting outdoors on dark nights is a rare treat for kids in  these protective (overprotective?) times. Maybe any opportunity to do so should be grasped with both hands?

Quite a few respondents were like Leigh, who wrote: “I don’t like trick or treating or firework night, but they’re fairly harmless and it’s nice to keep the little one happy,” before adding that most of the sweets would be chucked in the bin!

Last year my eldest wanted to be a pirate so I was a pirate too. This year she wants to be a princes…

But while most people were, on balance, positive about trick or treating, that certainly wasn’t the only sentiment.

One or two respondents mentioned the potential sugar intake, which can be immense. Others used the term “glorified begging”, which certainly stirred the debate up a bit.

While many agreed with that thought, they didn’t see why trick or treating should be banned. Instead, why not set some sensibles rules?

No decorations, no trick or treating – it’s that simple

He went on: “In reality we can all see the houses prepared for Halloween, and if your kid goes to school you also learn where their little friends live. It’s very very simple to create a safe route of doors to try.”

Adam agreed: “We will trick or treat on our street which is a family cul de sac with no other houses within 500 yards really. So it’s a nice thing for us all.”

Despite that, a number of respondents would rather have fun at Halloween in a different way.

Tom wrote: “We have a Halloween party instead where the kids invite friends over to play games and have ghost stories.”

A number of dads had a similar preference. Craig agreed that trick or treating was “not for me” and said that instead his family goes to a party every year.

Which is fair enough. So with the scores at 71% in favour and 29% against, there were some excellent points made from all sides of a debate that turned out to be more nuanced than at first it might have appeared.

What do you think? Is Halloween nothing more than a great excuse to dress up and let your kids indulge in some sweet and spooky fun? Or is it less innocent than that, and an evening that some sections of the population – the elderly, for instance – can’t wait to be over with? Keep the debate going in the comments below or on our Facebook page. 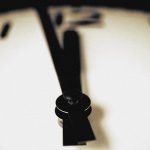