Where were you when you read the book? 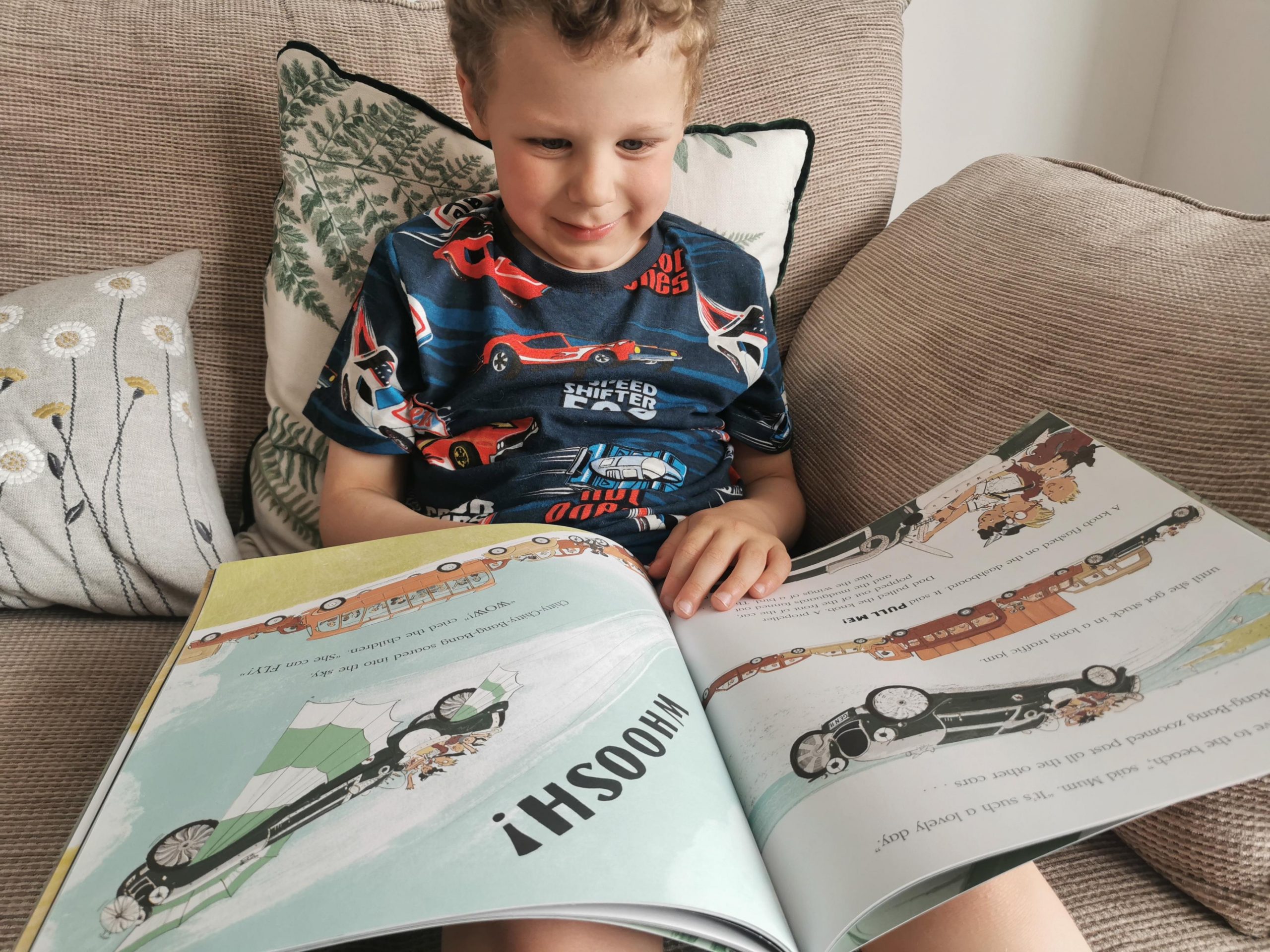 I first read ‘The Fabulous, Fantastic Flying Car Chitty Chitty Bang Bang’ to Raife while he was tucked up in bed, under the duvet gripping his teddy tightly under his arm.

What did you / your child enjoy about the book?

I instantly picked up on some things that I really liked. Peter Bently and Hodder seem to have found a really nice balance between staying true to the original story and its setting, and modernising it in a few subtle ways.

Firstly, on their impromptu and accidental trip across the channel to Calais, I noticed that it is, in fact, Mrs Pott that is driving Chitty Chitty Bang Bang. The book is set at a time when relatively few women knew how to drive, and it certainly would’ve been expected that the man drives. So it was nice to see that gender switch done so subtly, helping to normalise it for children.

Secondly, very much along the same lines is the role of the President of France. The President of France is a woman, and also appears to have a slightly darker skin tone. To me, it feels like a big statement in its adaptation of a 60-year old novel. Yet to Raife it also helps to normalise the idea of not only women, but women of colour, being world leaders.

I love that. It’s so important for children to see a diversity of genders and races holding all sorts of positions and roles in the stories they read.

The illustrations are magnificent. They have such a classic feel to them. You’d be forgiven for believing they were the original drawings from Fleming’s first publication.

The variations in text formatting work nicely – bolding, different and large fonts for Chitty Chitty Bang Bang’s noises etc all help engagement in the story (and I imagine really help young readers, too).

“Did you like that book, Raifey?”
“Yeah!”
“What did you like about it? What was your favourite part?”
“Ummmm when the robbers fell into the water and got really wet!”
“Was that funny?”
“Yeah they went SPLASH!”

The next night, I left the book outside his room. He asked why, and I explained that I needed to take it downstairs to write something to tell people whether or not we think it’s a good book.

“You must tell them that it’s good”

“Yeah? Do you think other children should have it for their bedtime story?”
“Yeah. Not my book, but they can have their own.” (still trying to teach him the importance of sharing!)

Those gender role elements were definitely a surprise for me. I certainly didn’t expect to see something like that in a book set in such a period.

I think there could have been a bit more detail at a couple of points in the story, however. At the start, we see the Potts go from poor to rich in the blink of an eye – I thought there could’ve been a line, or even a few words, to show the importance of working hard to earn money.

There were also a couple of paragraphs that put black text on a relatively dark background, which made it difficult to read on a spring evening. But that’s certainly not a huge deal by any stretch of the imagination.

On a rating out of 5, how likely would you recommend it to other parents?

I’d probably give ‘The Fabulous, Fantastic Flying Car Chitty Chitty Bang Bang’ a four. It’s a good length and a simple story for youngsters to follow, and doesn’t become bogged down with layers and layers of life lessons and morals. It could use a little more detail in some places, though, so it loses a mark there. 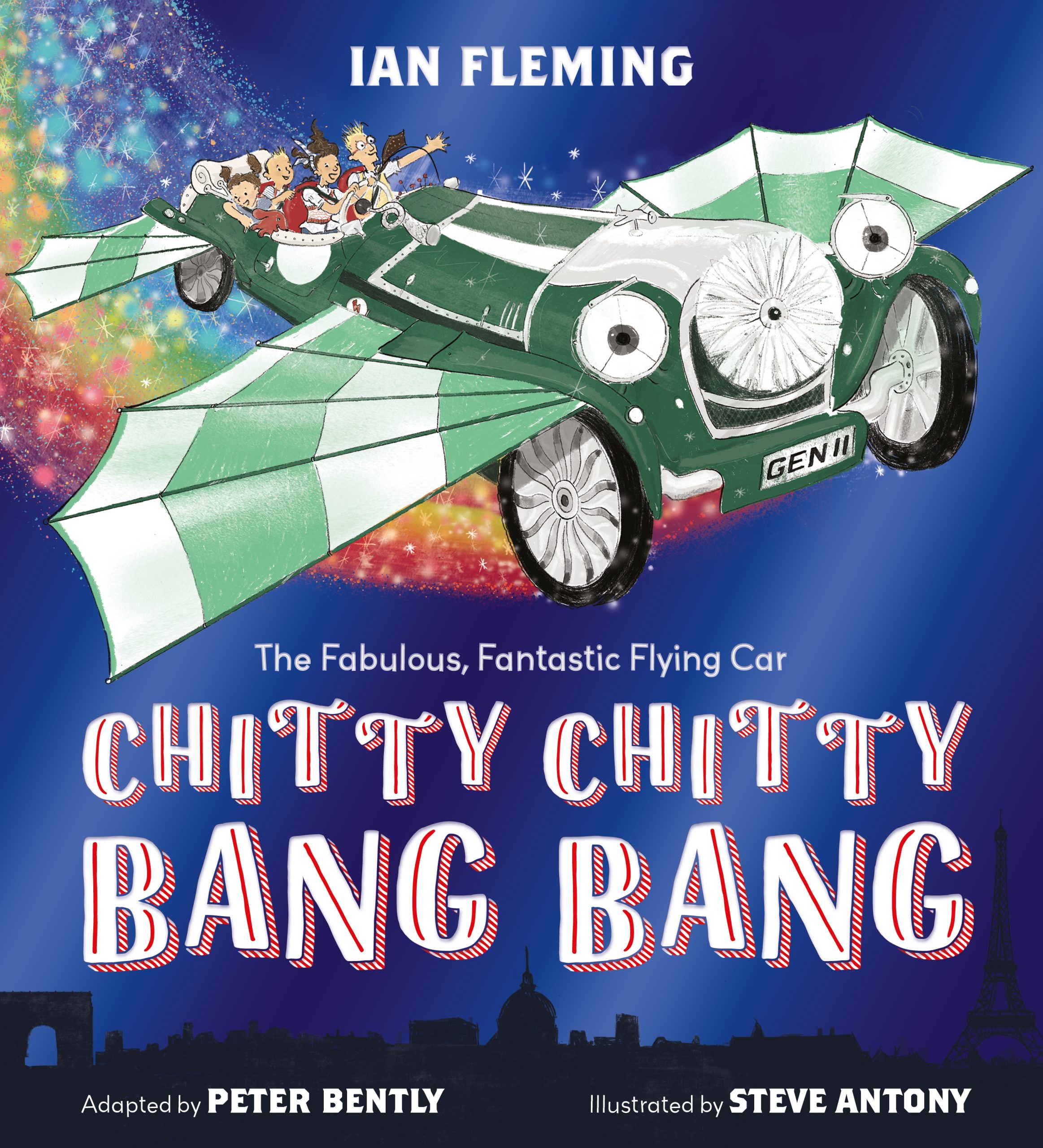 Join Jemima and Jeremy on a madcap adventure in the world’s most famous flying car!