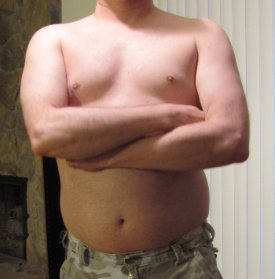 New dads often pile on pounds and now science is beginning to understand why, and we can’t just blame the take-aways. Fortunately there are a few ways to lose the dad bod.

Mums-to-be put on weight because it helps foetal growth and, after birth, lactation. In other words, there are strong evolutionary reasons for new mums to put on a few pounds. In moderation the extra pounds are a benefit, not a hindrance.

The science behind the dad bod

Now a team at the University of Southern California has advanced the theory that dads-to-be might also put on weight for sound evolutionary reasons. The ‘dad bod’ is a real phenomenon, the researchers say, citing studies that show dads weigh, on average, 14lbs more than their childless peers.

“New fathers deserve more study and attention,” the researchers state. “Paternal perinatal weight gain is a real and intriguing phenomenon that may have lifelong health implications for men and their families. In this new area of inquiry, there are exciting opportunities for researchers to discover why and when fathers gain weight over the transition to parenthood and how best to intervene to reduce the risk of paternal obesity.”

But dads don’t grow a baby or breast feed, so what’s going on? One evolutionary theory is that dads-to-be are primed to put on weight to prepare for potential shortfalls in nutrition during the early months after birth.

Remember, in our prehistoric past there was a real chance that food might be short during those vulnerable months when newborns need constant attention and mums are still recovering from labour.

Another theory is that dads-to-be put on weight to maximise their size and strength during this uncertain time. Weight gain may have been a response to the extra protection dads needed to provide their helpless offspring. In our evolutionary past obesity was unheard of, so gaining weight was always a sign of health, strength and vigour.

In these theories, weight gain is limited and temporary. The worry is that modern dads might be naturally predisposed to pile on a few pounds. But, unlike our all-action ancestors, lack the means to easily shed them again.

Long weekends were made for #FreshGLB! Here a loyal GLB supporter carefully balances his fresh can of Over My Dad Body Pilsner while keeping an eye on the kids. Keep living your best life. . . . . #OverMyDadBody #DadBody #DadBod #Pilsner #OntarioCraftBeer #CottageLife #Cottage #GreatLakesBeer ##MortyJenkinson #BrewedForYouOntario

The researchers identified several mechanisms that might also help to explain the ‘dad bod’, including:

It’s well known that sleep disruption and stress can lead to weight gain, as does a lack of exercise. It’s less well known that reduced testosterone levels can lead to lower muscle mass and greater fat deposits. Testosterone levels in men drop after the birth of a child, perhaps preparing hitherto reckless dads for family life and the commitment it requires. In this interpretation, the dad bod is simply an unfortunate side effect of otherwise beneficial hormonal changes.

Whatever the cause (or combination), the paper confirms what many of us who have been there and worn the wayyy too tight t-shirt already knew: dads often pile on excess pounds before and after childbirth.

So perhaps the more fundamental question is not why we do it, but what can we do about it.

Was not feeling #motivated at all this morning! All I wanted to do was roll over and turn off the ⏰ Fortunately for me this morning I heard Esther stirring and every reason I do this came back into focus. I’m doing this for myself but even more I’m doing this for the two wonderful ladies that are counting on me. My wife and daughter are what ultimately got me up and moving this morning! * * Did a lot of body weight controlled exercises this morning including dips and body weight extensions. My arms were (and still are) jello! * * * #dadswholift #nomoredadbod #dadbod #flexfitnesshollandmi #lifting #stronger #motivationmonday #lifting #faithfamilyfitness #family #fitfam #fitness #fitnessmotivation #fitspiration #fitspo #instafit

How to lose your dad bod

Healthy eating and exercise are both parts of the same weightloss coin. Here’s some tips for dads from Elliott Upton, a personal trainer with Ultimate Performance.

Dad Bods: What Does science say about the ‘dad bod’? was last modified: August 25th, 2021 by Hugh Wilson 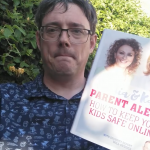 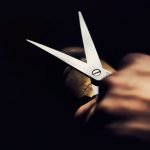 How to be a Healthier Dad in...