It’s been almost two years since that moment I first held you in my arms, and my world changed forever. I must admit I was surprised, surprised that you were a girl, who will grow up to become a woman. For no biological reason whatsoever, your mum and I had assumed that you would be a ‘he.’ That you are a ‘she’ has opened my eyes wider than I ever thought possible.

By being born a girl you completely altered my outlook on and my perception of the world. In a way that was never imaginable you gifted me the ability to see life through a female lens, in a way that no amount of previous feminist empathy could allow. In the instant of your birth, the very fact of you and your existence as a girl reordered my priorities in life.

I hear you ask. I think one of the most profound impacts of your birth on me was that you shone a glaring light on what I can only term the mascu-rade, this masculine performance that me and generations of men have had to enact.

I want, through this letter, to open up to you. I want to set the example to you that wherever you are, at home, out in the world or at work, the most important thing that you can be is your true self. I also want to set an example to my fellow fathers, to my fellow men, that there is no need to bury our true emotions deep beneath layers of those behaviours expected of us.

Abandoning the mask for my daughter

Olivia, I have lived this mascu-rade for a lot of my life but it has only been through having you, my daughter, that I have realised how heavy the mask weighed on me. More importantly, being your father has allowed me to abandon that mask. As a man I grew up with a deep-rooted sense of masculine obligation that created an expectation to always be strong and never admit to feeling vulnerable.

As a woman you have been blessed with a natural feminine energy that makes itself known through sensitivity and empathy and emotion.

This is not to say that as a man I cannot tap into this energy but I have been discouraged from making the most of these gifts. It is in this gap between the authentic self and the expected self that the mascu-rade makes itself most apparent and does the most damage.

I think my fellow fathers behave very differently at home with their children than they do when they are at work. It is as if we have to put a mask on when we go to work and we can only take it off when we come home. In some cases due to those obligations I mentioned to you before, even at home some fathers find it hard to let the mask slip, let alone fall. Between you and me Olivia, I think men need to know and need to feel that they can take that mask off at work and that it never need be on at home. Times are changing but as your father I feel that it is beholden upon me to be a truly significant part of that change.

To make that change happen for you, not only is there a need for us men to change the skills we have in our armoury, but we must take off the mask and be comfortable with being a father at work as well as at home. For your benefit I must be comfortable with sharing your care with your mummy. By working flexibly, I want to be an inspiration to you as my daughter but, just as importantly, I want to be a more inspirational person to your mummy. By doing that I acknowledge everyday that your mummy, that woman who brought you into the world, has the same equal entitlement as me to work and to pursue her career.

There is a line that a fellow father once shared with me and I will share it with you now Olivia:

“While a mother can serve as a role model, a father will show you what to expect of other men.” 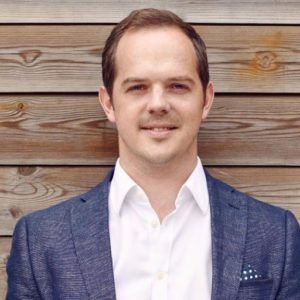 I want you to know that I thrive on that sense of responsibility. For me as your father, it is such an important mindset to exist within: it will be my behaviours that shape you far more than what is in this letter.

Each day I am trying to show you what that respect and behaviour looks like. I am working part time so that your mummy can enjoy her work and we can both be present as parents. If I am being honest and open, equality was rarely on my radar while I was growing up or during my early career. However, having you come into my life has sharpened my focus on the way things are for women and the way things need to change. Now as your father I feel an obligation to put that right, which is something I think a lot of fathers with daughters feel.

As part of putting that right, a year before you were born, alongside a woman called Lizzie, I started a company, the Hoxby Collective. I wanted to be an active parent. I didn’t want to just leave it to your mummy. I knew I needed to build flexibility into mine and her life but I didn’t realise just how profound that would become until you were born. I suddenly began to see things from your perspective. When I do have to be away from you and at work, I want you to remember that I am always striving to connect what I am doing at work to improving the world you will inherit and that gives me a great sense of purpose. Above all I want you to feel proud of what I have done and what I am doing and I want to earn your respect as a result of that.

And my hopes for you?

But my one true hope? That you will have the same opportunities that I have had as a man so very proud to call you his daughter.

Alex Hirst is co-Founder of The Hoxby Collective

About the Hoxby Collective

Founded in May 2015, Hoxby has grown from an idea between two people, Founders Alex Hirst and Lizzie Penny, who had a vision to change the way people work for the better, into a profitable community. Now with over 400 people across 29 different countries, Hoxby is on track to become a multi-million pound company in its first 5 years. Hoxby is a social enterprise built entirely from the belief that flexible working is the future of the global workforce. 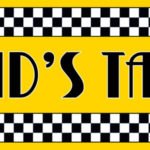 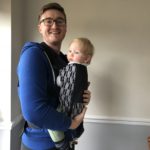