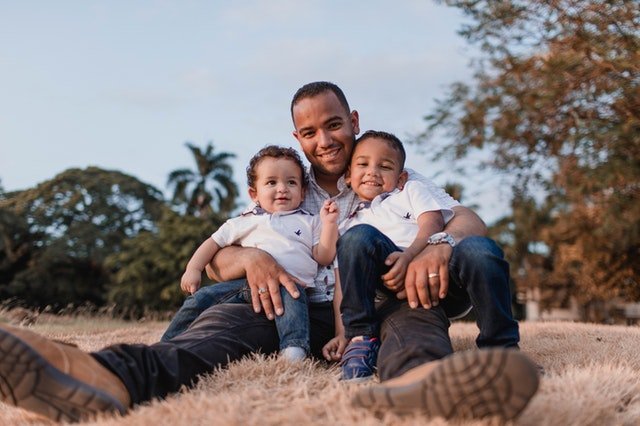 You may be in the grip of chronic fatigue or money worries, but research finds that men are increasingly fulfilled in their role as dad.

At DaddiLife we like to think we honestly report the downsides of modern fatherhood, from stress and issues around work/life balance to those awful dad jokes it is our unfortunate duty to have to tell.

But we never forget that being a dad is worth every sleepless night and every sacrifice. And new research backs that up. Fatherhood is not just fulfilling, it makes men happy. In fact, parenthood makes dads happier than it makes mums.

That at least is the conclusion of a study conducted by researchers at the University of California. They analysed research that in total involved 18,000 people, looking at measures including happiness, well-being, depressive symptoms, psychological satisfaction, and stress. They found that dads experience more wellbeing as a result of being parents than mums do.

“Fathers may fare better than mothers in part due to how they spend their time with their children,” said lead author Katherine Nelson-Coffey.

The flipside of this is that mums may spend more time on the less fun aspects of childcare, partly because dads are still often the main breadwinner, even in households where both parents work.

That mirrors research findings from 2016, which found that mothers were more stressed and tired than fathers because their experience of parenting was different. Researcher Professor Ann Meier of the University of Minnesota said: “The good news from our study is parents generally enjoy being with their kids, but the bad news is mothers enjoy it less than fathers because they do more of the ‘work’ and less of the ‘fun’ parenting tasks.”

But in many ways finding out whether mums or dads are happier is down to the question you ask. Research published by the US-based Pew Research Centre in 2015 revealed that dads were much more likely than mums to say the time they spend with children is never enough, for example.

But whether mums or dads are happier parents, what is clear is that fatherhood, for all its pressures, confers a significant level of fulfillment on men.

Dads enjoy it “all the time”

The new research also found that dads reported greater satisfaction and feelings of connectedness to others than people without children.

That isn’t an isolated finding. A 2017 study from the Pew Research Centre revealed that nearly half of dads find parenting enjoyable all of the time. As many dads as mums said being a parent was extremely important to their identity.

So are we a nation of shiny, happy dads? Not quite. The truth is more complicated than that. Dads increasingly suffer from parental guilt and struggle to break free of rigid employer expectations. But the latest research adds to a growing body of evidence that shows how worth it these tribulations are. Our children make us happy. That on its own makes all the stress and struggle easier to bear.

Are dads happier than mums? was last modified: February 21st, 2019 by Hugh Wilson 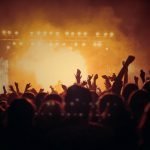 How to Have an Amazing Date with Your Partner 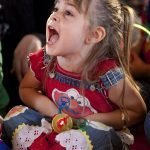