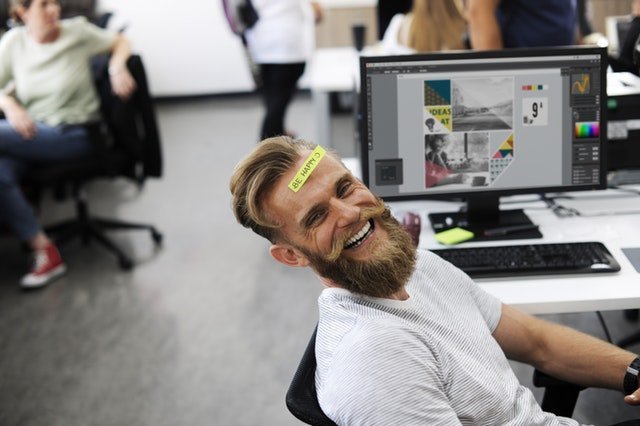 We talk to the The Parent Mentor – aka Nicki Seignot – about the tricky transition from worker to working dad.

When Nicki Seignot took her first maternity leave 20 years ago, the general consensus among employers was that, after the statutory two weeks of paternity leave, new dads should pretty much carry on as before. Men were employees, workers and bacon bringers first, and fathers second. Her own husband’s employer “just wasn’t interested” in the notion of work/life balance for new dads.

Happily, things have changed since then, though perhaps not as radically as some of us might like. As The Parent Mentor, Nicki helps businesses create mentoring programmes for parents – both mums and dads – returning to work. That in itself is evidence of the changing attitudes to parenting and work.

“In my work within businesses and organisations today, there is a corporate ambition to take a more inclusive approach to parenting policies and procedures,” she says. But still, take up remains low for Shared Parental Leave (SPL), with less than 2% of eligible couples splitting leave more equally between them.

A change in attitude not matched by pay levels

Much of the reason for this is economic, Nicki says.

“It is in no small part because families cannot afford to take the inevitable drop in pay (where employers have yet to match SPL). Money aside, many fathers express anxiety about how a request for take time off to be a full-time parent for six months would be received by their boss, and the potential impact on their career. The irony is that this anxiety echoes the dilemma that women have long felt too!”

But the change in attitude is real, among new dads more than anyone. Even career-minded dads increasingly want to play a bigger role in the lives of their young families. Allowing them to do so is beneficial for everyone.

Nicki says: “The benefit is that both parents are able develop individual relationships with their children and form a shared bond irrespective of gender. Children then see two parents taking an interest in their life and upbringing.”

If more men want to spend less time at work after the birth of a child, and this is beneficial to the family as a whole, how do we make it happen?

Many more employers should be more sympathetic to this ambition than perhaps they once were. Nicki believes that work life balance should be an ongoing conversation within organisations, for parents and non-parents alike.

But dads and dads-to-be need to be proactive too. “Practically it’s helpful to begin to think about what you might want as a new dad,” says Nicki. “You may seek out other working dads for informal advice or guidance for example. The work I do is within organisations encouraging parent-to-parent mentoring which includes new dads. These are significant, life changing transitions and it can be massively helpful to have someone you trust who’s been there before you and can offer offline support.”

She suggests dads-to-be (and perhaps new dads too) take time think about some fundamental questions:

Happy dads are good for business

When you have answered these questions, you will know about how you want your life as an employee and parent to be. Then you are ready to have a conversation with your employer.

All employer’s are different, and beyond legal requirements the outcomes of these conversations cannot be guaranteed. But many will be prepared to at least meet you half way because, as Nicki says, it is in their interests to do so:

“Businesses and organisations operate on the good will of the people that work for them and in the war for talent, who can afford to be losing good people? My husband says were he having his time now as a new dad he would definitely want to consider an employer’s culture, their policies and approaches to work life balance and parental leave.

“The difficulty can be bringing this up with an unsympathetic line manager who won’t offer flexibility for fear of setting a precedent. Yet things happen in all peoples’ lives which fundamentally impact how they feel and how they perform at work. These things may not be regarded as important to the business, but if they get ignored will have an effect on the business anyway. The organisation that values expertise and output above working hours and presenteeism will have that paid back a hundred times in productivity and loyalty.”

Nicki’s book and mentoring resources are available on Amazon. Find out more about The Parent Mentor on her website and Instagram.

Getting the work/life balance right in 2019 was last modified: January 10th, 2019 by Hugh Wilson 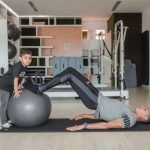 How to be a Healthier Dad in 2021: Workout Advice for Dads 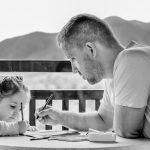 This is a very good post! The thing I’ve battled with most over the years is that some employers will penalize fathers who need to put their family first sometimes, they’ll do what they need to legally but there will be comments made, or a general attitude of exclusion given. This is getting better though. #ThatFridayLinky

Thanks Aaron. Appreciate your comment. Hopefully its something we can help raise even more this year and beyond.

This is so important. We are lucky that my husbands work are flexible when it comes to sickness. I work part time around the school runs but we take it in turns if there is sickness which makes it easier. #ThatFridayLinky