Picture the scene: the children have said in no uncertain terms that they’d rather stay at home and watch telly, read books or play games on the tablet. Outside play is the last thing they’d like to do.

And part of you thinks that might be the best plan. After all, you have some work to finish off, there’s homework to organise later and the local playground isn’t in the best state of repair. But you also have a nagging sense of guilt. You spent hour upon hour playing outside as a kid and you remember how happy you always were charging around the local park. You have a real fear that your own children aren’t spending as much time outside as they should, and could be missing out as a result.

The question is, what can you do about it? How do we make regular outdoor play a fun and healthy habit? DaddiLife asked top child psychologist Tamara Licht Musso for a few pointers. 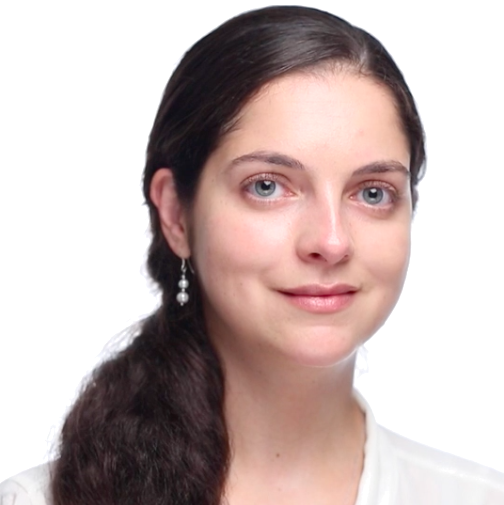 If your gut tells you that your kids would benefit from more outdoor play, it’s probably right.

“Children who spend more time outdoors may have a chance of developing healthier social skills,” she adds. “This last point is vital! Nowadays, many of the parents that I see at the clinic are alarmed by their child’s poor social skills; parents report their child to be isolated or engaging in more lonesome play.

“Outside play is a great way to help a child reinforce social skills.”

That said, it really is more difficult to encourage outside play today than it was for previous generations of parents. The days of opening the front door and sending the kids out to do as they please are well and truly over.

“Nowadays children seem to be very busy and their day looks like that of a grown up: wake up, follow a morning routine, get to school, get back home, do homework/revision, have dinner and go to bed.

“No wonder that with such a schedule, a child, even an adult, may feel tired and opt to spend whatever free time they may have, lying or sitting down watching tv, surfing the internet, playing video games or using social media.”

And of course, the outdoors can seem like a scary place, though perhaps more so to us parents than to the children themselves. Speeding cars and suspicious strangers are the stuff of every modern dad’s nightmares.

The first thing to realise is that, in the great scheme of things, keeping children cooped up indoors is a far greater threat to their health than anything lurking in the park or playground.

The second, that our fears are often exaggerated or invented.

“Parents should explore the possibility of their fears being based on ‘what-ifs’ rather than concrete facts, or that they are exaggerated by the social environment (e.g. news, social media, adverts),” says Tamara.

There’s also the real possibility, she adds, that overprotective parents will pass on an overly fearful view of the world to their children, alongside a sense of vulnerability. “This might leave the child with low self-confidence and, in some cases, with disorders such as anxiety and separation anxiety.”

Parents need to be bolder, and have more trust in their own parenting, says Tamara.  Every responsible parent will automatically be practicing the fundamentals of safe outside play, from knowing where their child is playing and with who, to being sure of the safety of the environment and the appropriateness of the activity. This goes for both younger children, who parents will accompany outside, to older ones who may go on their own.

So we know that outside play is good for our children in all sorts of ways. The next question is, how do we actually instil it as a habit?

Firstly, says Tamara, we have to set an example. “Remember, children initially learn by modelling their parent’s behaviour; it’s a parent’s role to model the behaviour of spending more time outdoors and less time in front of a tablet, smartphone, computer, TV and so on.”

So put the iPad down and get outside with your children, as much as you can. But time, as we know, is often in short supply.

“My advice for parents is to think about what would be a realistic target to set for their child to spend playing outside: 10 or 15 minutes every two days to start with and then increase gradually, for example,”

Remember, it is always better to be able to commit to a constant pattern of activities rather than an unsustainable one. For example, asking a child to play outside one full hour a day every day would be unrealistic if they are not used to it.

“The idea of gradually exposing our children to outside play is that it will give them the opportunity to explore and engage in new outdoor activities, without suddenly feeling pressured, tense and worried, as if they are losing the connection with the tech world which makes them, for now, feel ‘safe and comfy’.”

5. Go with the outside play flow…

No game, sport or activity is better than any other when it comes to outside play. As long it is age appropriate, let your children do whatever they enjoy. Give them the freedom to explore and experiment. It’s that belief that is at the heart of the DaddiLife’s association with the brilliant Sudocrem Play More scheme!

“It is amazing how far a child’s imagination can go when they are exposed to new experiences,” says Tamara. “Outside play gives them the opportunity to explore new ways of feeling happy and good about themselves.

“When a child discovers something by themselves, they experience a boost in self-confidence which reinforces their abilities as a person and makes them want to become better and keep working on making a better version of themselves. This is a great attitude for a child to carry in to his or her teenage and adult years.”

Tell us your tips for getting kids to get playing outdoors…

How to make outside play a habit was last modified: July 28th, 2017 by Hugh Wilson 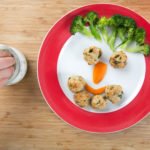 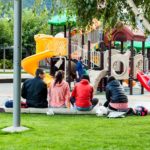 Play More – Nominate your Nursery for a £500 regeneration grant